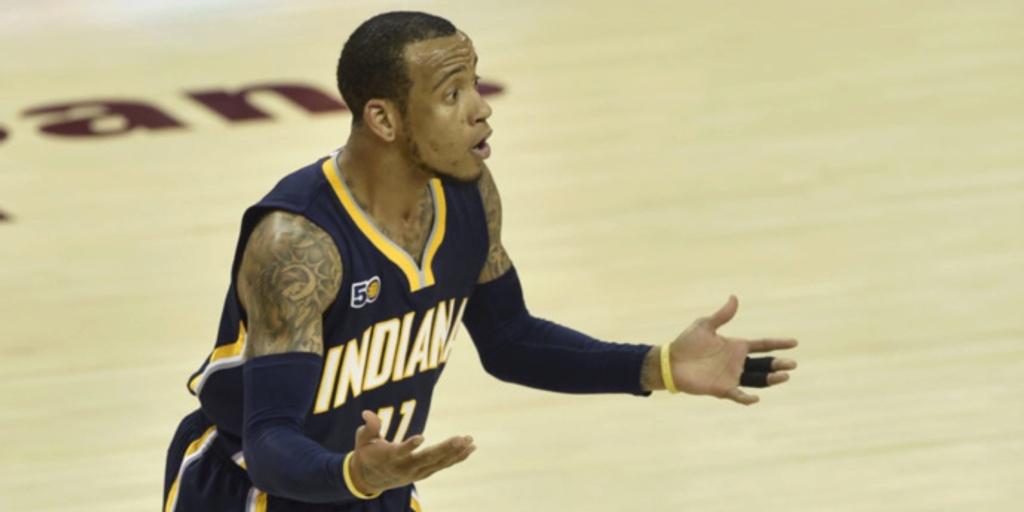 As NBA offseason nears, which teams are in the dead money doldrums?

As things currently stand, the Detroit Pistons will shell out their biggest player paycheck for 2021-22 to someone who isn't on the roster. The Portland Trail Blazers owe money to one player through 2024, even though he never played a game for the team. The Indiana Pacers are still paying Monta Ellis.

In the complex world of the NBA salary cap, "dead money" is one oft-forgotten consequence of buyouts and cuts around the league. These situations happen when a player is released with guaranteed money left on his contract. The team has to pay the rest of the salary, so they'll either foot the bill as the contract originally stated, or stretch the remaining salary over a longer period to make the payments more manageable per-year. These still count against the team's salary cap (here's a good explainer).

In many cases, the cap and financial impacts look insignificant on their own. But dead money can range from a nuisance to a handicap for franchises that often brush right up against salary-cap constraints.

When the league calendar flips in August, half of the NBA will be completely free of dead money, according to salary figures provided by Spotrac and Basketball Reference. The Memphis Grizzlies, for example, had over $29 million tied to Gorgui Dieng and Dion Waiters through this past season.

However, half of the league remains tethered to players and cap holds. A browse though the books reveals some surprising names still on NBA payrolls.

Let's start with the Pistons, who are far and away the most hamstrung organization. They'll be paying Blake Griffin approximately $29.8 million next season, easily the highest dead-money total in the NBA. Unless the franchise makes a major splash in the offseason, that number shatters the $20 million owed to Detroit's highest-paid active player, Jerami Grant.

Griffin isn't alone on the payroll. Former 2018 first-round pick Zhaire Smith is owed $1.068 million and change into the 2022-23 season. Then there's Dewayne Dedmon, who checks in as one of my favorite players in this unique circumstance.

The Pistons acquired Dedmon via trade from Atlanta last November and promptly waived the 31-year-old center. But they stretched the remainder of his three-year, $40 million deal way out. Detroit plans to pay Dedmon $2.87 million each year through the 2024-25 NBA season — without him ever suiting up for the Motor City.

Dedmon is one of two players who will assuredly get a paycheck from an NBA team without ever playing a game for them. The other is Andrew Nicholson, who has been out of the NBA since 2017. Still, the Portland Trail Blazers must pay him $2.84 million per year through the 2023-24 season. That means he'll still be cashing NBA paychecks seven years after his last game.

Most dead-contract situations are less complicated than Detroit's traffic jam. The Oklahoma City Thunder are the only other franchise with three players in dead-money territory. But the penalties are much less severe; Admiral Schofield will receive $300,000 next season, Patrick Patterson will make $737,066 next year, and Kyle Singler (inactive since 2018) will earn $999,200 per year through 2022-23.

Aside from Griffin, Nicolas Batum wields the largest single dead-cap hold. When the Charlotte Hornets waived him last November, they stretched the rest of his five-year, $120 million deal. The franchise owes Batum a bit over $9 million through 2022-23.

Including Batum, most of the biggest dead-cap condundrums stem from the lucrative 2016 free-agency period. It resulted in a ton of eye-popping deals for players, and even after things went south with the respective teams, they're still making money from that fateful July.

Batum, Joakim Noah (tied to the Knicks), Ryan Anderson (Heat) and Luol Deng (Lakers) are all making at least $5 million in 2021-22 because of contracts they signed in 2016.

How are other contenders doing in the dead-money department? Ten of the 2021 playoff squads are free of dead-cap hits. The Golden State Warriors owe $666,667 to Shaun Livingston next season, while the Boston Celtics owe just under $1.2 million combined to Guerschon Yabusele and Demetrius Jackson.

The Milwaukee Bucks join the aforementioned three franchises with a notable chunk of dead money; they're giving up over $5 million to the duo of Jon Leuer and Larry Sanders. Five million dollars may not seem like a ton in the grand scheme of NBA money-spending. But during the quest for an NBA title, droplets of cap space matter as teams try to facilitate trades, make small additions and even avoid the luxury tax.

So next time you hear a buyout rumor, think about the potential dead-money impact. One case on the horizon could involve Kevin Love. According to Rusty Simmons of the San Francisco Chronicle, there is "growing sentiment around the league" that Love and the Cleveland Cavaliers could reach a buyout agreement.

It's a tricky space to navigate, and only one of the many challenges on the plates of every NBA front office.