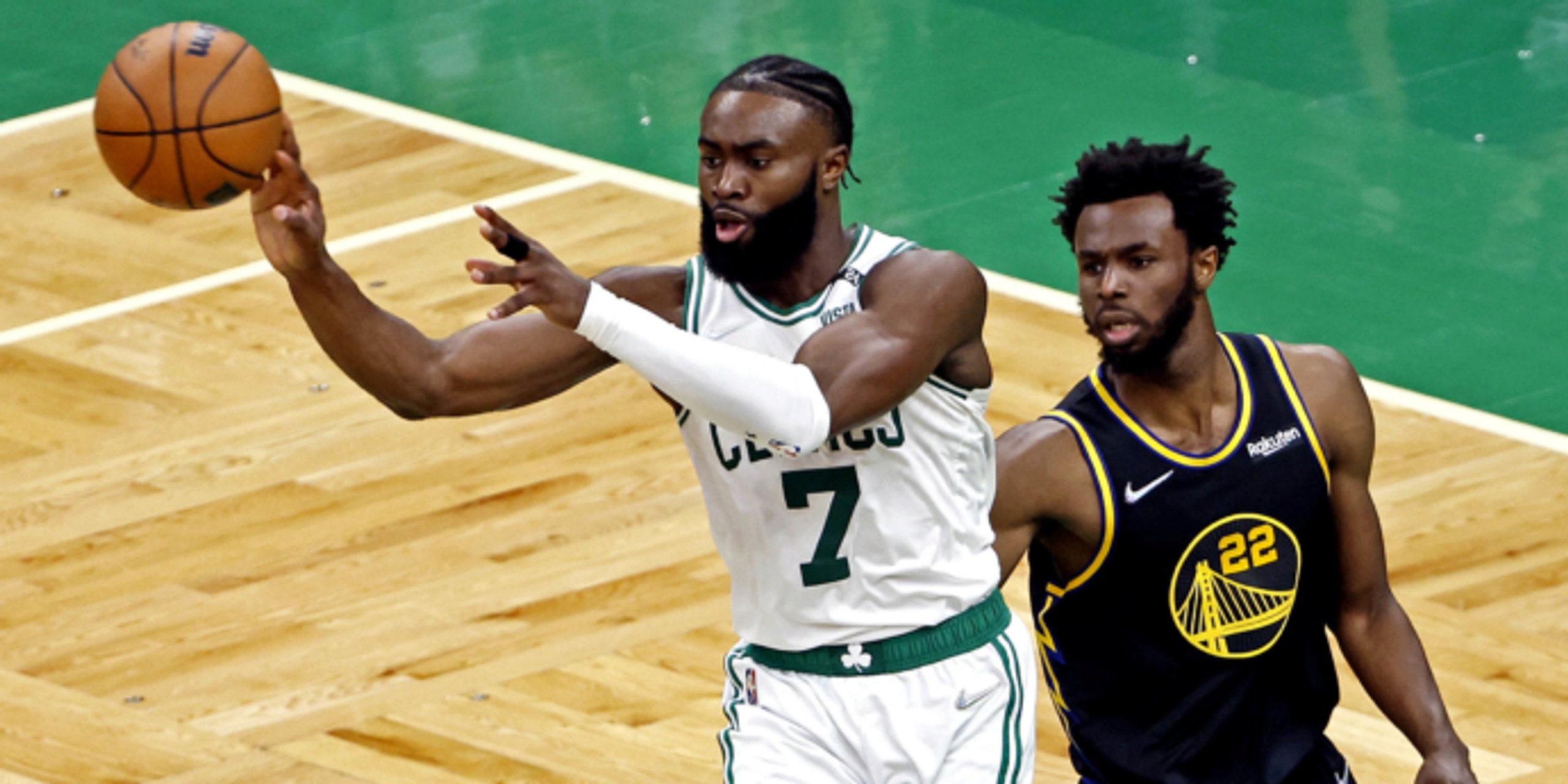 During the NBA Finals, it's easy to be so invested in the task at hand that we forget all of the history and events leading up to this moment. Sure, the Finals are the pinnacle of the season, a resting place in basketball lore, and an ultimate decider in legacy. But it always strikes me how much weight we put on these seven games.

For instance, the Boston Celtics put together an incredible defensive performance last night in Game 4... and it just didn’t matter to an extent because Stephen Curry had an all-time performance, putting up 43 points in a Herculean effort to equalize the series. Boston’s offense floundered late as the Warriors constricted driving lanes and walled off the glass, a substantial improvement from the previous game.

While we can try and take away as much as possible philosophically from this game, I want to appreciate it instead. The journey to get here, 20-plus games deep into the postseason, months after an October start to the season. There are certainly things that we can take away from the series, but how we got here feels much more indicative and worth noting to me.

There are a million lenses we can search through. Al Horford was winning his second of back-to-back national titles at the University of Florida in 2007 and now he’s participating in his first NBA Finals at age-36. There was a time early in Steph Curry’s NBA career when there were viable questions about his longevity in the league given countless injuries. “Andrew Wiggins revitalized his career,” is doing a bit much for me (he wasn’t a bust!), but he’s legitimately improved as an all-around player and become a vital part of Golden State’s core.

The other day when watching Game 3, I kept thinking to myself, “Look at Jaylen Brown, man.”

Brown is averaging 22.3 points per game in the Finals on 54.5% True Shooting, which is impressive considering how good the defense has been through four games. He’s been Boston’s most consistent offensive outlet throughout the playoffs.

Of course, box scores don’t capture everything. Brown’s decision-making can be head-scratching. His defense waxes and wanes, particularly off the ball. But, man, going back and rewinding to see who Brown was prior to entering the league is fascinating and awe-inspiring. Before he was the No. 3 overall pick in the 2016 NBA Draft, he was the No. 3 overall recruit in the 2015 high-school class (according to RSCI), which paints the picture that he’s always been this guy.

Going back through Brown's tape at Cal, it's worth noting how he's left open when he's behind the arc. His hestiancy as a shooter stands out as well.

It was jarring watching this game back and remembering how different Brown was defended then compared to now. He has become a vastly different player.

His shot was all over the place. He didn't have much versatility in it. The touch from anywhere on the floor felt uncertain and indicative of a player who would struggle to find a consistent form of a jumper in the league.

Mike Schmitz of DraftExpress and ESPN put it best back in 2016.

Timing his release differently shot-to-shot whether he's pulling up off the bounce under pressure or shooting catch and shoot jumpers in space, Brown's mechanics are not particularly reliable at this stage. He casually fades away on some attempts unnecessarily, sometimes holding the ball longer than others at the top of his shot. - Source: http://www.draftexpress.com/profile/Jaylen-Brown-72912/ ©DraftExpress

Just look at how different these two shots are.

In the first shot, he's bringing the ball across his body whereas on the second shot, he's still dipping but going straight up. There's less of a sideways sway or fade in his shot as well. The base is stronger and he seems much more compact.

Compact is a wonderful way to describe Jaylen's growth in general. He's tightened up so many aspects of his game in order to get the most out of it.

You can see shades of the same powerful strides, the outside mechanical dribbles, but notice how high up he was on drives.

Jaylen has always had an incredible first step, but his handle at the time really limited his ability to get the most out of it. Getting to the paint wasn't a problem, as he was such an overwhelming athlete, but stringing together his handle and drives into actual finishes in the paint was a struggle. He felt a bit disjointed with his body capable of moving much faster than his handle would let him go, sort of like someone who just bought a stick-shift Camaro, but they've never driven stick before.

His finishes felt rushed almost, moving on two different planes. Watch this. It's actually a pretty solid display of handle and maneuverability in tight space — his biggest area of concern outside of his jumper at Cal. However, it's super choppy. He feels sped up.

His pacing and tempo have improved astronomically since then. He can certainly fall into tunnel vision as a scorer, but it's without the level of erraticism that existed at Cal. Every game, there are a multitude of looks that bring out a "no, no, no, NO, YES?!" type of reaction from me. He has Neo-controlling-the-Matrix type stretches as a shotmaker where you could put an army of 8-foot tall Mr. Smiths in front of him and he'd still hit his shots.

Brown's ability to take like-sized wings off the dribble and generate an advantage is miles better than could be envisioned at the time.

Most importantly, and perhaps my favorite attribute that Jaylen has greatly improved, is his ability to adjust to and finish through contact. He hangs in the air endlessly, something he benefits from considering that he still has that slight hold at the top of his shot. He rises over any and everyone in the mid-range and at the rim and his strength, particularly in his core, allows him to really pop.

His implementation of Euros and greatly expanded craft as a finisher take the cake. This stunt at the nail causes a turnover or halted possession at Cal. Not today!

A late-clock isolation on a Defensive Player of the Year candidate, driving into nail help from a borderline All-Defensive-Team guard, and then getting into a nasty self-created shot from eight feet that rattles the rim and slides in. I'm not sure any play could better embody the type of player Brown is at this point.

Jaylen Brown's improvements are staggering when you compare his current skillset to his pre-NBA self. I don't want to get hasty and say he's got one of the greatest development tracks of all-time, but it doesn't feel far off! So often we see a player with physical tools and size and the bones of a potential scoring game. Brown's remarkable strides shouldn't be used as a measuring stick for others, but they should be admired. He has drastically improved and we just don't see this type of outlier success regularly.

Brown's play has been substantial for the Celtics, and will be for the remainder of the series as Boston looks to win their first championship in over a decade. A retrospective look as to how far he's come as a player provides an even greater appreciation for what he's doing today.