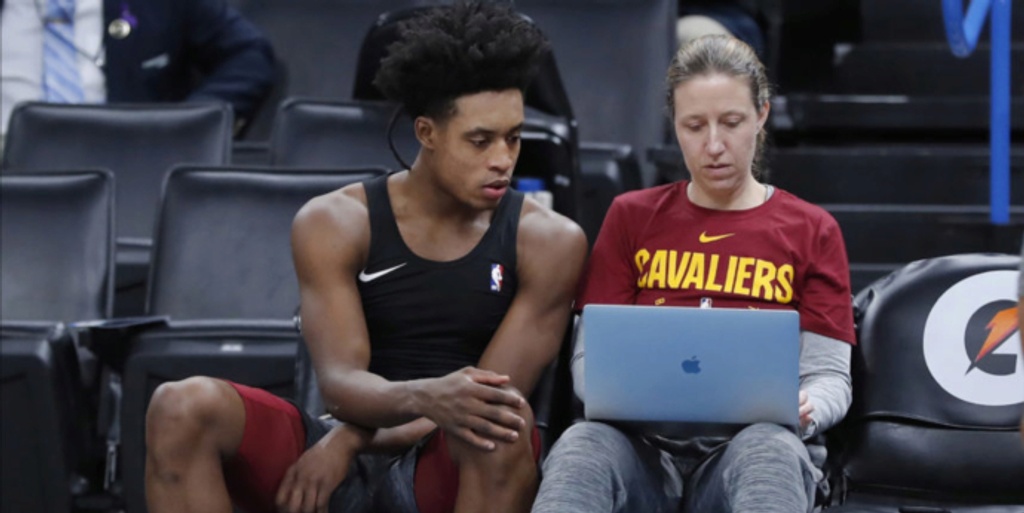 A beginner's guide to NBA stats: The three types of statistics

The SportsCenter clips vs. the spreadsheet. The eye test vs. the analytics. "Seeing is Believing" vs. "Numbers Never Lie."

Sports fans have created this "rivalry" between film geeks and analytics nerds when, in reality, those two libraries of knowledge complement each other seamlessly. No human can watch every single moment of every single contest, and likewise, no data point can capture every literal aspect of a basketball game. The best writers and experts I know can slide willingly between both schools, using them to understand the nuances of the sport while covering for blind spots and bias.

Stats are cool. They're easy to visualize, they make for convenient comparing, and they can boil a lot of basketball down to a single number. But there's a reason people don't have computers running professional franchises. Metrics are often misunderstood, misused and overemphasized, leading to some crazy conclusions simply because a random set of numbers points in that direction. There is no such thing as a bad stat, but it can quickly be invalidated if the user doesn't understand it.

I'm not a statistician — I actually dropped my Statistics minor in college because I was struggling to stay on top of a computer programming class. But I love basketball, I love reading about basketball, and I love trying to learn how some of the world's greatest athletes do what they do. So I'm putting together my philosophies on using stats to better understand the game, and hopefully it'll at least give you a way to approach debates with the giant asteroid field of numbers out there.

To me, almost all basketball stats fall under one of three umbrella groups:

No one category is better than another, but they each colorize a player or team's impact in different ways. Let's get into each, and I'll give you one of my favorite (free!) "advanced" stats from each category:

Event stats are pretty straight-up: What happened? Most of your box-score stats are here; points, rebounds, assists, steals, fouls, etc. all total up what went down in a single game or season. They're often attached to a scoring play, a missed shot or a turnover — something you can easily point to and say, "Oh, something just happened there."

The problem with event stats are that they usually get attributed to a single player, when in reality, all five players on the team could have contributed. Did LeBron James receive a bad pass that he had to hoist up late in the shot clock? Welp, that's a missed field goal. Did Giannis Antetokounmpo have a wide-open dunk because Khris Middleton drew two defenders away with a nice cut? Middleton gets no credit. It's one of the many reasons people watch film — to see what the stats don't capture.

However, event stats can be useful for collecting major plays, and many more exist that don't get covered in your typical box score. I've always been a fan of deflections, which you can find on the NBA's official stats site. Deflections are, as written in the NBA's glossary, "The number of times a defensive player or team gets their hand on the ball on a non-shot attempt."

Most would agree that, even if a defender doesn't generate a steal, getting an active hand on the ball disrupts the offense and takes time off the shot clock. Here were the NBA's deflections per-game leaders from last season:

How did Russell Westbrook average a triple-double? How did Stephen Curry lead the league in threes made? Explainer stats dive into how a player or team made the plays that they made and add some context to the event stats.

These categories can range from the very general, such as field goal percentage (that stat is a whole different conversation), to the extremely detailed, i.e. three-point percentage after taking seven or more dribbles. I love a good explainer because it allows me to get specific as far as what I like about a player. Instead of saying, "Nikola Jokic is a bucket because he scores a lot," I can say, "Nikola Jokic is a bucket because he shoots threes off-the-catch well, drives well, and is one of the best post-up players in the league based on these stats." Which sounds more convincing to you?

What's wrong with explainers? The nitty-gritty ones often rely on player tracking data, which can range from iffy to downright wrong at times. If you're tracking shooting defense, for example, how does the tracking system know what the player's goals are and who they should match up against? Maybe a play breaks down and a defender has to sprint out to contest a shooter they weren't even supposed to be guarding, but they might be labeled as the primary defender anyway.

So while these stats would ideally be extremely helpful, the data should always be taken with a grain of salt. Watch the film too.

At-rim finishing is one of my favorite explainer stats. It's easy to track and NBA teams are always looking for players who can get easy points near the basket. Here were the leaders in restricted area field goal percentage last year (per NBA Stats, min. 100 shot attempts):

With any stat, the ultimate question you're trying to answer is: How good is Player X? But impact estimators are pretty explicitly trying to assess a player's impact, whether it be in a specific skill or their overall on-court value. Some of the most basic estimators out there include offensive and defensive rating, as well as plus/minus.

But impact estimators can get complicated and daunting. Companies, front offices and branches hire folks whose sole responsibility is to come up with a metric that can accurately protray basketball impact. Formulas are tested and re-tested by professional analytics minds who work extremely hard to create the gold standard of a hoops quantifier. It's an admirable, albeit scary, pursuit.

To effectively wield impact estimators, you have to fully understand how they are built and what they are trying to say. A classic misstep is when people use defensive rating to say Player X is a good defender. Defensive rating is a misleading name; it's a team-based stat that shows how many points per 100 possessions the team gave up while Player X was on the court. There's only so much a player can do for their defensive rating if they're on a terrible defensive team.

So don't be fooled because someone slapped a cool name on a stat. Understand what other stats go into the formula and what it's ultimately saying.

Here's a popular impact estimator: True Shooting percentage. The formula is relatively simple and it provides a summary of a player's efficiency for all shot values (here's a good article about it). While most efficiency stats skew heavily toward bigs because they take closer shots, True Shooting percentage has a slightly better balance while still making sense. Here were the leaders from 2020-21:

Is Ivica Zubac the best shooter on the planet? Probably not. But he was extremely efficient with the shots he got last season. Stephen Curry is ranked 11th (65.5 TS%), and with him taking so many threes, that's quite impressive.

So in my overall approach to using NBA numbers, I sort an interesting stat into its larger category, I remember the pitfalls of using that type of metric and I understand that a single number will never provide the full flavor of seeing what the player did on the court. And like I said, I am no expert; the goal should always be to keep a growth mindset.

Stats, just like highlights, should never end a basketball discussion — only make it more insightful.