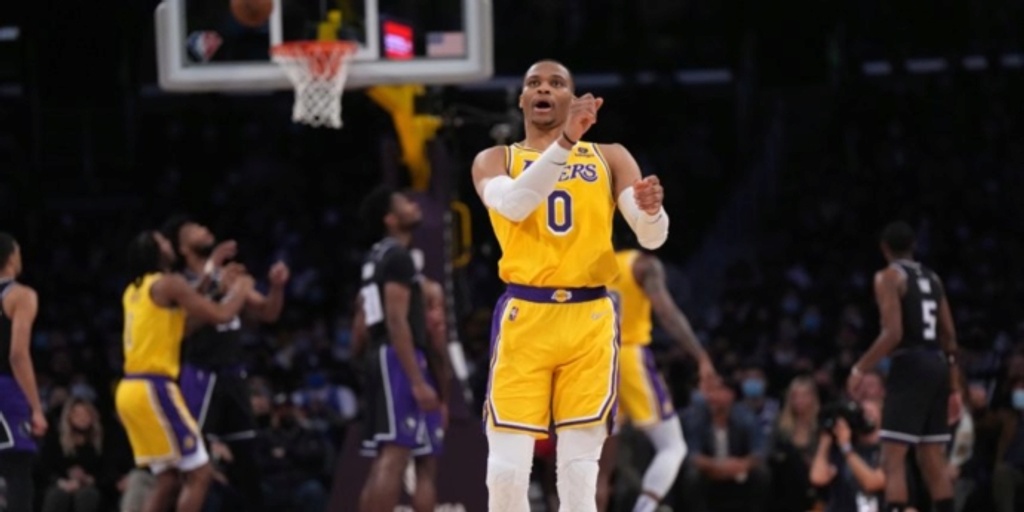 2021 Offseason redos: Decisions teams wish they could take back

The NBA offseason is packed with entertaining events. In a matter of three or so months, the league undergoes free agency and trade season – and that’s almost immediately after the Finals and the draft. And while everyone gets to experience all that is great about the NBA in a relatively short amount of time, it makes for a busy and pressure-filled time for NBA front offices – that can result in miscalculations.

The 2021 offseason had some abnormalities to contend with. The uncertain financial impact of COVID-19 and the free agent signings in the months leading up to free agency resulted in an underwhelming offseason.

Still, free agent signings and trades happened, even if it was on a smaller scale than normal. And what must surely result from NBA transactions? Regrettable transactions.

After seeing more than 40% of the season we can realistically judge the offseason’s transactions with a modicum of accuracy. Sure, multi-year deals can’t be graded in their entirety after less than half of a season, but slumps rarely persist for almost half a season, too. That leaves us in a gray area of sorts. Still, the impact of adding a player to a team’s present and near-future salary cap is very real. So, after observing approximately half of a season, let’s identify the worst deals of the 2021 offseason.

Entering this season, Fournier was widely seen as an above-average scorer and playmaker. He represented a relatively big upgrade from Reggie Bullock for the Knicks, providing much needed offensive versatility. So, while the pairing felt a bit off (given the Knicks defensive-mindedness), the four-year, $73 million contract seemed like only a minor overpayment.

The fact that the Knicks are in such hot water indicates a degree of buyer’s remorse. So, while their future is still quite bright thanks to their younger players, their salary cap optimism has probably been muted. The fact that Bullock was lured away by the Dallas Mavericks for a three-year, $30.5 million contract only adds to the team's frustrations. And while that’s a hefty contract, too, considering it’s netted just 6.0 points per game on 28.7% shooting from deep, it’s quite a bit less than the Knicks are paying Fournier. But Bullock aside, the Knicks might wish they could get a redo on this one (although maybe not quite as much, after Thursday night's career-high scoring effort from Fournier).

Did anyone outside the Lakers’ front office really think this was a good idea? Westbrook is a dynamic, albeit polarizing, player who’s produced some of the most amazing individual seasons we’ve ever witnessed. But he was never a fit for the Lakers – and, namely, not a good fit alongside LeBron James.

On a positive note, Westbrook's contract is up after next season. So, the long-term impact is limited, even if he is still owed more than $90 million between this season and 2022-23.

There's also the fact that the Washington Wizards are in the playoff picture in the Eastern Conference, and their depth has a lot to do with that. Kyle Kuzma, Kentavious Caldwell-Pope and Montrezl Harrell are averaging at least 25.4 minutes per game. Harrell is actually posting a career-best 25.1 PER. The Lakers could use that depth. Just look at their top minute getters: James (36.9 per game), Westbrook (35.8) and Anthony Davis (35.4) lead the way. After the Big Three, it gets messy thanks in part to COVID. Talen Horton-Tucker gets 28.2 per game, Carmelo Anthony receives 27.1 and Stanley Johnson – who was just signed last week – is averaging 25.2. Isaiah Thomas, Avery Bradley, Wayne Ellington and Austin Reaves are all averaging more than 20 minutes per game, too. Now imagine if they had a more talented rotation of role players…

Next, there are the rumors that the Lakers were in advanced talks with the Sacramento Kings about swapping Kuzma for Kings sharpshooter Buddy Hield instead. Hield-to-Los Angeles makes so much more sense. He’s the type of player who does well in a catch-and-shoot role. Hield is shooting better than 40% on threes across his 424 game career. Plus, the Lakers would have kept Harrell and Pope, meaning that the 15th best long-range shooting team could have added a top shooter (while subtracting a seriously subpar shooter in Westbrook ). Not to mention, they could have hung on to two quality role players.

And finally, there’s the reality of James’ age and career trajectory. James is still playing insanely well, especially for a 37-year-old. But let’s be honest, it won’t be that way forever. In all likelihood, he will show more signs of aging over the next season or so. Unfortunately, Westbrook being signed through the end of 2022-23 eliminates cap flexibility, meaning that additional help will be hard to find until 2023-24, at which point James will turn 39. That's not a great outcome for a team hoping to win at least one more championship with their current core. 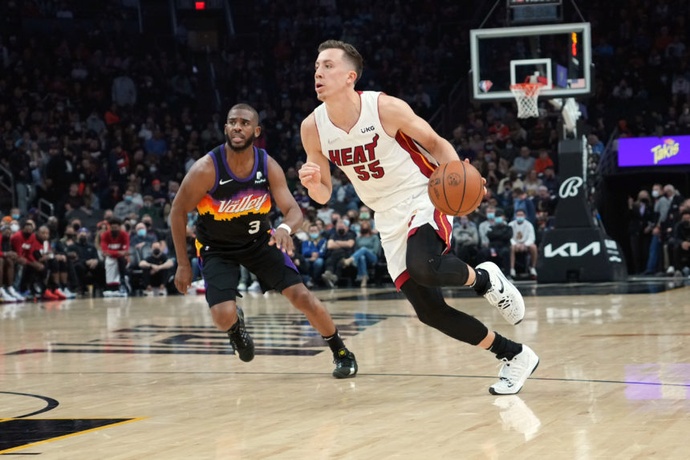 As the NBA season approaches its midway point, the Heat are pretty much exactly where we thought they would be. They’re currently in fourth place in the Eastern Conference, boasting the seventh-best defensive and offensive ratings. And Kyle Lowry has fit perfectly with Miami’s culture. But one thing isn’t working, Robinson – and it’s surpassingly due to a lack marksmanship.

Robinson signed his first big deal this past offseason to the tune of five-years and $90 million. And while that’s a lot of money, Robison’s shooting touch nearly warranted it. He shot 40.8 percent on 8.5 long-range attempts last season and 44.6% on 8.3 attempts per game in 2019-20.

Ultimately, the bounce back performance of Tyler Herro is overshadowing Robinson’s poor play, and the law of large numbers will probably win out with Robinson bouncing back at some point. In fact, there is a glimmer of hope in that he shot 37.6% on threes in December, which is less than ideal but better than he did in October and November.

A five-year, $90 million contract sounds like a lot, but to be fair Joe Harris signed a four-year, $75 million deal in late 2020, and Davis Bertans signed for five years and $80 million. Ironically, both players have been mentioned as being available this season, but Robinson signed at the going rate for a great knock-down shooter. If Robinson can get his shot back, this deal becomes infinitely more bearable.

The fact that players are assets is an unfortunate truth of professional sports. Love them or hate them, if players underperform for long enough it will inevitably draw the ire of their teams. What happens from there varies from team to team, but the business of basketball wins out more than not.