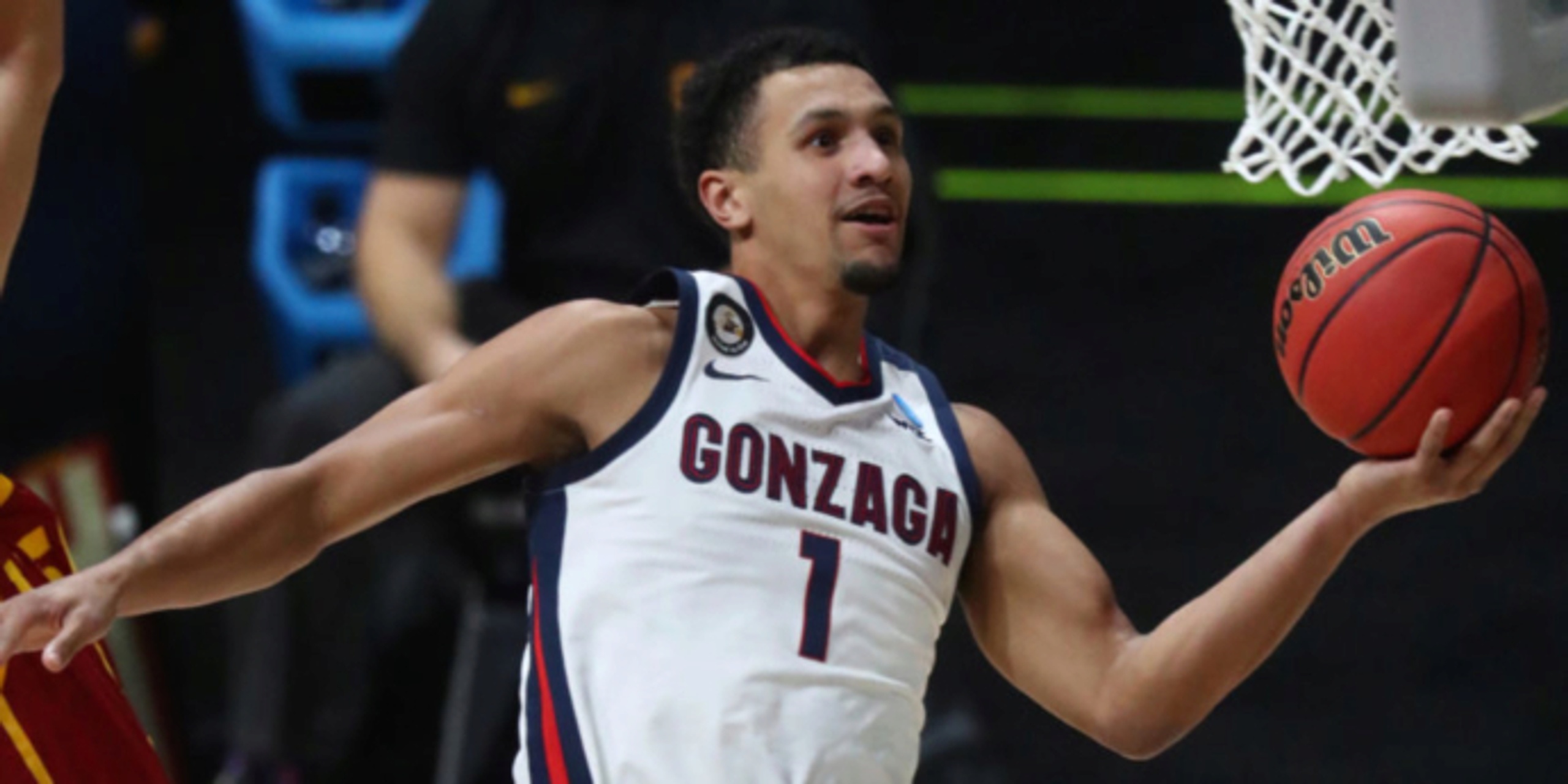 The Final Four tickets have been punched.

As Gonzaga, Baylor, Houston, and UCLA prepare for April 3 in Lucas Oil Stadium, we’re excited to get a prime-time look at some of the 2021 NBA Draft’s premier prospects. I previously covered prospects who raised their stock after the Round of 64 and 32, but here’s who to keep an eye on next week.

Suggs has been as advertised as a freshman, and is widely projected as a top-5 pick. He is highly intelligent, a versatile scorer, and his football background shines through on the defensive end with his incredible instincts. Suggs has the making of a potential franchise player at the NBA level. Averaging 12.5 points and 4.7 assists in the NCAA Tournament, he’ll look to solidify his Gonzaga legacy with a run to the championship next week.

Kispert tested the NBA Draft waters in 2020, but ultimately returned to Gonzaga for his senior year. The decision has worked out well for him, not only because he has a shot to play for a National Championship, but because he’s now regarded as one of the most NBA-ready prospects in this class. Kispert is a sharpshooter in every sense of the word, and has proven to be a disciplined, reliable decision-maker on both ends. He’ll play a vital role for the Bulldogs against UCLA, and will look to push his stock even higher.

After one season at Auburn, Mitchell transferred to Baylor, and as a junior has solidified himself as one of the best guards in the nation. His burst makes him a nightmare to stay in front of with the ball in his hand; this season, he averaged 14.1 points and 5.3 assists, while also shooting 45% from three on 4.7 attempts per game. Mitchell is a physical and tenacious on-ball defender, and has the potential to make an impact on both ends at the next level. Don’t be surprised if Mitchell flies up Draft boards during the pre-draft process.

Butler is one of the best shooters in the country both off the dribble and the catch. As of today, he’s hitting 40.4% of his threes on 6.1 attempts per contest. He’ll need to shoot well for the Bears to defeat Houston, who are ranked No. 7 in the country in adjusted defensive efficiency. He’s a terrific playmaker and crafty around the rim, and due to his potential to provide reliable point guard minutes at the next level, he is expected to declare for the 2021 NBA Draft following March Madness.

The former McDonald’s All-American spent his freshman year at Kansas, transferred to Houston in 2019, and has since come into his own. Shooting 41.2% from deep, he has a quick release and wastes little movement in his mechanics, providing promise to becoming a big-time shotmaker at the NBA level. With his next make from behind the arc, he’ll eclipse 100 made threes on the season. He’s averaging 18 points per game in the Tournament, and will face a tough test in the Baylor defense next week.

Due to the Gonzaga roster being loaded with future pros, Ayayi remains one of the most underappreciated players in the country. Thanks to his playmaking ability and shooting, he averaged 11.8 points, 7.1 rebounds, and 2.8 assists this season. Now a junior, Ayayi will have a big decision to make on entering the 2021 Draft, so he’ll be one to track as he gathers feedback from NBA teams.

One of the most skilled big men in the country, Timme posted 23 points in Gonzaga’s rout of USC in the Elite Eight. He seemingly got any shot he wanted around the rim, which is right in line with his 19 points-per-game average this season. With the value of the center position fluctuating in today’s NBA, his skillset, footwork, and ability to score could help him land an opportunity. Many know him for the mustache, but he’s got the game to go with it.