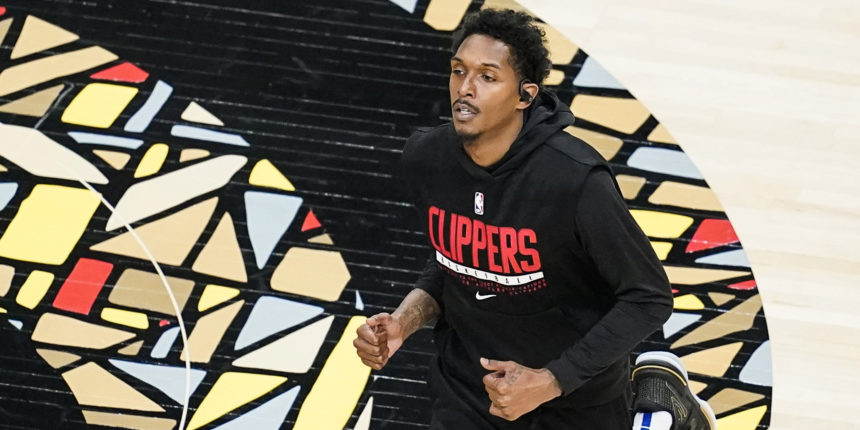 In the end, the 16-year NBA veteran decided he did want to play for his hometown team.

Williams joined the Atlanta Hawks ahead of their game Tuesday night in Phoenix against the Suns, nearly a week after he was dealt by the Los Angeles Clippers at the trade deadline for guard Rajon Rondo.

After four seasons in L.A., Williams was admittedly shaken that the Clippers would decide to part with him.

“It hurts,” he said on a Zoom availability from Phoenix. “I had a lot of investment there. We had some success. We were gearing up for another deep run, a championship run. That what my mentality. I thought I would finish the season there."

After thinking things over, Williams decided against retirement. He feels like he can help the youthful Hawks make a push toward their first playoff berth since 2017.

“I still feel like I can play at a high level," the combo guard said. "I feel like I can help this team do some things. I don’t want to look back and say I retired prematurely, be asking myself what could have been or what I could’ve done. This is an opportunity to finish out the season with this team and go from there.”

The Hawks went into their contest against the Suns having won nine of 12 games, pushing into playoff contention in the tightly bunched Eastern Conference since Lloyd Pierce was fired and Nate McMillan took over as interim coach.

They are counting on Williams to provide an extra scoring option off the bench, a role the three-time Sixth Man of the Year winner has played throughout his long career. He averaged 12.1 points a game in 42 appearances with the Clippers.

Williams was not going to take the court right away for the Hawks, a team he played with for a couple of seasons nearly a decade ago. It’s an entirely new group, of course, led by budding stars Trae Young and John Collins.

Williams only just met most of his new teammates, so he wanted to take at least one game observing their style and rotations from the bench.

The Hawks are winding down their longest road trip of the season — an eight-game, two-week jaunt spent mostly on the West Coast. Williams will get his first chance to play before the home folks on Sunday, when Atlanta hosts Golden State.

Williams grew up in suburban Atlanta and came to prominence at South Gwinnett High School. The 34-year-old still lives in the city and does look forward for a chance to add to his legacy in a second stint with the Hawks.

“It’s not personal against the Hawks,” Williams added. "I just needed time to figure out what’s best for me at this stage of my career. Now that I'm here, I feel embraced. The guys seem to want me here. I’m ready to make this push and move forward.”