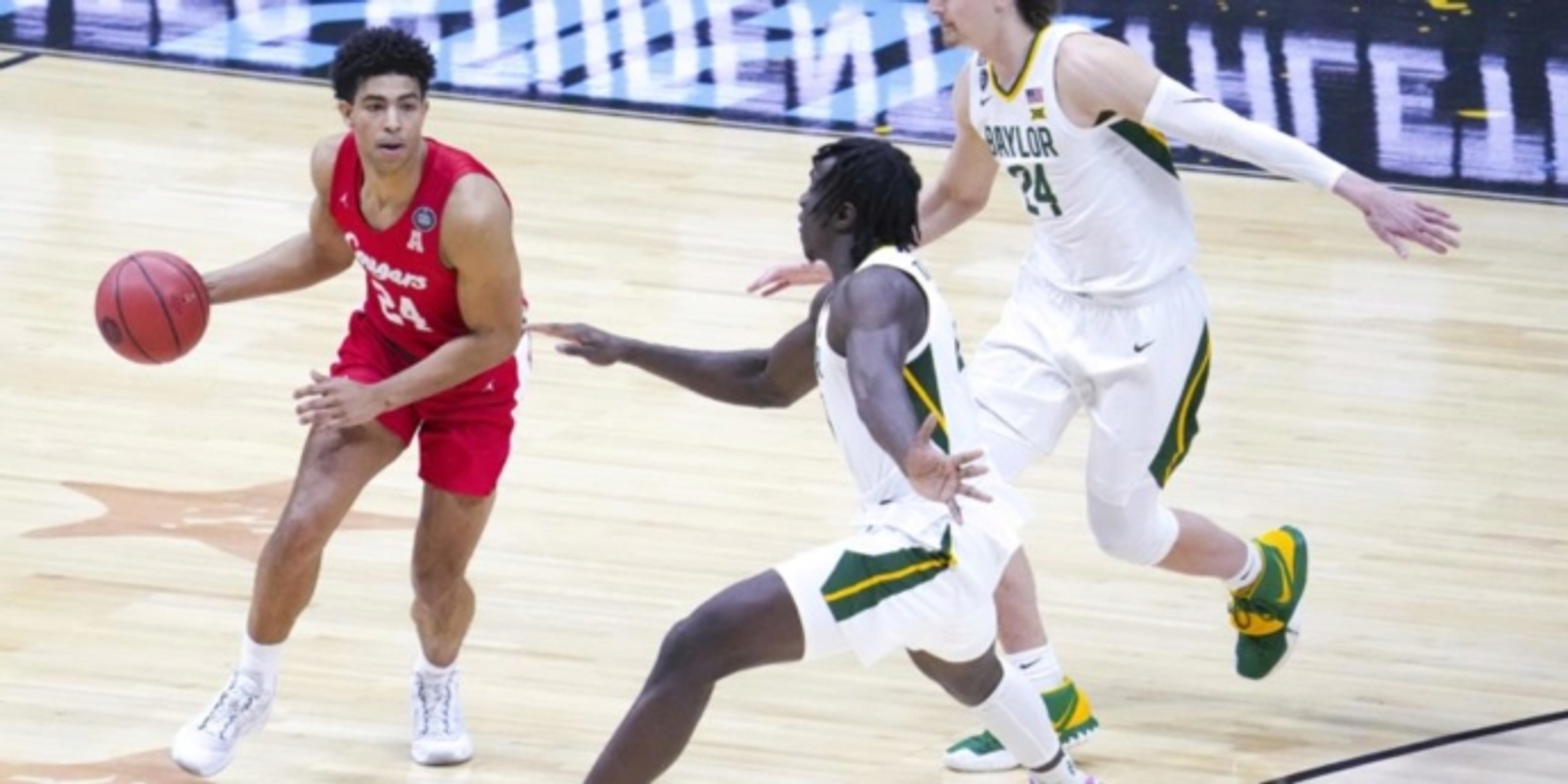 The New York Knicks have selected Quentin Grimes with the No. 25 overall pick in the NBA Draft.

New York traded back from No. 21 with the Los Angeles Clippers, receiving a 2024 second-round pick via the Detroit Pistons.

ANALYSIS: The former McDonald's All-American came into his own last season with the Cougars, scoring over 17 points per game while solidifying himself as one of the best shooters in the country. With good athleticism and playmaking, Grimes has a real chance to carve out a role for himself in the NBA. He struggled with inconsistency at times, but the sharpshooting makes him a viable option in this month's Draft.