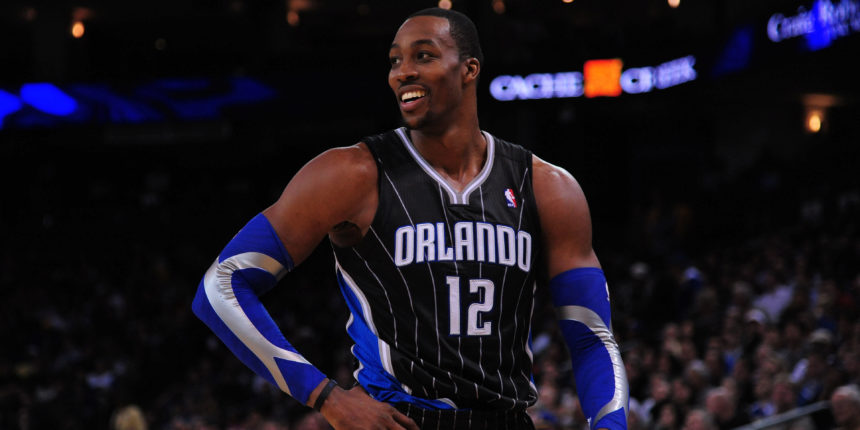 New Golden State Warriors coach Mark Jackson instructed his players to intentionally foul Dwight Howard all game long. With no true rim-protector on the roster and no one who would even contain Howard one-on-one — Andris Biedriņs was the Warriors' starting center at the time — Jackson tried to break D-12’s rhythm by constantly sending him to the free-throw line. The strategy killed the flow of the game, making it a hard one to watch.

“I’m looking at them like, ‘We’re not going to run a play. He’s going to foul him,” then-Orlando Magic head coach Stan Van Gundy said after the game. “What are we going to bother with? Diagramming a play? Make the free throw, play some defense.”

Golden State's strategy resulted in Howard getting to the line a record-setting 39 times, which broke the previous regular-season record held by Wilt Chamberlain, who attempted 34 free throws on Feb. 22, 1962 against the St. Louis Hawks.

"I just tried to be aggressive and get to the line. I didn’t care if I missed 30. I was still going to go up there and shoot the next one with confidence," Howard said after the game.

While Howard only converted 21 of his 39 free-throw attempts (53.9%), the Magic superstar finished the game with 45 points and 23 rebounds, leading his team to a 117-109 road win in The Bay. Additionally, Dwight also became the first player to put up at least 40 points and 20 rebounds in a regular-season game since Shaquille O’Neal.

Howard ties the record in his first return to Orlando

The next season, after his offseason trade to the Los Angeles Lakers, Howard tied his own record for free-throw attempts. Ironically, it happened in his first return to Orlando on March 12, 2013, with his former Magic team using the same tactic Dwight himself once described as “disrespectful.”

Like the Warriors did, Orlando tried to intentionally foul Dwight to throw him off his game. But once again, such a strategy backfired. Howard converted 25 of his record-tying 39 free throws — 16 of 20 in the second half — and helped his team secure a 106-97 victory on the road. He finished the game with 39 points to go along along with 16 rebounds and 3 blocked shots.

“I wasn’t nervous tonight. I was looking forward to playing here,” Howard said of his return to Orlando. “It was a hostile environment, but I think that was something that was good for me. For my progress as a player, I think I needed that tonight.”

Despite enduring boos throughout the entire game, Dwight left the floor thankful for the support he received during his eight-year run with the Magic. Playing the way he did that night, facing his biggest on-court weakness and, by his standards, overachieving, only sweetened the experience.