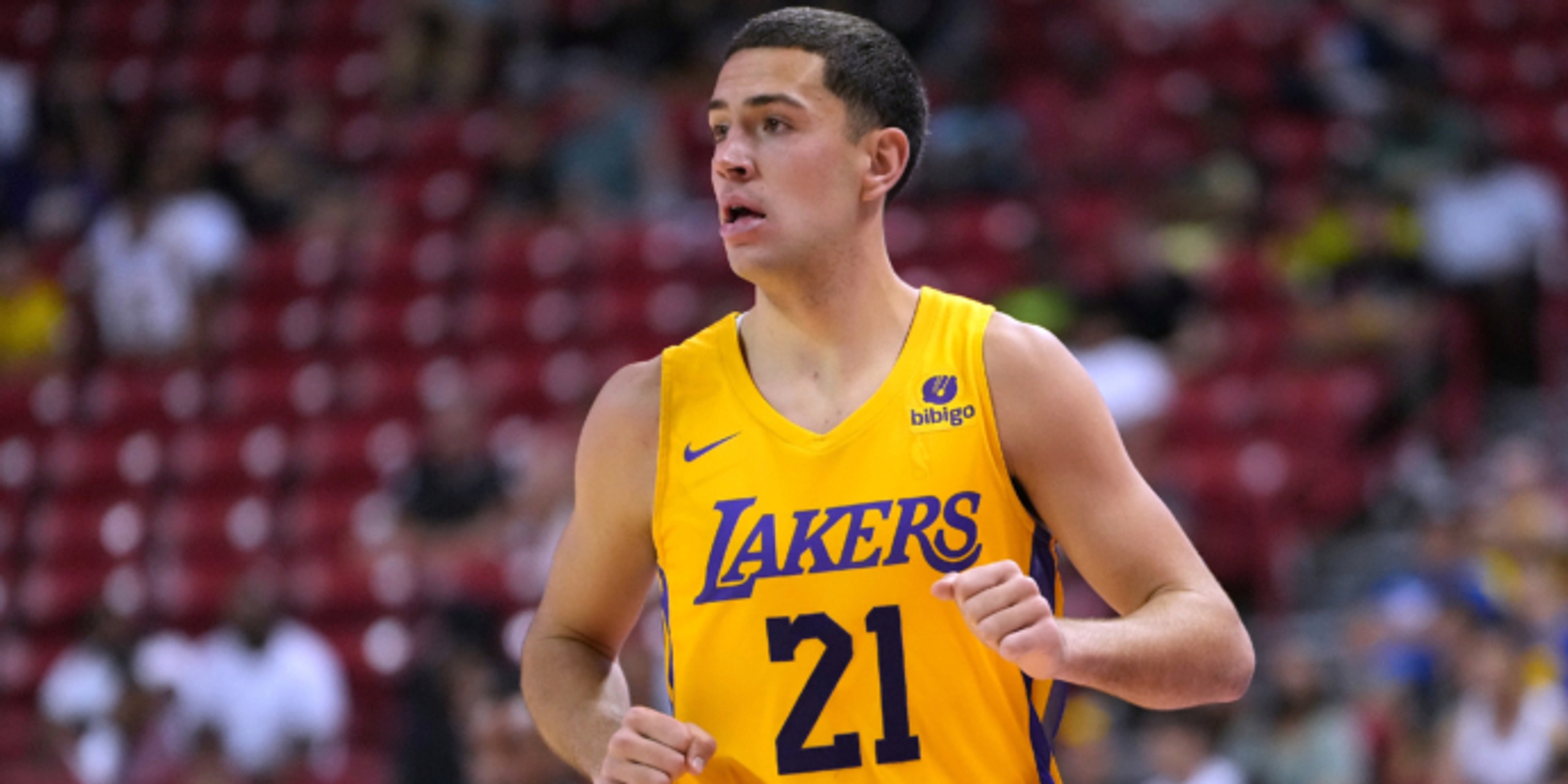 We're entering the home stretch of Summer League in Las Vegas, and some players who are fighting for their NBA futures have maximized these final days.

Four undrafted players made the "studs" list from Friday's action. As teams continue to pull their top picks from the rest of the competition, these longshots are receiving the minutes and audiences they need to make a statement. I personally enjoy seeing new names pop up with a statement performance.

It may just be Summer League, but these efforts can propel players to training camp invites and positive impressions on coaching staffs.

Let's see which players made a name for themselves on Friday:

Another big game for @bboston_ 🏀

Brandon Boston Jr. powers the @LAClippers in their #NBASummer win with 22 PTS, 8 REB and 2 STL! pic.twitter.com/hKRKMdRBBT

Boston has played through some growing pains as a lead option for the Summer League Clippers' offense. Friday felt like a noteworthy step forward for the 2021 second-round pick. Boston slid confidently into pull-up threes and mid-range shots, taking what the defense gave him. He also used his 10 added pounds of weight to absorb contact at the basket.

Boston's long arms and strides make him difficult to contain when he gets a driving lane. He dished out dump-off passes and corner kick-outs as well to complete the stellar offensive showing.

Queen earned G League MVP honors while with the Rio Grande Valley Vipers last season. This game helps build his case for a role at the next level. Queen drilled tough triples and took off on one driving layup with a nice hesitation crossover. He made some great passing reads when he drew two defenders, and displayed some apparent synergy with backcourt mate Isaiah Joe. Queen agreed to a two-year contract with Philly on the first day of free agency, so the 76ers obviously wanted to get the 25-year-old involved with the team.

A different Thunder player seems to step up in just about every Summer League game. This time, it was the 2021 second-round big man. Robinson-Earl gobbled up rebounds and outworked Golden State inside. His footwork and craft around the basket were extremely impressive. My favorite play came when JRE attacked a Jonathan Kuminga closeout and worked along the baseline all the way to a reverse layup. He might not be an overwhelming vertical athlete, but Robinson-Earl is quick and shifty for a shorter big man.

Just another bucket for Keegan Murray 😎

The buzzer-beater gives him 8 PTS to go with 6 REB as the @SacramentoKings lead after 1 on NBA TV! pic.twitter.com/883Ij24TGI

Another day, another Keegan Murray showcase. The No. 4 pick pulled down his highest rebound total in a Summer League game to date, and once again demonstrated versatility as a scorer. Murray used screens and cuts to build downhill momentum and finish layups, but also took players off the dribble by himself. His highlight play came on the above shot, when Murray fired home a contested turnaround three-pointer to beat the first-quarter buzzer. Kings fans have received just about everything they could have hoped for in Murray's Vegas run to date.

Schakel logged his second Summer League outing of 20-plus points in Washington's win against the Pacers. The 24-year-old knocked down two floaters as he felt his way through Indiana's defense. He also cut and relocated expertly to find easy paint chances and drilled one step-back three-pointer. Schakel picked up one significant block where he switched inside and met Simi Shittu at the rim. A 6-foot-6 wing, Schakel played last season on a two-way contract with Washington.

Cole Swider comes through with 21 PTS to pace the @Lakers in their #NBASummer victory! pic.twitter.com/g0spJ502JB

Swider caught fire from long range, leading the Lakers to a win with his perimeter prowess. His made threes mostly came off of movement and relocation. Swider can easily square himself up to the basket and has a quick, repeatable form. At 6-foot-9, he can also rise over smaller defenders and appears unfazed by contests. Movement three-point shooting will always be a need for today's NBA teams — particularly next to guys like LeBron James. Swider is a worthwhile flier as an undrafted rookie.

The @Raptors hold on for the #NBASummer win as Jeff Dowtin fills the stats sheet with 16 PTS, 8 REB, 5 AST and 2 STL!

I have waited so long to give Dowtin his flowers and now is my chance! The 6-foot-3 guard has been one of my favorite players to watch in all of Summer League, and on Friday he put down another rock-solid effort. Dowtin is just such a smart offensive player. He knows how to use his body to create and absorb contact, and shot 7-for-8 from the free-throw line in this one.

Dowtin is showing shooting improvement (36.4% on threes in Vegas) and makes quick, smart passing decisions (two turnovers in Vegas). I'm such a fan of the pace and poise at which he plays.

Champagnie was one of the more efficient all-around shotmakers in college at St. John's, but he hasn't found his touch at Summer League. The 21-year-old rookie mostly attempted spot-up looks near or beyond the arc, and only got one stop-and-pop attempt to fall. He was not a threat at the basket or as an off-dribble connector. Philly has inked Champagnie to a two-way contract, so he'll have time to settle in with the Delaware Blue Coats.

Watson has been a solid overall defender in my view, but his scoring efficiency is an eyesore. Outside of one 19-point game, the first-round pick is a combined 8-for-35 from the floor in his other contests. Here, he took some wild layup attempts and lost his mojo from beyond the arc. A lot of the correct processing and shot selection is there with Watson, but it's going to take time for him to iron out some consistency.

This was another rough, inefficient performance from one of the last year's best Summer League players. King missed threes he needs to make and rarely attacked closeouts. When he did, King often didn't explode quickly enough, and defenders could catch up to force bad shots. He missed some passing reads I thought he should have made. It was difficult to watch because I've been a fan of King's game since he went undrafted in 2019. He's shown enough in past years to earn some shot at the NBA level, but this week has not helped his case.