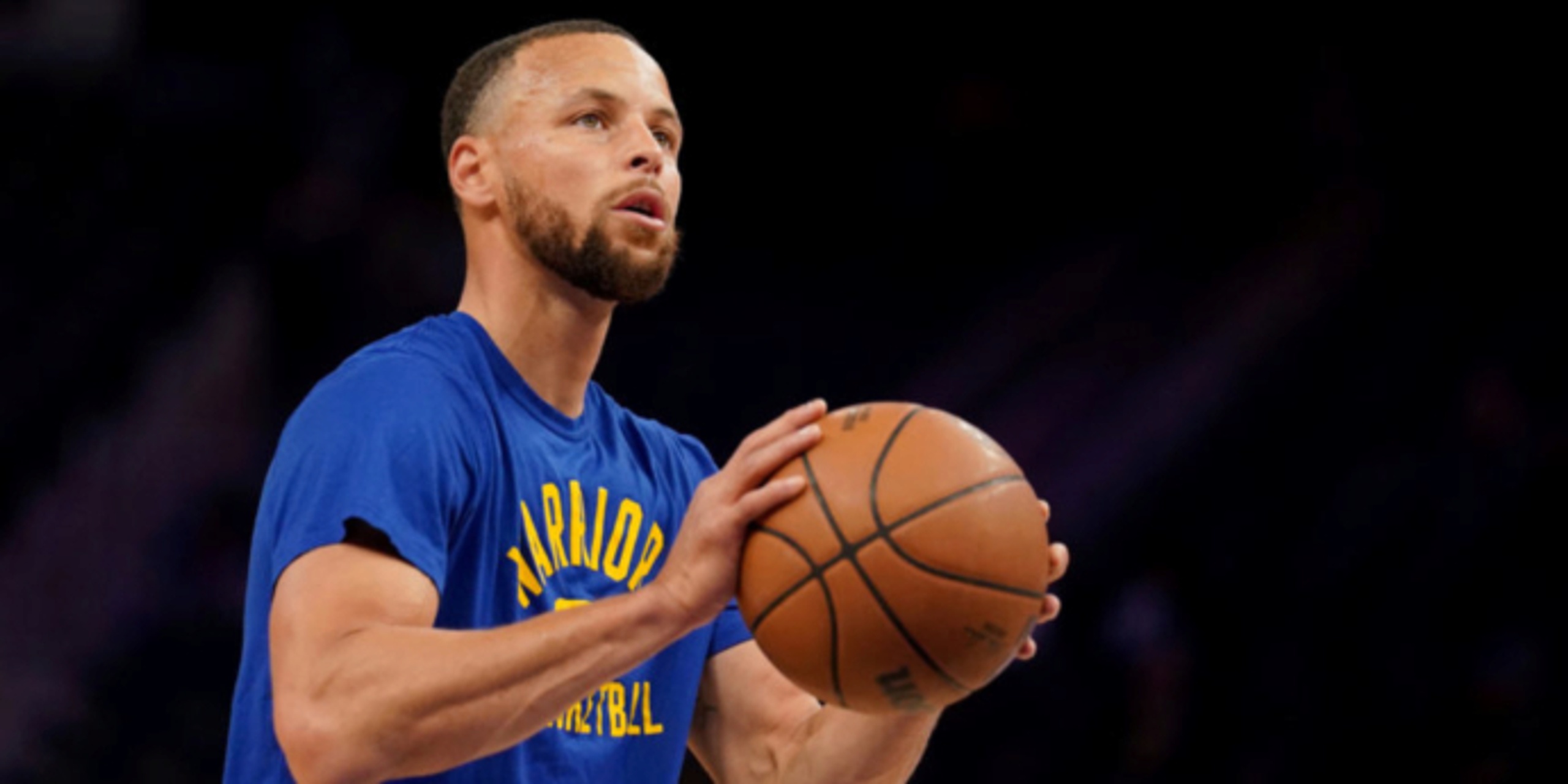 Warriors' Stephen Curry expects to return by start of playoffs

SAN FRANCISCO (AP) — Stephen Curry said he’s confident he can return from a sprained left foot by the time the Golden State Warriors begin the playoffs.

The two-time league MVP wore a white boot on his foot Sunday as he addressed reporters for the first time since leaving Golden State's game Wednesday night after a collision with Boston’s Marcus Smart.

With 12 games left in the regular season, Curry was asked if he felt he would be on the floor for the Warriors’ first playoff game.

“Yeah, we’ve got enough time for that … but I’m an optimist,” he said before Golden State's game against San Antonio.

Curry and Smart were going after a loose ball when Smart dove for it and crashed into Curry’s leg. The play had Warriors coach Steve Kerr yelling at Smart from the sideline as Curry headed for the locker room.

“He didn’t try to hurt me,” Curry said. “There’s a certain way he plays. I don’t think many other people would have made the play he did, but I don’t think it was malicious or dirty.”

Curry was walking awkwardly in the boot Sunday. He said he’s doing what he can in the weight room to stay in shape. By next week, he hopes to be back on the court doing some basketball activity but added that a cautious approach is necessary.

“From what I’m told, just in terms of ligaments around the injury and the bone that’s underneath there, you want to not rush the beginning phases of healing because that’s when you get the most progress,” Curry said. “Then, when you do put the shoe back on and get back on the court and get reps, you’re not dealing with crazy soreness or anything.”

The Warriors are third in the Western Conference.