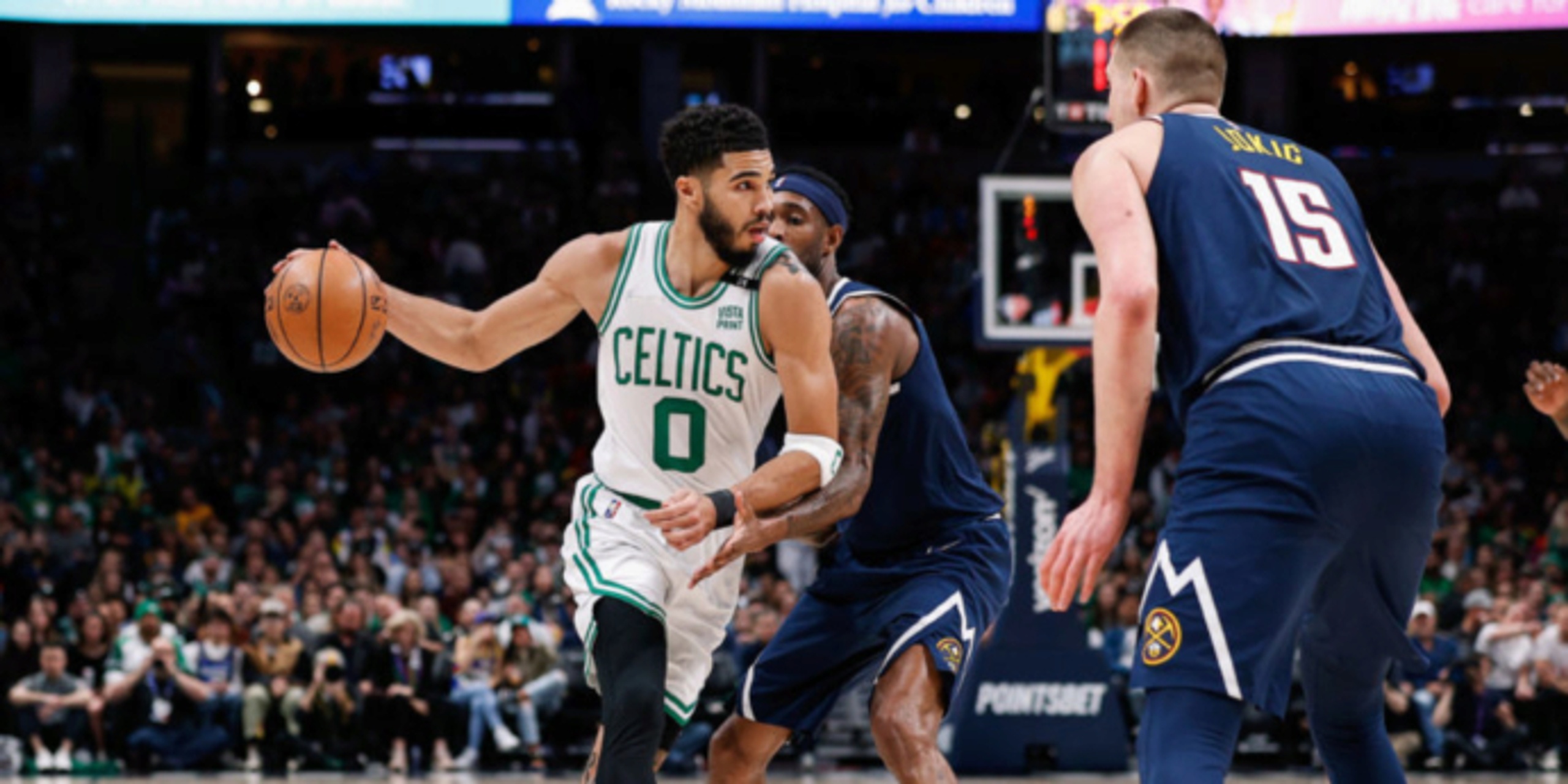 “Physicality,” Celtics coach Ime Udoka said. “He was comfortable early. He had 12 in the first quarter, four in the second and seven the rest of the way. He was too comfortable early, gave him too much air space. It’s mixing up looks, keep him off balance, switching matchups and giving him different bodies.”

Jokic, who's having an even better season statistically that he did a year ago, said this loss was on him, not any of his teammates.

For once, it was Tatum getting serenaded with “MVP” chants instead of Jokic at Ball Arena.

“It’s a great feeling,” Tatum said. “You expect that, get that at home, but when you travel and you see all the Celtics jerseys and T-shirts and hoodies and hear them chanting for you on the road, that’s an incredible feeling.”

Tatum and Payton Pritchard each hit four 3-pointers before the break, sparking the Celtics on a 46-21 run to close out the first half. Boston scored its last 15 points of the second quarter on 3-pointers, and Tatum's half-court heave at the buzzer rimmed out.

Nuggets coach Michael Malone was so disgusted with his team's effort in its fourth loss in six games that he benched his starters to start the second half.

“To me, it appeared we just kind of gave in and quit. And I didn't want to reward that behavior," Malone said. "I thought the bench unit was at least going out there and competing and fighting.”

More than anything, Malone said it was alarming to see his starters play that way here in the middle of March with the Nuggets jockeying for playoff positioning.

“Tonight I can't point to one thing we did well,” Malone said.

And he couldn't point to one thing the Celtics did poorly, either.

The Celtics outshot Denver 64.3% to 30.6% in the first half and pushed their lead to 90-62 late in the third quarter in cruising to their third straight victory.

“I told them at halftime, you're lucky this was a ‘Celtics home game,’” Malone said of the large contingent of boisterous Celtics fans at Ball Arena. “Because if it wasn't, the boos would have been — rightfully so — really, really loud.”

Celtics: F Aaron Nesmith sat out with a sprained right ankle. He hasn’t played since March 3 vs. Memphis. ... Boston closed the first quarter on an 11-5 run with Jokic on the bench as Daniel Theis hit a jumper, a 3-pointer after saving an errant pass and an alley-oop dunk before Tatum closed the quarter with an uncontested 3. ... Pritchard added a 3 in the closing minutes, finishing 5 of 5 from behind the arc before adding a late layup to finish with 17 points. Grant Williams added 13.

Nuggets: Jokic led all scorers with a dozen points in the first quarter, but his tough night shooting the ball was already apparent as he went 3 for 8 from the floor. He got colder still in the second quarter, missing all but two of his 11 shots. He finished 8 for 23.

Jamal Murray showed up in the third quarter in street clothes. The Nuggets have no idea if their star point guard will suit up anytime soon. Murray recently practiced with the Grand Rapids Gold, their G League affiliate, as he continued his comeback from ACL surgery last spring. Coach Michael Malone said there's no roadmap for Murray's next steps, although returning to Grand Rapids is a possibility.

There may not be reinforcements on the way for the Nuggets as they try to straighten things out. Malone said he doesn't know if Murray and/or F Michael Porter Jr. (back surgery) will be shut down until next season if they're not back on the court by a certain date.

"It’s a valid question, one that I just don’t have an answer to," Malone said.

Hyland said Cousins and a few other veterans addressed the team after the loss.