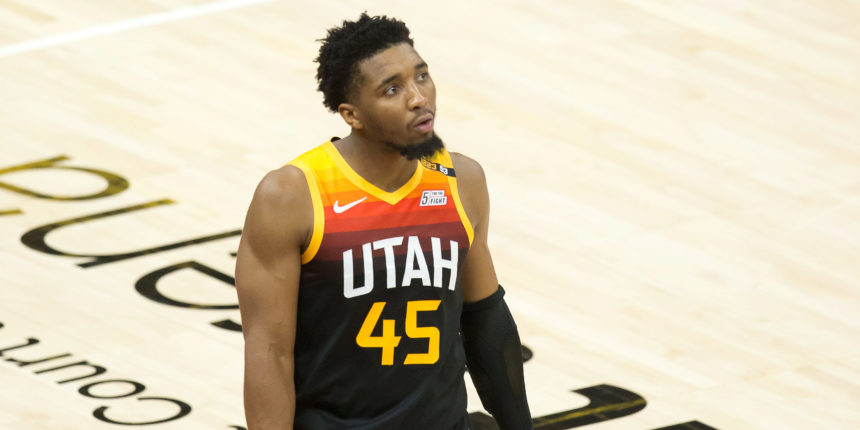 The NBA's top playoff seeds, Philadelphia and Utah, are on the brink of being eliminated.

The 76ers have blown leads of 18 and 26 points in back-to-back losses to the Atlanta Hawks, who now lead the Eastern Conference semifinal series 3-2. Atlanta, the No. 5 seed, can clinch the series at home on Friday night after storming back for an improbable 109-106 win on Wednesday night in Philadelphia.

“Our backs are against the wall right now and we have to play like it,” said Philadelphia's Tobias Harris.

Seth Curry said the 76ers should not have psychological scars from losing big leads in back-to-back losses.

“It shouldn’t,” Curry said. “We’re grown men over here. Watch the film and learn from it and bounce back.”

Led by Trae Young, the Hawks are attempting to advance to a conference final for only the second time since moving to Atlanta in 1968. The Hawks were swept by Cleveland in the 2015 conference final. The Hawks won their only NBA championship in 1958, when the team was based in St. Louis.

“I think you expect them to be certainly more aggressive,” McMillan said Thursday of the 76ers. “They are in a do-or-die situation. Their season ends if they don’t win the game. We definitely expect them to come out with that sense of urgency and play aggressive and just really leave everything out on the floor. I will be challenging our guys to do the same.”

The Jazz also facing a must-win game as the No. 1 seed in the Western Conference. Despite playing without Kawhi Leonard, who was held out with a knee injury, the Los Angeles Clippers took a 3-2 lead in the semifinal series with a 119-111 win on Wednesday night. The Clippers can clinch the series at home on Friday night.

The Clippers seemed to be on a path to continue their inglorious playoff history when they suffered what seemed to be a devastating injury to Leonard, who was averaging 30.4 points in the playoffs.

“I thought this was our toughest matchup this postseason,” George said. “This was our biggest game of our season, especially being down our best player.”

— NEED TO KNOW: The spotlight entering the series was on the Hawks' defensive challenge against 76ers center Joel Embiid. The Hawks still struggle to contain Embiid. Even so, perhaps the biggest difference-maker of the series has been Young, who had 39 points on Wednesday night, including 25 in the second half.

While Young sank 17 of 19 free throws, Philadelphia's Ben Simmons made only 4 of 14 and has made only 22 for 67 from the line this postseason. Simmons' glaring and unprecedented weakness has made him an easy foul target during Atlanta's comebacks.

The Hawks have reason to be confident despite splitting their first two home games against the 76ers. The Hawks are 22-3 at home since Feb. 21, including a streak of 13 consecutive wins.

— KEEP AN EYE ON: Philadelphia's scoring balance. Embiid scored 39 points and Curry had 36. No other 76ers player had a field goal in the second half.

“Those two guys had it going and that was the offense we went to right there,” Harris said.

Curry had four of Philadelphia's modest total of only five field goals in the final period. Simmons attempted only four shots from the field in the game, making two. Harris made only 2 of 11 shots for only four points.

— INJURY WATCH: Embiid, who spent time in the locker room in the first half of Game 4, played 39 minutes on Wednesday night. His production again calmed concerns that a cartilage tear in his right knee would limit his effectiveness.

— PRESSURE IS ON: The 76ers. A loss in the conference semifinals would be a huge disappointment for the coach Doc Rivers and the 76ers. Simmons could face a long offseason if he can't fix his free-throw woes.

Rivers said he wants Simmons to remain aggressive and not hesitate to drive to the basket, even if those plays lead to free throws.

Rivers said he's not happy if Simmons stops driving to the pain. “But when you start struggling with your free throws, you tend not to drive,” Rivers said.

Despite the back-to-back losses, the 76ers are favored by three points by FanDuel Sportsbook.

— NEED TO KNOW: The Clippers are showing their knack for rallying in a series. They beat Dallas in seven games after falling behind in the series 2-0 and then also lost the first two games to Utah.

The Jazz are favored by two points by FanDuel Sportsbook. The line certainly reflects the Clippers loss of Leonard in Game 4.

— KEEP AN EYE ON: Terance Mann needs to repeat his solid performance. Filling in for Leonard, Mann made his first career start in a playoff game and had 13 points and two steals. He played 26 minutes.

— INJURY WATCH: Leonard will be held out again. The team says he has a sprained knee. His availability for a possible Game 7 remains unknown. Mike Conley (strained hamstring) missed his fifth straight game for the Jazz and has not been ruled out.

— PRESSURE IS ON: The Jazz need their scoring leader, Donovan Mitchell, to reclaim his outside touch. Even with Bojan Bogdanovic scoring 32 points while making nine 3s, Utah still needed more offense as Mitchell made only 4 of 14 3s and scored only 21 points while playing on a sore right ankle. He averaged 41 points in two wins to open the series but has lacked his usual explosiveness the last three games while limited by the nagging injury.

The Jazz made only six field goals in the third period and played from behind the full final quarter.

What if the Los Angles Lakers didn't trade for Russell Westbrook?
55 min