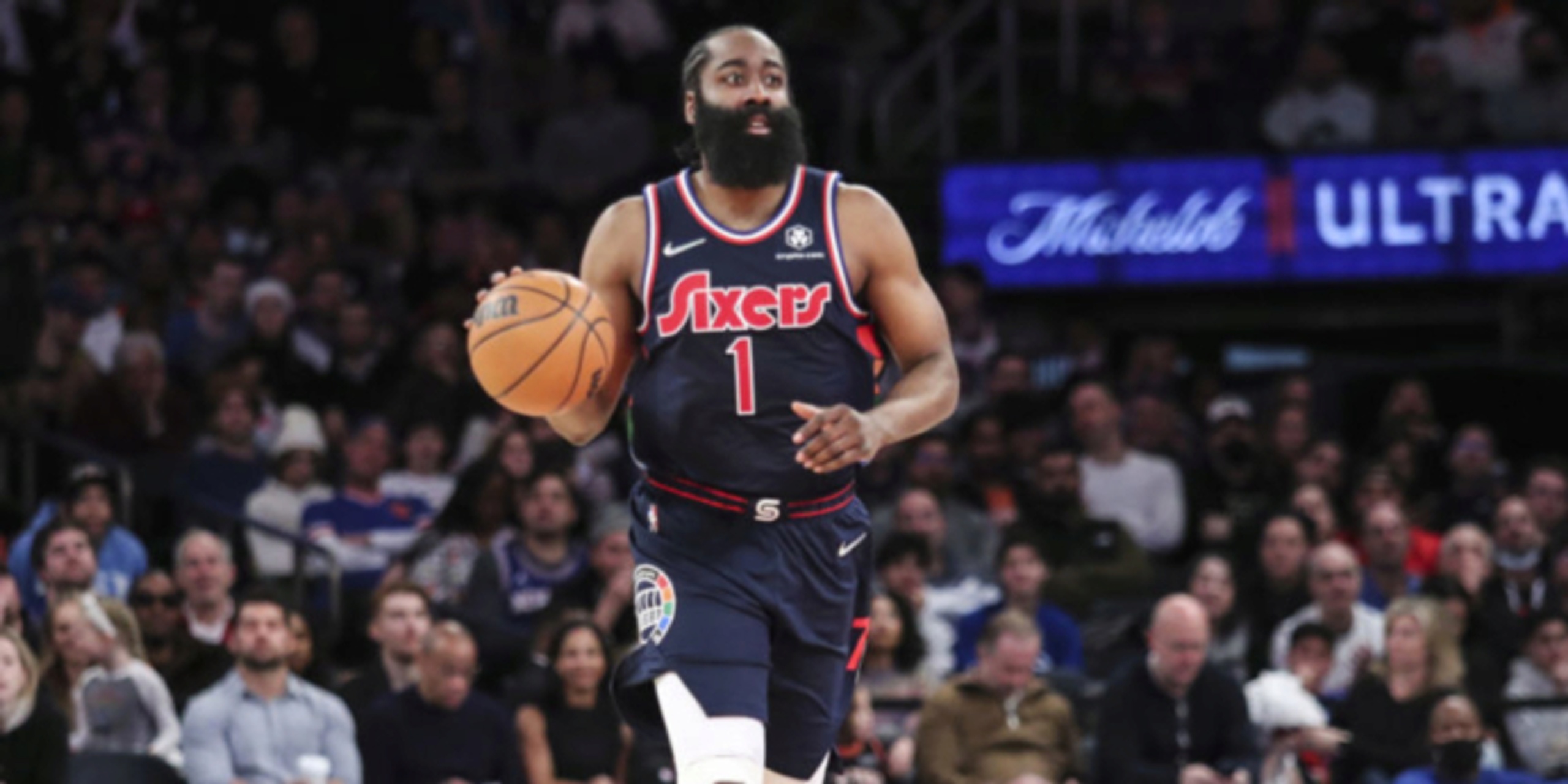 CAMDEN, N.J. (AP) — James Harden wrapped a resistance band around his upper torso and took off. He sprinted the length of the basketball court and repeated the drill designed to build strength and endurance.

With the 76ers in championship-or-bust mode, Harden needs both traits if he wants to carry the team into June.

But parade talk can wait: Philly is in a tizzy over Harden’s impending home debut. Almost three weeks since he was acquired in a trade, two road games, billboards welcoming his arrival, and a spawning cottage industry of “Beard” T-shirts later, Harden will finally play in Philly for the Sixers on Wednesday night against the New York Knicks.

Much like the beard that’s as synonymous with Harden as his skillful scoring, anticipation is growing.

So are ticket prices.

The cheap seats start at $100 on the secondary market and the Wells Fargo Center will surely have a playoff feel for what would have been an otherwise routine weeknight game without Harden.

“It’s going to be turnt in there,” Harden said over the weekend, “and I’m ready for it.”

Harden was the last Sixer off the court after Tuesday’s practice, sharing laughs with All-Star center Joel Embiid and jamming to music during shooting drills with assistant coach Sam Cassell.

Harden, the 2018 NBA MVP, in his short sample size has impressed as expected. He had 27 points, 12 assists and eight rebounds in his debut against Minnesota and followed with 29 points, 16 assists and 10 rebounds against the Knicks. The number that matters most: 2-0. The issue that matters most: Philly is free of the Ben Simmons saga that weighed on the franchise until the All-Stars were traded for each other.

Tobias Harris’ production dipped in those two games -- he went 5 of 18 combined after taking 20 shots in the 76ers’ last game without Harden. Tyrese Maxey, meanwhile, has benefited the most from Harden’s arrival. He went 12 of 16 against the Timberwolves thanks in large part to fastbreak points instigated by Harden and catch-and-shoot 3s against the Knicks off Harden kick-outs. Embiid, Harden and Maxey combined for 176 points in their first two games together, the most for any debuting trio in the NBA since 1961.

“It is fun,” Harris said. “We’re going into full arenas. The hype is there for our group, our team. That always brings excitement to it. What’s not to like about it?”

Harden seems recovered from the left hamstring issue that sidelined him his final games in Brooklyn and his first games in Philadelphia (37-23, third in the Eastern Conference).

Teamed with Embiid, already an MVP frontrunner, they might be the most punishing duo in the NBA. Harden, who joked over the weekend he was still “winging it” on offense, is getting his teammates involved while still having the ball in his hands enough to dominate. The real-time game-time may slow with Harden’s arrival: Embiid and Harden are first and third in the NBA in average free-throw attempts. Embiid made a career and NBA season-high 23 free throws against the Knicks.

The 76ers can only hope a parade of free throws can help them get to planning a real one for the first time since 1983.

But they were the No. 1 seed in the East last season and home court didn’t help them. Maybe Harden will.

Embiid, scoring 29.8 points per game and averaging 11.1 rebounds, says the best times with Harden are ahead.

“What are you really going to do? He’s a great passer and, obviously, (I’m) someone that attracts a lot of attention, too,” Embiid said. “You’ve got to make a decision. Do you stay on me or do you stay on him?”