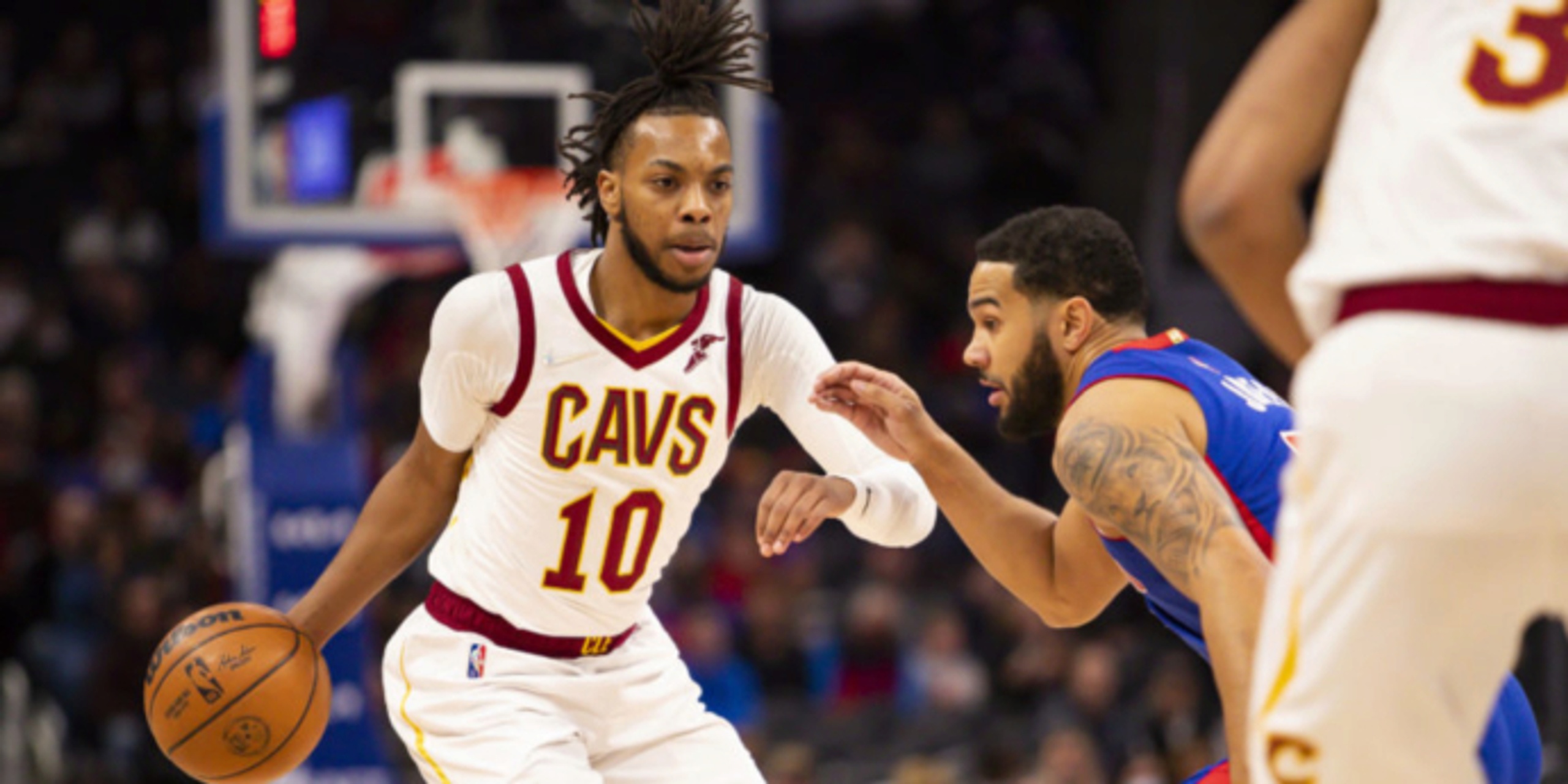 So is some rotten luck.

The All-Star point guard missed his third straight game — and eighth overall — on Monday with a bone bruise that needs rest in order to heal, and time isn't an ally of the Cavs, who are trying to hold onto a playoff spot in the tight Eastern Conference while missing their top five guards.

“This is unreal,” general manager Mike Gansey said of the team's wave of backcourt injuries. “We didn’t envision doomsday, so to speak.”

On Monday against Minnesota, the Cavs started a guard who began the season in the G League, and played another who signed a 10-day contract last week.

Cavs coach J.B. Bickerstaff said Garland, who has blossomed into one of the NBA's best guards in his third season, took part in the Cavs' light practice on Tuesday. He played some one-on-one and got in some extra shooting following the workout.

The team listed Garland as questionable for Wednesday's game against the Charlotte Hornets.

The Cavs, who are 36-25 and fifth in the East, have been tight-lipped about specifics on Garland's injury, which initially happened against Golden State on Jan. 9. The 22-year-old missed five games before the break, then returned for two. He has been kept out of three since the season resumed.

His participation in All-Star Weekend activities came with the team's blessing, but has raised questions about why the Cavs would risk letting their best player worsen an injury if they knew he needed rest.

Gansey said the team didn't discuss keeping Garland out of the All-Star festivities — he teamed up with rookie Evan Mobley and center Jarrett Allen in the Skills Challenge before playing in his first All-Star Game — because he played twice without any issues and “was feeling good.”

“The skills competition is more like playing H-O-R-S-E and the shooting was fun,” said Gansey, who was recently promoted to GM. “They (the All-Star team) had a practice which wasn’t a practice, and I don’t even know if he tried to defend or touch someone.

"You watch him run around and he’s fine. It’s a bone bruise where it’s just like a day-to-day thing. It’s nothing long-term. He needs rest, and obviously rest is not on our side right now.”

Garland's injury would be tough under normal circumstances, and then there's what the Cavs are dealing with.

Rondo and LeVert may still be a week or more from returning. In the meantime, the Cavs, who only won 22 games last season, are fighting to stay among the East's top six teams — No. 7 and 8 will make the play-in.

“Let’s just hope that we can somehow stay relevant in the East,” Gansey said.

The injuries seem to be re-shifting expectations and maybe priorities for the young Cavs, who a few weeks ago were No. 2 in the East.

Now, they're sliding, and with a daunting schedule ahead (the Cavs will face Philadelphia, Toronto, Miami and Chicago by March 12), there's no telling when they'll regain traction.

A few weeks ago, goals of reaching the postseason and advancing seemed attainable.

At this point, simply making the playoffs might be enough.

"By this time last year, we were all ready to go home,” Allen said. "It was just a rough end of the season. Now the expectation wasn’t to go win the championship, we can all be honest on that.

"It was to go out there, play our basketball and see where it takes us, and it’s taken us far so far, so I think we can count this as a success.”

Gansey said the mentality for players and coaches during this season's ascent has been that “we want more.” He's also realistic about what the Cavs can accomplish going forward, especially with a short-handed roster.

“We just want to be a part of that conversation and if we get there (to the playoffs), great, and if we can get involved in the play-in game and somehow advance, that would be great too,” he said. "I don’t think it's like top-six or bust or if we get in the play-in and lose.

“For us now, we got 22 games left and it’s one at a time, and hopefully we’ll get our guards back and whatever happens, happens.”