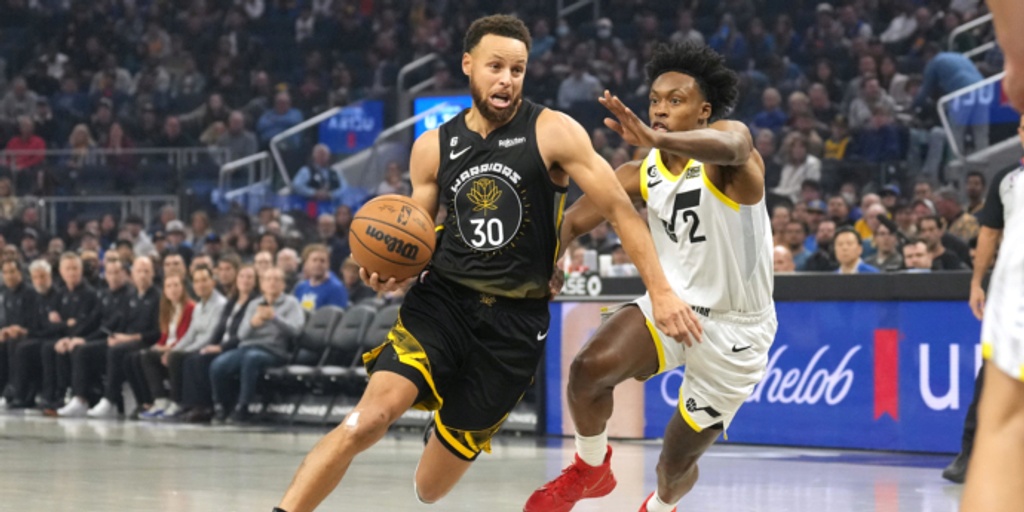 The snappy ball movement matters for the defending champions as they still strive to find defensive consistency.

Andrew Wiggins added 20 points, nine rebounds, five assists and three steals coming off a season-best 31 points in a 124-107 win against the Clippers on Wednesday.

Thompson hit back-to-back 3-pointers late in the third quarter and six on the night to finish with 20 points and six rebounds, while Kevon Looney contributed 10 points and 12 rebounds. Draymond Green scored 13 points.

Thompson is certainly finding his rhythm after a slow start.

“That's really key for us when he is just playing under control, taking the shots when they're there and when they're not. It just kind of sets the table for us,” Kerr said. ”It's a great display of patience and then shot-making when we really needed them in that late third."

Warriors guard Jordan Poole came off the bench for 19 points with a pair of 3-pointers after he went 0 for 8 from long range in Wednesday’s win.

Lauri Markkanen scored 24 points for the Jazz, who managed just 11 assists in the first two quarters.

Curry knocked down a fall-away 3-pointer, got fouled and converted the four-point play at the 8:40 mark of the first quarter as the Warriors ran out to a 17-point lead, but they couldn't hold it.

The Warriors have won eight straight at home for their longest unbeaten run on their own floor since 11 in a row from Oct. 30-Dec. 3, 2021. They also have a five-game home winning streak against Utah.

Now, Kerr wants to see steady play on the road.

“We still have things to work on but we are stabilized,” Green said. “We’re starting to play our brand of basketball on both ends of the floor.”

Jordan Clarkson and Kelly Olynyk each had 21 points for Utah. The Jazz have lost three straight to match their longest skid of the season that has come during this stretch of six defeats in the last eight.

Jazz coach Will Hardy acknowledged he sometimes stops to watch Curry and has to “snap out of it” and remember to coach. Curry recorded his 12th 30-point game out of 17 -- the first time in his career he’s been on that kind of pace.

“He’s just as terrifying today as he was then," Hardy said of the reigning NBA Finals MVP's growth from even six or seven years ago.

Warriors: Golden State has an NBA-leading 12 30-assist games, including six of the last seven. ... Looney played in his 131st straight game, the second-longest active streak. ... Golden State committed four quick turnovers early in the second quarter to squander a big chunk of its 17-point lead and led 59-51 at halftime. ... The Warriors haven't lost at home to the Jazz since a 129-96 defeat on Jan. 22, 2020. ... Golden State recorded its 440th consecutive sellout with a crowd of 18,064.

Jazz: At Phoenix on Saturday night to complete the back-to-back.