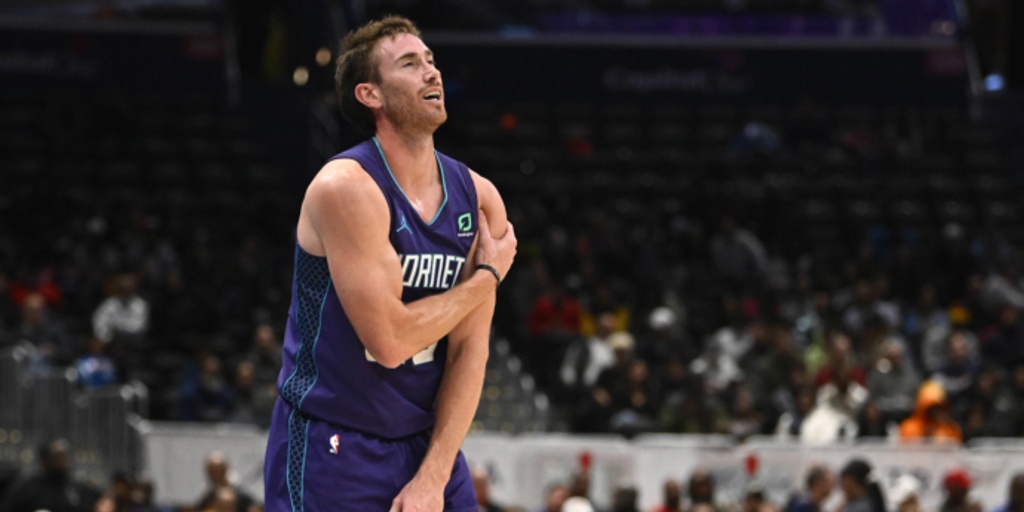 Hornets' Gordon Hayward out indefinitely due to fractured shoulder

While the Charlotte Hornets defeated the Minnesota Timberwolves on Friday night, they also suffered a significant loss. The team learned that Gordon Hayward will be sidelined indefinitely due to a fracture in his left shoulder, according to Shams Charania of The Athletic.

"He actually has a fractured scapula... that they had him play with last game," Robyn posted on social media. "That's why he couldn't move his arm up in the last game... I'm gonna stop there and not get into prior things... It's a fracture in the shoulder. Which is a broken bone. I'm over them not protecting players."

He is the highest-paid player on Charlotte's roster, earning $30,075,000. Hayward has dealt with numerous injuries throughout his stint with the Hornets, playing in just 49 games last season and 44 games in 2020-21.