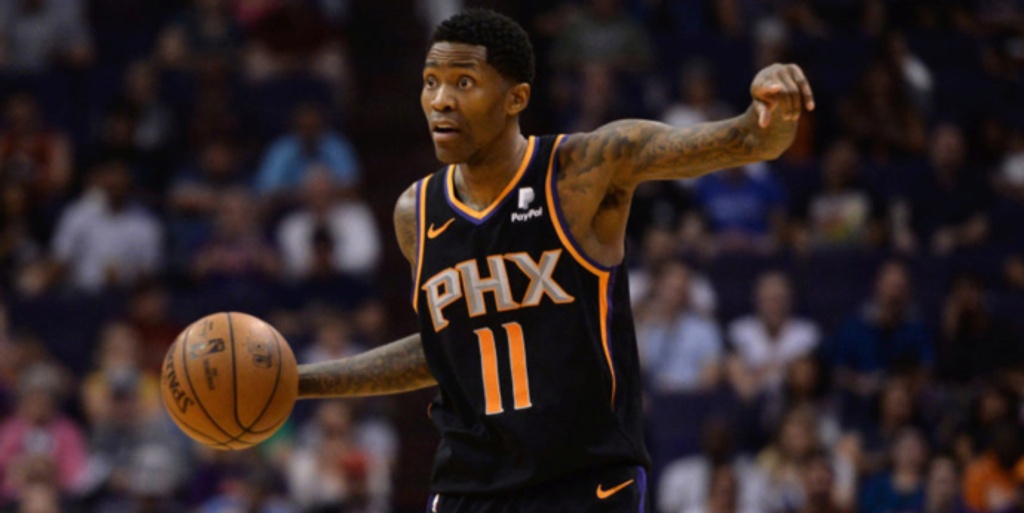 Jamal Crawford retires after 20-year NBA career: What's next for him?

Last night, on his 42nd birthday, Jamal Crawford announced his retirement from the NBA. Crawford is one of eight players in NBA history to play for 20 seasons; only Vince Carter (22), Robert Parish (21) and Kevin Willis (21) had a longer career.

“ Goodbye to the game, all the spoils the adrenaline rush.”

Thank you basketball, I owe you everything …..✌🏾 pic.twitter.com/PpKYjoqz9p

Crawford will go down as arguably the greatest sixth man of all-time, and he's one of just two players to win the Sixth Man of the Year award three times. He was known for creating instant offense off of the bench, and he was one of the league’s best ball-handlers — consistently coming up with new moves and wowing fans with his handles. He scored the second-most points off the bench in NBA history (trailing only Lou Williams), per StatMuse.

Crawford was also known as one of the best teammates around the league, winning the NBA’s Teammate of the Year award in 2018. He has strong relationships with many people around the basketball world —  from players to coaches to executives to media. Throughout his career, he garnered a ton of respect from fellow players because of his immense love of the game and electrifying style of play, which inspired plenty of younger hoopers (especially in his hometown of Seattle).

Over the years, Crawford has done everything in his power to help up-and-coming Seattle-area players, even letting some live with him throughout his NBA career (including Isaiah Thomas, Nate Robinson and Abdul Gaddy among others).

“That’s what it’s all about. When you’re a kid, you think it’s all about you making it. Then, as you get older, the real joy, the real fulfillment, comes from seeing someone else make it," Crawford told me in 2018. “How can I tell someone like Isaiah Thomas or Brandon Roy or Nate Robinson or Tony Wroten or any of these guys to go help the next generation if I’m not doing it? It all goes full circle. That’s the payback. I don’t want anything from those guys, I just want them to do it for the next generation... Before looking at their talent, I like to see how good of a kid they are and what kind of character they have. That’s No. 1 for me. Once I see that, I’m willing to help to the moon and back. I want to work with them and show them that this [lifestyle] is attainable.”

When Crawford thinks about his career, he's said that passing down that pay-it-forward mentality to the next generation of Seattle players is one of his proudest achievements. Chicago Bulls star Zach LaVine raves about Crawford, and he now tries to help younger players just as Crawford helped him.

“Jamal is just, like, the best human being. He’s a great person,” LaVine told me in 2018. “I try to be the same way; it’s just how you’re supposed to be, how you’re supposed to treat other people. I thank my parents [for instilling that]. I remember being in high school – or even right before I entered high school – getting little invites to their pro runs. To be a high-schooler going up against Brandon Roy, Jamal, Nate Robinson, Tone [Wroten]? You keep getting better and better. You can see the progression, and they can see that you’re part of that group of players who will carry on Seattle basketball. You start from a young age and then once you get there [to the pros], you just pass it down the same way.”

After a productive 2018-19 season with the Suns (where Crawford was a strong leader and scored 51 points in his final game), he had a hard time getting signed by NBA teams. The Nets ultimately signed him during the NBA Bubble in Orlando, but he appeared in just one game before injuring his left hamstring. That would end up being Crawford’s final NBA game, as he remained unsigned throughout the 2021-22 season — even when COVID-19 ravaged rosters and created opportunities for other veterans.

What’s next for the 42-year-old? He has already been co-hosting the HooperVision broadcasts on NBA League Pass alongside Quentin Richardson, and he has received other offers in the media space (such as podcasting opportunities). Crawford has long been considered an excellent candidate for a broadcasting gig, and now he can seriously pursue that.

Recently, Crawford has been coaching his son's basketball team, and he revealed on a Twitter Spaces conversation several months ago that he has received coaching and front-office offers from NBA teams. He has said that he wants to become an NBA executive someday because he feels that the NBA needs more former players in those positions, but it remains to be seen when he’ll pursue that.

“I [have] wanted to get into management just from the standpoint, I think we need more players in those roles and positions, someone that can give some insight into what it is like in the locker room,” Crawford said, according to Landon Buford. “Everything is not about numbers; sometimes, it is: what is driving this person? For example, how much does this person love the game? And is there something off the court affecting his on-the-court play? Those are the little nuances that I don’t think they are looking at.

“I would love to do that still, but I am enjoying coaching my son’s team right now. Like, I am having a ball doing that. And I’ll tell you guys that I have gotten offers for front-office and coaching in the NBA. I have put it on pause because I enjoy doing this, and I’m the parent that is good with keeping the scorebook. The coach asked me to help out and that turned into a bug. I look forward to it and that’s the immediate step basketball-wise, and then the other [stuff] will be there like TV and management hopefully at some point down the road.”

After an amazing 20-year career, the basketball world is excited to see what the future holds for Crawford.