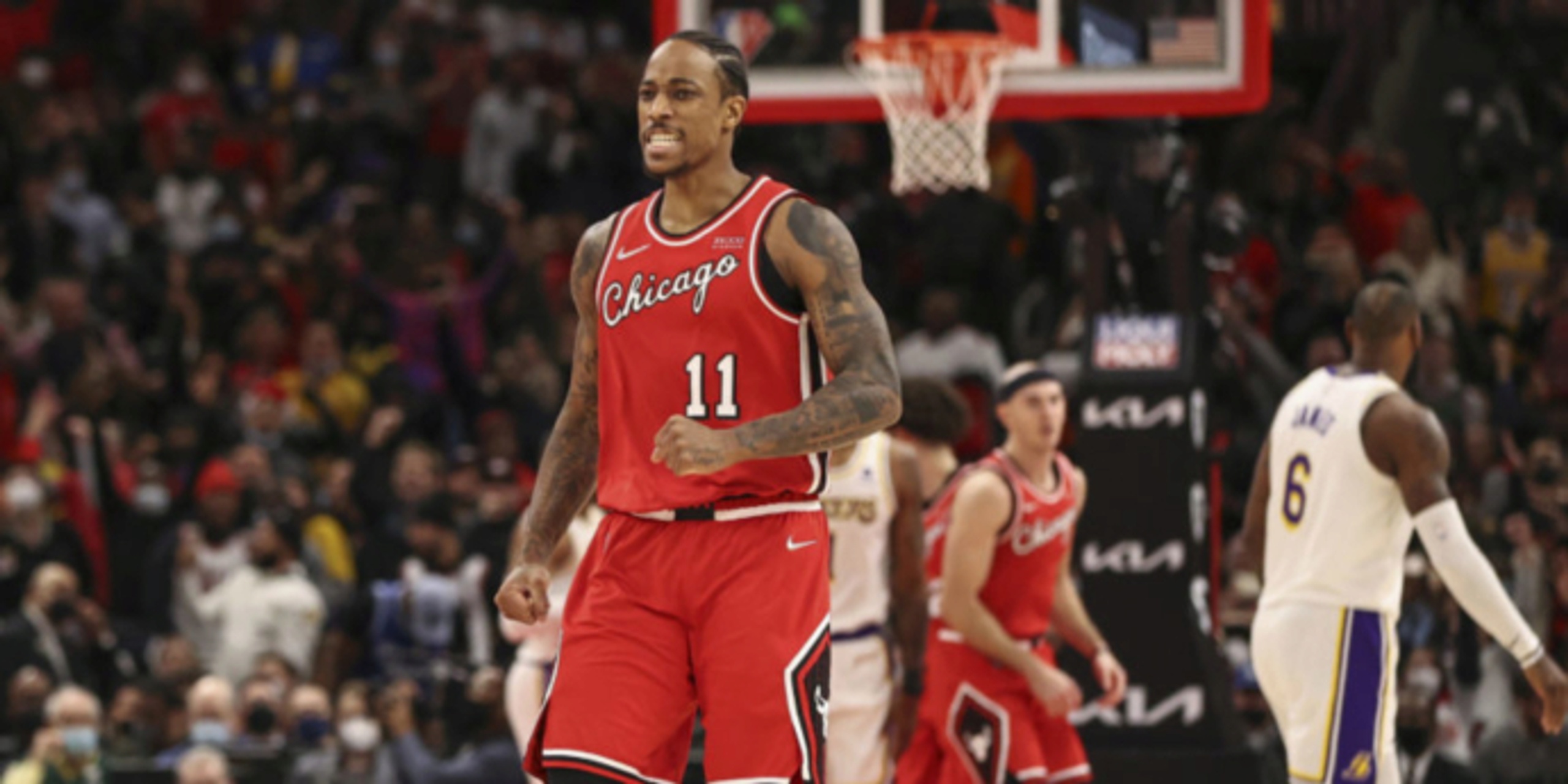 DeMar DeRozan scored 38 points after missing two weeks in the NBA's health and safety protocols, leading the Chicago Bulls to a 115-110 victory over the Los Angeles Lakers on Sunday night.

DeMar DeRozan WENT OFF for 19 PTS in the 4th vs. the Lakers 🔥 pic.twitter.com/C11TO9RNFE

Nikola Vucevic had 19 points and 13 rebounds, and Lonzo Ball added 19 points as the Bulls snapped a two-game losing streak. It was Chicago's first game since Dec. 11 after two were postponed.

With the Bulls trailing by a point in the final minute, DeRozan hit an 18-footer for a 111-110 lead with 52 seconds remaining. Following a Lakers miss, DeRozan missed a shot but then was fouled with 15.6 seconds left after Ball grabbed the offensive rebound. DeRozan then hit both free throws for a 113-110 edge.

Before having two games postponed last week because of a COVID-19 outbreak, the Bulls had 10 players in the health and safety protocols. That number is down to four right now, including All-Star Zach LaVine.

Although the Lakers haven't had any games postponed, they currently have six players — Kent Bazemore, Avery Bradley, Talen Horton-Tucker. Dwight Howard, Malik Monk and Austin Reaves — and coach Frank Vogel in the health and safety protocols.

It also was Los Angeles' first game without forward Anthony Davis, who sprained his left knee on Friday and is expected to miss four weeks.

Chicago led nearly the entire first half and by as much as 10 points before taking a 61-59 halftime lead. The Lakers took a 65-64 lead early in the third quarter on a floater by Isaiah Thomas.

The teams traded baskets and leads for the remainder of the quarter before Los Angeles took an 84-83 advantage into the fourth.

The Lakers stretched the lead to 90-85 early in the final quarter on a three-point play by DeAndre Jordan, but a short while later DeRozan hit a turnaround jumper in the lane to put the Bulls op top 94-93.

With Chicago up 99-96, Anthony nailed back-to-back 3-pointers (both on passes from James) for a 102-99 Los Angeles lead with 5 minutes to go. The game remained tight until DeRozan took over late.

Lakers: F Trevor Ariza made his season debut after sitting out the first two months with a right ankle injury. The 17-year veteran finished with three points in 15 minutes off the bench ... G Kendrick Nunn was cleared from the health and safety protocols on Sunday, but remains sidelined with a right knee bruise.

Bulls: Coach Billy Donovan doesn't expect any of the remaining players in the COVID protocols to return to game action before Christmas. Chicago plays Monday and Wednesday and then is off until Dec. 26. Of those four, Donovan also said only F Troy Brown Jr. is experiencing anything other than mild symptoms.