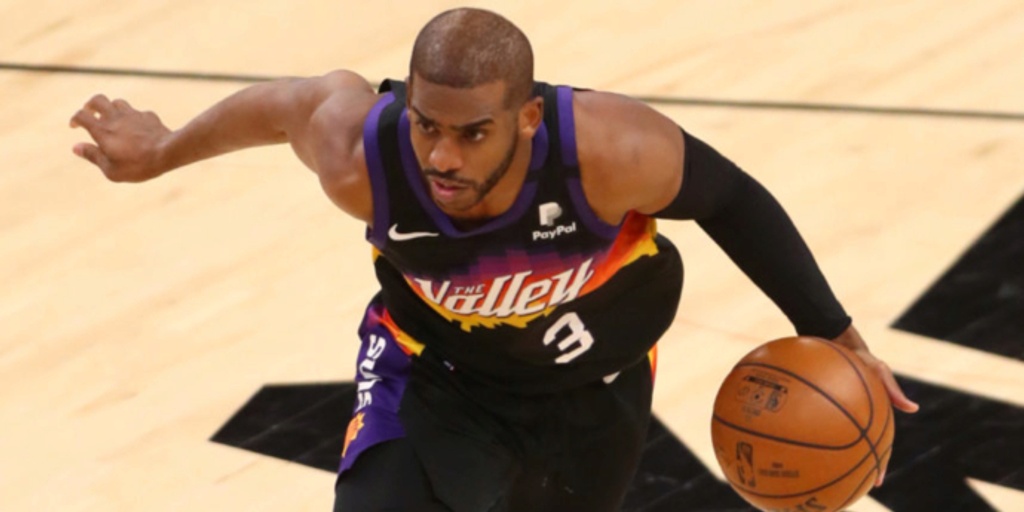 PHOENIX (AP) — Chris Paul proved to be an ageless wonder in his first season with the Phoenix Suns, leading the franchise to the NBA Finals for the first time in nearly three decades.

Now he'll get another chance to push the Suns — and himself — to a long-coveted championship.

Phoenix is bringing back the veteran point guard on a four-year deal that could be worth up to $120 million, a person with knowledge of the agreement told The Associated Press on Monday. The person spoke on condition of anonymity because free agent contracts can't be announced until Friday.

The new contract could keep Paul with with the Suns until he's 40 years old.

The Suns won the first two games of this year's Finals but then dropped four straight to the Milwaukee Bucks. After the Finals loss, Paul spoke about wanting to return.

“Everybody in that locker room knows we had enough, but it wasn’t enough,” Paul said at the time. “So, we got to figure it out. I think for me I just look at myself and figure out how can I get better, what I could have done more and make sure I come back next season ready to do it again.”

Paul's backup will return as well. Point guard Cameron Payne agreed to a $19 million, three-year contract, a person with knowledge of the deal told The AP on Monday.

Payne, who turns 27 next week, was a revelation for the Suns over the past one-and-a-half years. He was signed as a free agent just before the NBA returned in 2020 to the Florida bubble and contributed to eight-straight wins.

Over the past season, he played in 60 games and averaged 8.4 points and 3.6 assists. He was even more valuable during the playoffs, filling in admirably when Paul was limited by a shoulder injury against the Lakers. Payne later started two games against the Los Angeles Clippers when Paul was out on the COVID-19 list; the Suns won both.

The Paul deal wasn't a big surprise, but it comes with considerable risk. Few NBA players, let alone point guards, have played at an All-Star level into their late 30s.

But Paul is well known for taking care of his body and at age 36 he made his 11th All-Star team while averaging 16.4 points and 8.9 assists.