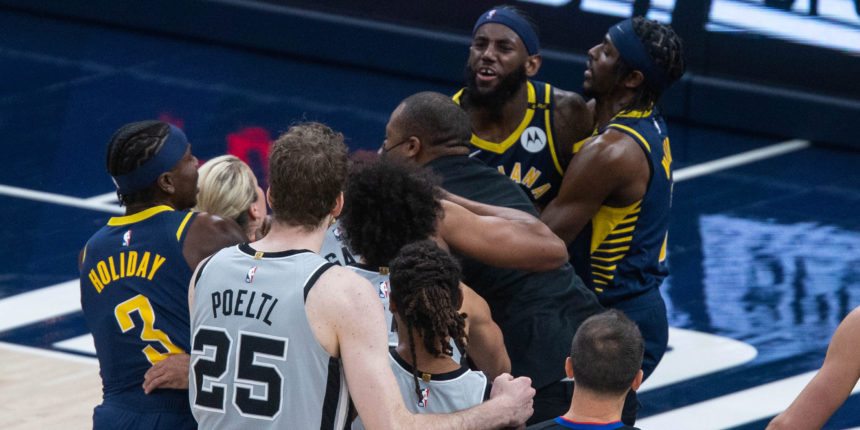 INDIANAPOLIS (AP) — The already short-handed Indiana Pacers will play Oklahoma City on Wednesday night without forward JaKarr Sampson after the NBA announced he would serve a one-game suspension following his ejection during Monday's loss to San Antonio.

Sampson received a flagrant two foul and automatic ejection early in the fourth quarter against the Spurs. The incident began as Sampson and San Antonio guard Patty Mills fought for a rebound, resulting in a shoving match. Sampson then confronted Mills and headbutted him before Spurs forward Rudy Gay shoved Sampson.

Mills and Gay both received technical fouls for their part in the altercation. The league fined Mills $25,000 and Gay $20,000.

Indiana has lost three in a row. Oklahoma City has lost 11 consecutive games.