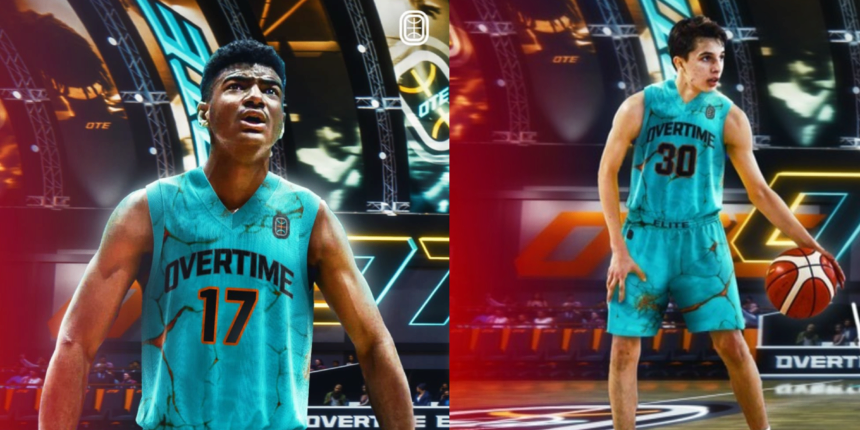 ATLANTA (July 20, 2021) – OTE (Overtime Elite) announced today that Tudor Somacescu has signed with the transformative new league and will be part of its inaugural season this September.

The 6-foot-2-inch point guard from Romania is one of the top European prospects, ranked the #3 overall international prospect for 2005 born players by Eurohopes.com. He spent last season in the United States at Sierra Canyon in Chatsworth, CA. Prior to coming to the US, he played for U-BT Cluj Napoca in Romania’s top division. At just 14 years old, he participated with the Romanian National Team in the 2019 FIBA U16 European Championship Division B, averaging 10 points, 4.3 rebounds, 2 assists, and 2.7 steals per game.

“We’re incredibly excited to have Tudor join OTE as we continue to assemble a group of talented and driven athletes committed to chasing excellence,” said Brandon Williams, OTE’s EVP and Head of Basketball Operations. “Tudor is a special basketball player who has demonstrated a boldness and courage to journey from Eastern Europe to explore other styles of basketball, compete against top talent, and further hone his skills. He demonstrates high level court vision, a joy for the game and passion for making others better. He will elevate his teammates and we’re thrilled to work with him to continue to help him reach his dreams.”

“Tudor has an advanced basketball IQ, a terrific feel for the game and the ability to share the ball with his teammates, getting everyone involved. They will love playing with him,” said Kevin Ollie, OTE Head Coach and Head of Player Development. “I look forward to sharing my knowledge as a former point guard to help him develop as a team leader on and off the court.”

Somacescu is the twelfth player to join OTE. The league has signed top prospects Jalen Lewis from California, Amen and Ausar Thompson from Florida, Matt Bewley and Ryan Bewley from Florida, and Jai Smith from North Carolina.

OTE has signed international prospects Jean Montero from the Dominican Republic, Alexandre Sarr from France, Nathan Missia-Dio from Belgium, Emmanuel Maldonado from Puerto Rico and Francis Lopez from the Philippines. The league expects to make additional player announcements in the coming weeks.

ATLANTA (July 13, 2021) – OTE (Overtime Elite) announced today that wing Francis “Lebron” Lopez from the Philippines has signed with the transformative new league and will be part of its inaugural season this September.

Lopez is a 6-foot-5 inch guard who most recently attended Ateneo de Manila High School, playing in the UAAP (University Athletic Association of the Philippines) Season 82 after transferring from La Salle Greenhills. He averaged 16 points, 9.2 rebounds and 3 blocks per game.

Lopez was the youngest member of the Philippines National Team to participate in the 2021 FIBA Asia Cup Qualifiers. In his one appearance, Lopez had 8 points, 5 rebounds, 1 assist, 1 steal, and 1 block in 10 minutes of action in a win over Indonesia on June 18th. He was the final cut from the 12-man roster for the FIBA Olympic Qualifying Tournament.

“We’re delighted to have Lebron join the OTE family as we expand our international reach, bringing in top talent from across the globe,” said Brandon Williams, OTE EVP, Head of Basketball Operations. “Francis is a young man who has impressed us with both the combination of pure passion for the game and self-improvement, physical athleticism, work ethic, as well as many leadership intangibles. He’s the kind of player we want and expect to thrive at OTE.”

“Francis is a high flyer with his ability to play above the rim,” said Kevin Ollie, OTE Head Coach and Head of Player Development. “He’s a young man with a ton of potential and we’re building a program for him that will develop his game more completely, so that he can achieve his dream of a professional career and as a leader on the Philippines national team for years to come.”

Lopez is the eleventh player to join OTE. Last week, OTE signed top prospect Jalen Lewis from California. In the past few weeks, the league announced the signings of top-rated guards Amen and Ausar Thompson and forwards Matt Bewley and Ryan Bewley from Florida.