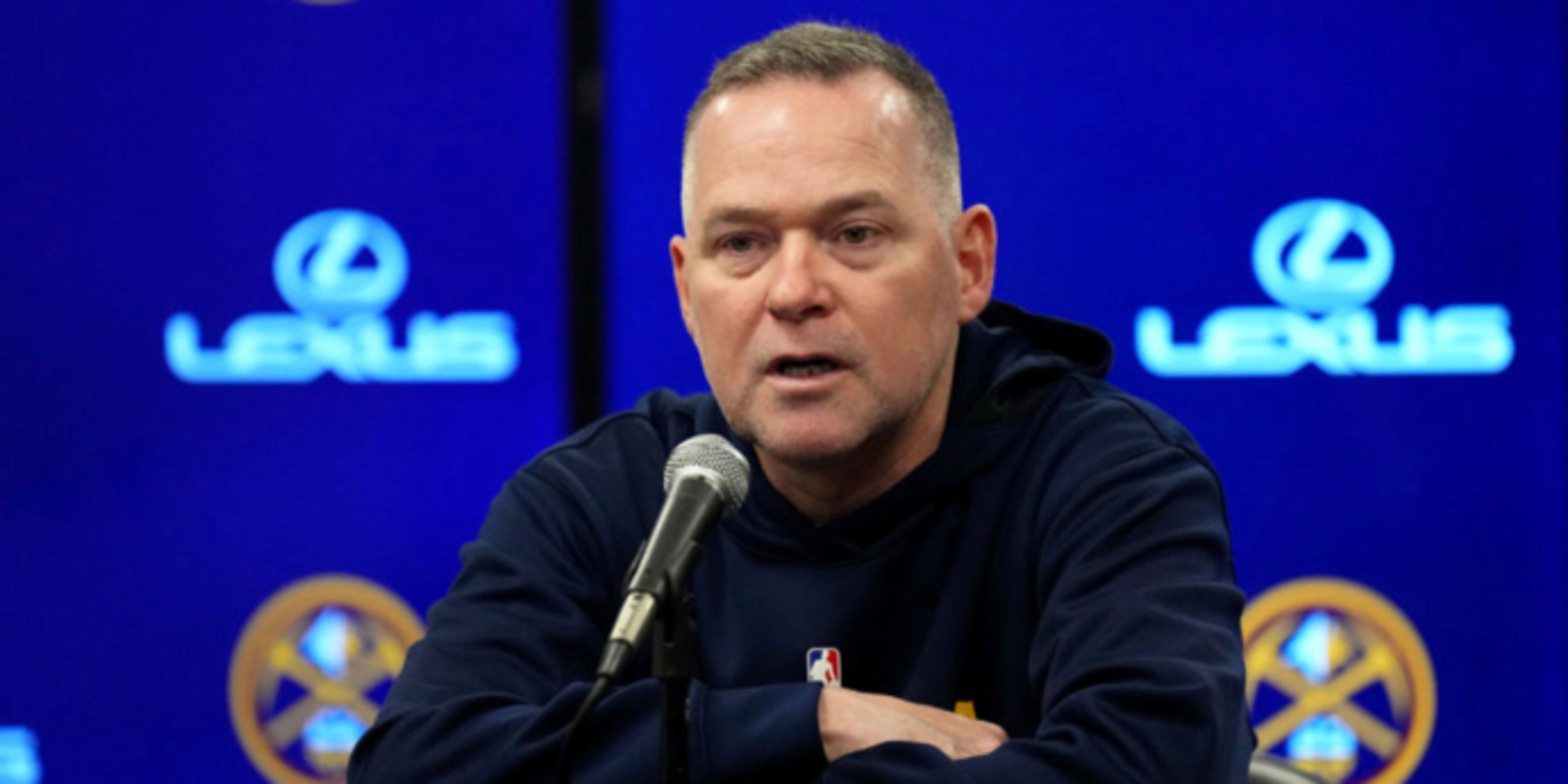 Michael Malone says the Denver Nuggets realize they won't transform into NBA title contenders simply by getting Jamal Murray and Michael Porter Jr. back on the court.

Denver's coach said Wednesday the Nuggets need to vastly improve on defense, whether that's through attitude adjustments or player acquisitions.

Thanks to an historic season by reigning MVP Nikola Jokic, the Nuggets won 48 games despite Murray missing the entire season while recovering from ACL reconstruction and Porter missing the final 73 games and the playoffs following back surgery.

The Nuggets lost to Golden State in five games in Round 1 of the NBA playoffs with their two max players looking on in street clothes from the bench.

Malone called this “a huge offseason” for the Nuggets, who aim to surround Jokic with the proper supporting cast to capitalize on his prime years.

"Everybody wants to just say, ‘Well, it’s just Michael and Jamal coming back healthy.’ And that's just a starting block, but it doesn’t end there,” Malone said. “We have a window and I think windows are only open so long. We have a 27-year-old phenom who will hopefully soon be named a back-to-back MVP.

"We have to capitalize while we have a special player in Nikola and do everything that we can as an organization — and I know we will — to put the best players around him to give ourselves the best chance to win the world championship.”

There's the draft, trades and free agency, Malone said, “but I always tell our players they have to come back better players. We as a coaching staff have to come back and prove we can find ways to help this team.”

That starts with becoming a tougher team to score on.

“Our defense against Golden State was not good enough,” Malone said. "I think we had the 16th-ranked defense in the playoffs, which is dead last."

During the season, Malone noted, Denver allowed 17½ points per game on turnovers, “so we fuel teams' breaks, we give them easy baskets."

“And then in the half-court, our inability to guard one-on-one, contain the ball, led to a lot of rim attacks and I think we were 30th in opponents' rim field-goal percentage. We were 29th in blocks per game,” Malone said.

“That's a bad combination if you struggle to guard the ball on the perimeter and you don't have Dikembe Mutombo blocking shots behind you.”

Malone said “to be a dangerous, deep playoff team you have to have an elite defense, and that's one of the areas we have to really focus on.”

Malone added that “the best perimeter defenders are tough dudes” and he has two on his roster in forward Aaron Gordon and guard Austin Rivers, a pending free agent along with center DeMarcus Cousins, guards Bryn Forbes and Facu Campazzo and forwards Vlatko Cancar, Davon Reed and Markus Howard.

“It's really an important offseason for both those guys,” Malone said. “They weren't able to play this year and that was tough for a lot of people to understand. But they weren't ready, and that's all there was to it.”

Malone said that at different times he felt both players would return to action last season, but the patience the organization displayed with them will continue next season.

“But that's not going to be the case come October, whenever the first game comes around. We have to have patience.”