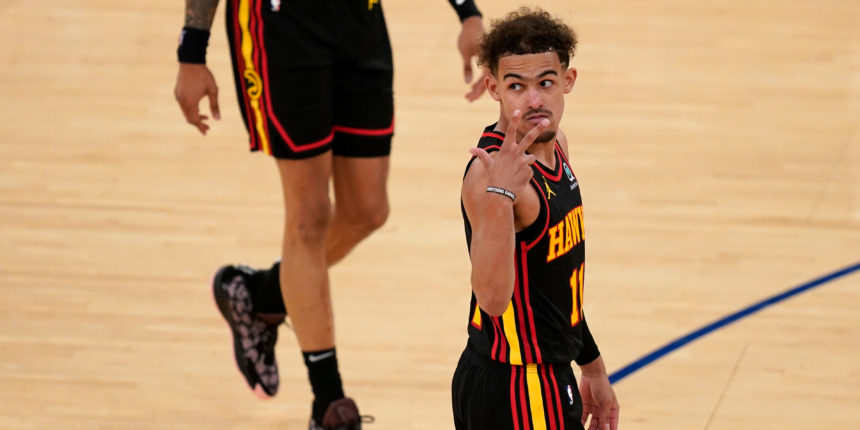 NBA's young superstars showing their time is now in playoffs

“The moment wasn’t too big for him,” Atlanta teammate Lou Williams said.

Nor for Ja Morant or Devin Booker, who were just as impressive in their debuts. Throw in Luka Doncic picking up where he left off last year, and the opening weekend of the playoffs may have proven that the time is now for some of the NBA’s best young guards.

“The great players, in every era, that’s what they do,” Knicks coach Tom Thibodeau said. “They pose problems.”

Booker and Doncic will be back in action Tuesday, hoping to send the two Los Angeles teams into 2-0 holes.

Phoenix beat the Lakers 99-90 on Sunday behind 34 points from Booker. In his sixth season, he's got much more NBA experience than Young, Morant or Doncic. But he's still only 24 years old, and no amount of regular-season games is preparation for LeBron James and the defending champions in the postseason.

Phoenix coach Monty Williams said Booker has worked on his game to be in this position.

Deandre Ayton, who's only 22 years old, added 21 points and 16 rebounds while shooting 10-of-11 from the field in his playoff debut.

Doncic hit a buzzer beater against the Clippers to win a game in last year's postseason, but this is his first time facing a playoff road crowd. No problem with that — or Kawhi Leonard or Paul George — so far, finishing with 31 points, 11 assists and 10 rebounds in Dallas' 113-103 victory at Staples Center on Saturday. He has three triple-doubles in seven postseason games.

Memphis and Atlanta wrapped up the weekend with road victories. The Grizzlies, just days after winning at Golden State just to earn the final postseason berth, beat No. 1 seed Utah 112-109. Morant scored 26 points, becoming the ninth player 22 or younger since 1984 to score 25 or more in a postseason debut — which Doncic did last year.

Young had 32 points and 10 assists in New York, where his floater in the lane with 0.9 seconds left gave the Hawks a 107-105 victory. He's had to face comparisons to Doncic ever since their draft rights were swapped for each other in 2018, with Dallas moving up two spots to No. 3 to take the eventual Rookie of the Year.

Young finally got the Hawks back to the playoffs for the first time since 2017 and made it a memorable return.

“He belongs,” Lou Williams said. “He’s a postseason player. He showed it tonight.”

The young stars are doing plenty of that so far.