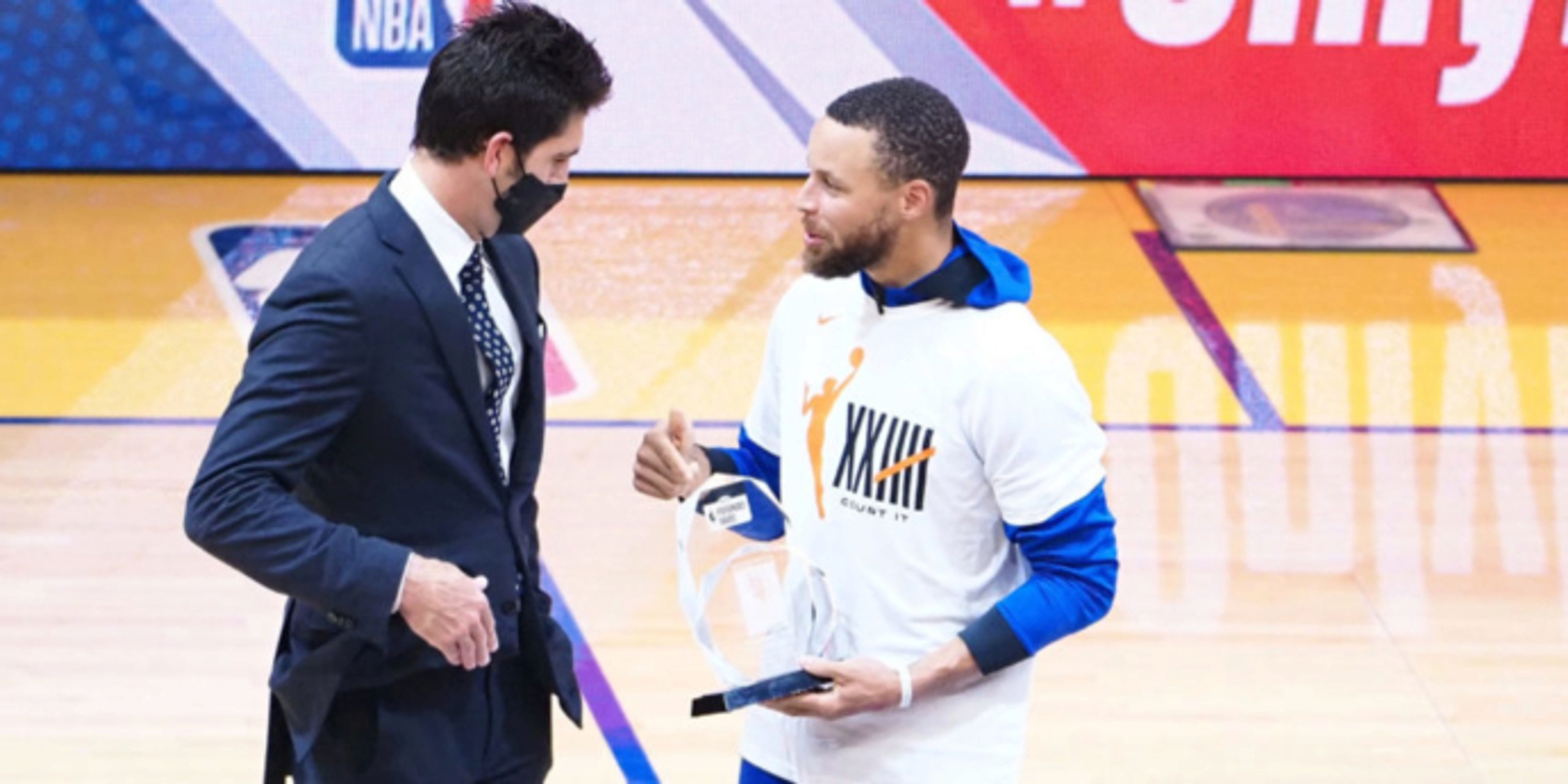 “I don’t see any reason not to be optimistic,” Myers said Monday, three days after his team's season ended in a play-in game against the Grizzlies. “He seems like he’s motivated, we’re motivated. I would say pretty confident we’ll get something done.”

In December, Curry said discussions were underway and that he is “fully committed.” The two-time NBA MVP signed a $201 million, five-year contract in July 2017 that initially was the richest ever, until James Harden topped it with a $228 million extension from the Rockets.

“Obviously, we want Steph back in the worst way," coach Steve Kerr said. “There’s no reason to think why that won’t happen.”

The shock of the season's abrupt end hadn't quite sunk in for two-time MVP Curry after Friday's loss at home to the Grizzlies, but he was already looking at what moves might be needed to build the Warriors back into a championship contender — and not just his own situation.

“Those conversations are going to pick up now, but you know, there’s a lot of uncertainty and decisions that need to go into this summer for sure,” he said. “Let’s keep it real, about how we become that team again and we’ll figure those things out as we go."

At 33 and in his 12th NBA season, Curry became the oldest scoring champion since Michael Jordan did it at age 35 in 1998. Curry averaged 32.0 points to lead the league for the second time in his career after also doing it in 2015-16. Curry also joined Jordan, Wilt Chamberlain and Kareem Abdul-Jabbar as the only players with multiple scoring titles, MVPs and championships.

Curry, who played down the stretch with a hairline fracture in his tailbone from a March 17 fall onto a bleacher step at Houston, had exit interviews with Myers and Kerr and they said he's still pondering whether to play in the Tokyo Olympics.

Myers stressed how Golden State must add some veteran players to the mix to join Curry, Draymond Green and a healthy Klay Thompson.

“Klay will be a huge addition but there’s other areas we need to improve on as well,” he said.

Everybody is eager to see Thompson back on the court after a second straight season-ending injury, this time a torn right Achilles tendon suffered just before training camp that required surgery.

Thompson also missed the 2019-20 season after tearing the ACL in his left knee during the deciding Game 6 NBA Finals loss to Toronto in 2019.

Myers guarded against the expectation that Thompson would be ready to return right away.

Myers and Kerr would love to have Kelly Oubre Jr. back next season, though with Thompson returning to the starting lineup it's unclear whether Oubre would accept a reserve role. He missed the final 12 games with an injured left wrist.

The hope is big man James Wiseman, the No. 2 overall pick in last year's draft, will be healthy in time to participate in training camp. He underwent surgery in mid-April to repair a meniscus tear in his right knee.

“I think he’s an unbelievable talent, and we absolutely should nurture his talent and continue to help him grow, and that over time there’s no doubt in our minds this guy is going to help us,” Kerr said. “He’s going to be a really good player in this league.”