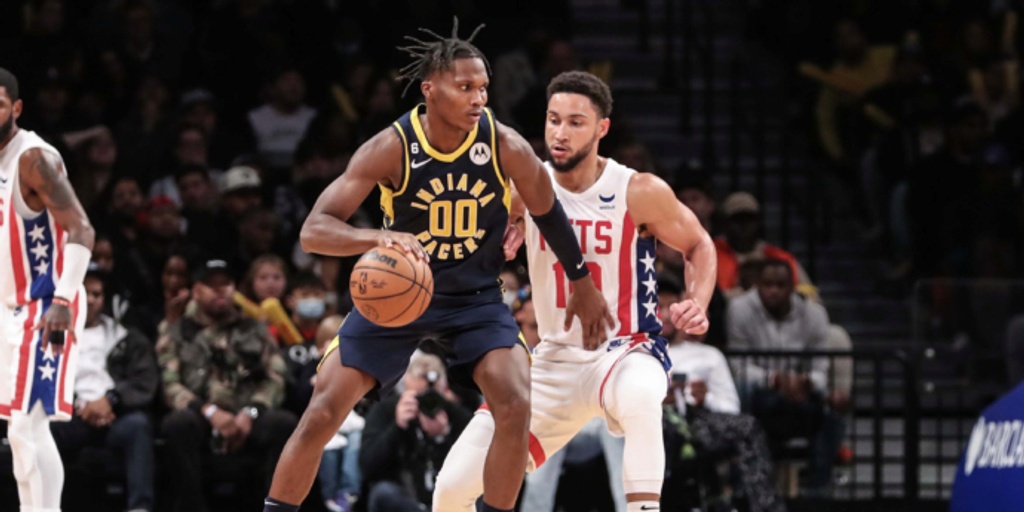 Isaiah Jackson had a double-double with 18 points and 10 rebounds and Buddy Hield chipped in 17 for the Pacers.

Kyrie Irving scored 35 points on 13 for 22 shooting from the field for the struggling Nets, who have lost their last four games. Brooklyn’s defense has allowed 124.5 points per game during four-game skid.

Kevin Durant then scored four straight points to cut the deficit 108-101 but reserve guard Chris Duarte’s 3-pointer started a 6-0 run that extended the lead 114-101 with 5:39 left.

Mathurin helped Indiana out to a 63-62 halftime lead with 22 points. He shot 5 for 8 from the field, including 4 for 5 from long distance.

Indiana has gone 2-2 during its five-game road trip. It’s their second longest stretch away from the Gainbridge Fieldhouse this season. The Pacers will play seven straight road games, all against Western Conference teams starting with a visit to Los Angeles to play the Clippers on Nov. 27. They finish it up with a Dec. 7 meeting at the Minnesota Timberwolves.

Pacers: Mathurin previous career-high in 3-pointers made was five at Detroit on Oct. 22.

Nets: G Seth Curry made his season debut after recovering from arthroscopic left ankle surgery in May. He went scoreless in 18 minutes, missing five shots – all 3-pointers.