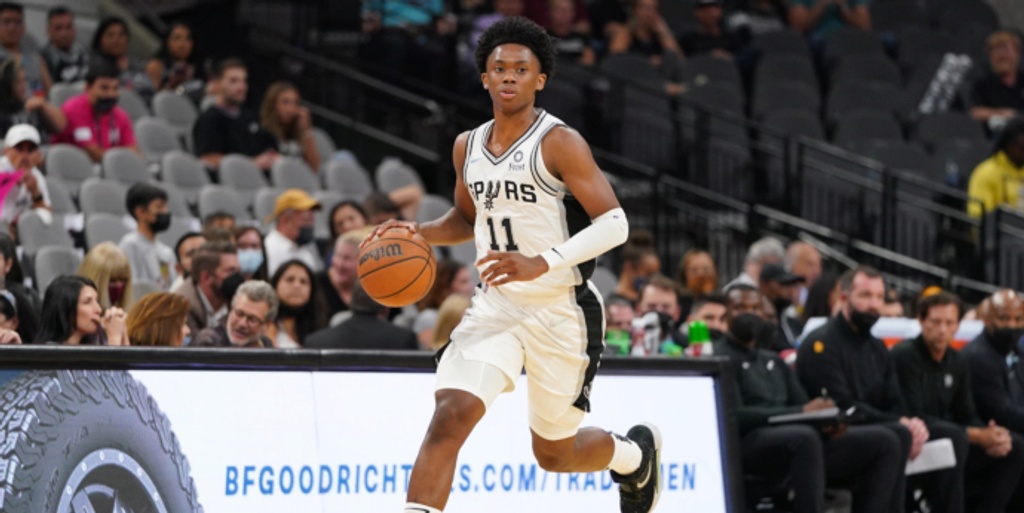 Spurs waived Primo after he allegedly exposed himself to staffer

A female former San Antonio Spurs employee has alleged that now-former Spurs guard Josh Primo exposed himself in her presence, a person with knowledge of the matter said Saturday night.

The person spoke to The Associated Press on condition of anonymity because no details had been revealed publicly by the Spurs, Primo or the accuser.

Attorney Tony Buzbee confirmed to AP that he has been hired by “a former contractor” with the Spurs. He is the attorney who represented 24 women who sued Cleveland Browns quarterback Deshaun Watson, then of the Houston Texans, accusing him of sexual assault or harassment.

Watson is serving an 11-game unpaid suspension and was fined $5 million by the NFL.

Primo was waived by the Spurs on Friday in a surprising move, given that the 19-year-old was considered to be an important part of the team’s future. ESPN, citing sources, reported Saturday that the Spurs parted ways with Primo after “multiple alleged instances of him exposing himself to women.” The San Antonio Express-News also confirmed that the Spurs’ decision followed multiple allegations made against Primo.

There are no active court cases against Primo in Bexar County, Texas, according to online records.

On Friday, Primo released a statement to ESPN saying that he has “been seeking help to deal with previous trauma I suffered and will now take this time to focus on my mental health treatment more fully. I hope to be able to discuss these issues in the future so I can help others who have suffered in a similar way. I appreciate privacy at this time.”

The Spurs took Primo with the No. 12 pick in the 2021 NBA draft after he spent one year of college at Alabama.

The team had even recently picked up his third-year option, a largely procedural move that locked in a $4.3 million salary for next season and showed that he was expected to remain in the Spurs' plans. He was making $4.1 million this season.

“It is our hope that, in the long run, this decision will serve the best interest of both the organization and Joshua,” Spurs CEO R.C. Buford said when the team waived Primo on Friday. Spurs coach Gregg Popovich did not add details, referring reporters to Buford’s statement and saying “we’re going to stick by what we told you.”