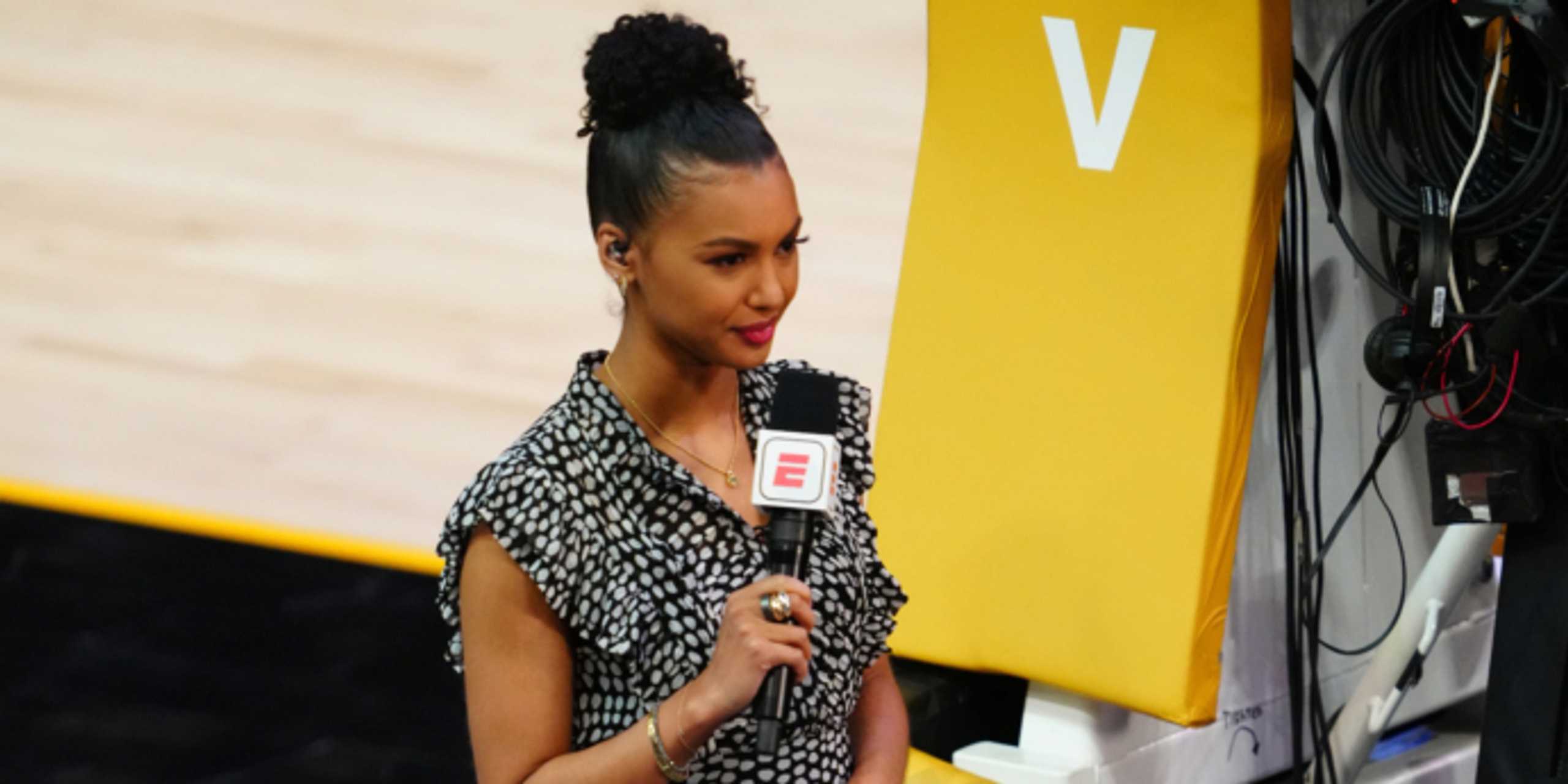 LOS ANGELES (AP) — Malika Andrews and the crew from “NBA Today” will have a bigger profile this season.

The coverage will mainly take place from ESPN's Los Angeles studio, which across the street from Crypto.com Arena — the home of the Lakers and Clippers.

Andrews filled in for Mike Greenberg last season at times, and said she felt nervous during the first couple. She said there might be less anxiety this time since it is a familiar cast.

“It’s kind of the same feel, vibe and chemistry with the same people who I get to work alongside every day. Just in a different time slot,” Andrews said.

The move also increases Andrews' role. Besides taking over on “NBA Today” last year and continuing her role as a sideline reporter, she hosted the network's coverage of the NBA draft and the NBA draft lottery.

Andrews rose to prominence two years ago when she reported from inside the Orlando bubble, and was the sideline reporter during the 2021 NBA Finals after Rachel Nichols was taken off coverage.

Nichols did not work the finals and a couple months later saw her time at ESPN end after reports surfaced that Nichols, who was accidentally recorded in the bubble, suggested colleague Maria Taylor’s promotion to host the 2020 NBA Finals was related to diversity.

“NBA Today” replaced Nichols’ “The Jump” last September. Ratings for this September were up 8% compared to last year, while coverage of the NBA Summer League and free agency in July was the most watched in five years in the timeslot.

“I'm still learning to be the best host I can be. I still watch every show, taking notes and looking at how I can be better,” Andrews said. “You can’t manufacture chemistry in a bottle and say, ‘OK, we’re going to add one and two, and all of a sudden that spits out chemistry on the other side.’ I’ve been colleagues with Richard, Chiney and Kendrick for years, but we didn’t work together every day like we do now. I do think going into Year Two, that is going to help as well.”

Dave Roberts, ESPN's head of NBA and studio production, praised Andrews for being poised and quickly adapting to being a studio host.

“Malika is a universally respected journalist and she continues to thrive at every assignment she’s given," he said, adding, "She can operate as an excellent point guard, if you will, to make everyone else on that set better."

Greenberg will continue to host most of ESPN and ABC’s marquee NBA events, but Andrews will also have a key role either as a sideline reporter or contributing on features and interviews.

Andrews said he hasn't had much time to think about her rise over the past two years, but when she does, she feels grateful.

“I never thought I would get to do this. I think it is cool when the kids are doing mock interviews because I struggled as an adolescent," she said. “I didn’t have this perfect plan to come together and now as everything has come together in this imperfect yet perfect way.”