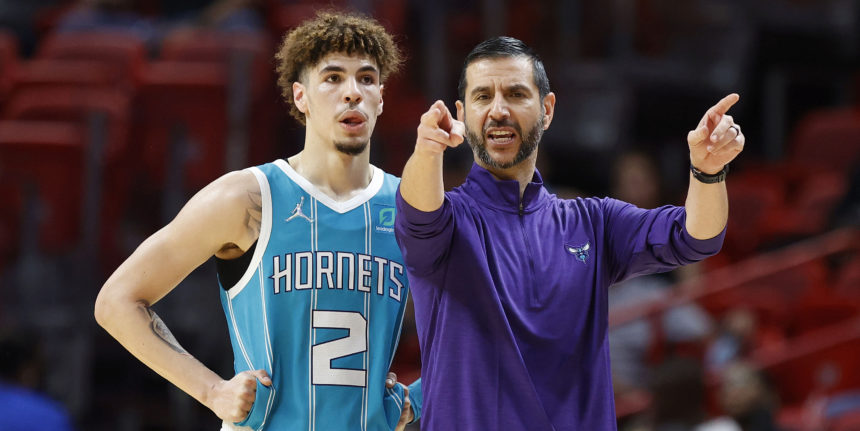 The memory of an embarrassing 144-117 loss to the Indiana Pacers in the NBA play-in game last May is never far from the mind of Miles Bridges and many of his returning Charlotte Hornets teammates.

“Every time I got tired this summer during a drill, I thought about that game,” Bridges said. “We can’t take any games for granted this season.”

Bridges looks back on the loss as a “blessing it disguise” as it has served as a lesson for just how far the Hornets need to go to become a winning franchise. Charlotte hasn’t been in a playoff series since the 2015-16 season and hasn’t won one in two decades.

But the Hornets believe that’s all about to change.

Guard Terry Rozier said if the Hornets don't make the postseason this year it will be an “absolute fail.”

The Hornets rose to fourth place in the Eastern Conference standings last year but then things fell apart.

It began with the loss of veteran leader Gordon Hayward, who missed the final six weeks with a foot injury. LaMelo Ball then fractured his wrist, losing a month of his NBA rookie of the year season. And the ever-improving Bridges entered the league's heath and safety protocols, the final blow for a team that would finish 33-39 and in 10th place in the East.

But the Hornets are healthy now and have added veteran center Mason Plumlee and forward Kelly Oubre Jr. via free agency along with guard James Bouknight and forward Kai Jones in the first round of the NBA draft.

Hayward's health of Hayward and continued development of Ball as a point guard and team leader stand front and center as key to Charlotte's success this season.

Coach James Borrego said there is a “great vibe and chemistry” with the team, noting a team get-together this offseason in Miami which everyone attended — including team owner Michael Jordan — and the number of players who stayed in Charlotte this summer to workout together.

“This group really enjoys each other," Borrego said. "The halls are alive and active.”

Some other things to know as the Hornets prepare for the 2021-22 season:

The Hornets appear to have settled on a starting lineup consisting of Ball and Rozier at guard, Hayward and Bridges at forward and Plumlee at center. That means P.J. Washington will be coming off the bench, along with Oubre.

Don’t be surprised if Bouknight and Jones have immediate and important roles with the Hornets.

Bouknight brings some much needed natural scoring ability at all three levels and Jones is athletic, runs the floor with youthful exuberance and said he is the type of player who wants to “dunk everything.”

When Jones arrived in Charlotte he asked if he could wear No. 23 — the same number worn by Jordan when he won six NBA titles with the Chicago Bulls.

“At first everyone was like, ‘Uh, just give us a second...’” Jones said with a loud laugh. “And then everything was cleared.”

The Hornets say they will closely monitor Hayward's minutes in an effort to navigate him through an 82-game season. That could include sitting out a few games altogether for body management.

“He looks great, feels great, his body is in great shape, physically he is ready to go,” Borrego said. “... Will he play 82 games? I don’t know. We will have to figure that out as we go. ... It will be a week-to-week basis of how we manage him.”

Borrego said Ball's defense is something that had to improve, and he believes the 20-year-old has made good strides.

“You can’t just have a good possession defensively and then the next you relax," Borrego said. “To win in this league, you have to be consistent.”

Rozier has become the emotional leader of the Hornets since coming over in a trade that sent the franchise's all-time leader scorer Kemba Walker to Boston and the player most likely to take a potential game-winning shot.

While Rozier was viewed as a throw-in piece at the time of the trade, he has put up numbers right in line with Walker, upping his scoring average from 18 points per game two years ago to 20.4 last season. The Hornets rewarded him with four-year, $97 million max contract extension earlier this offseason.