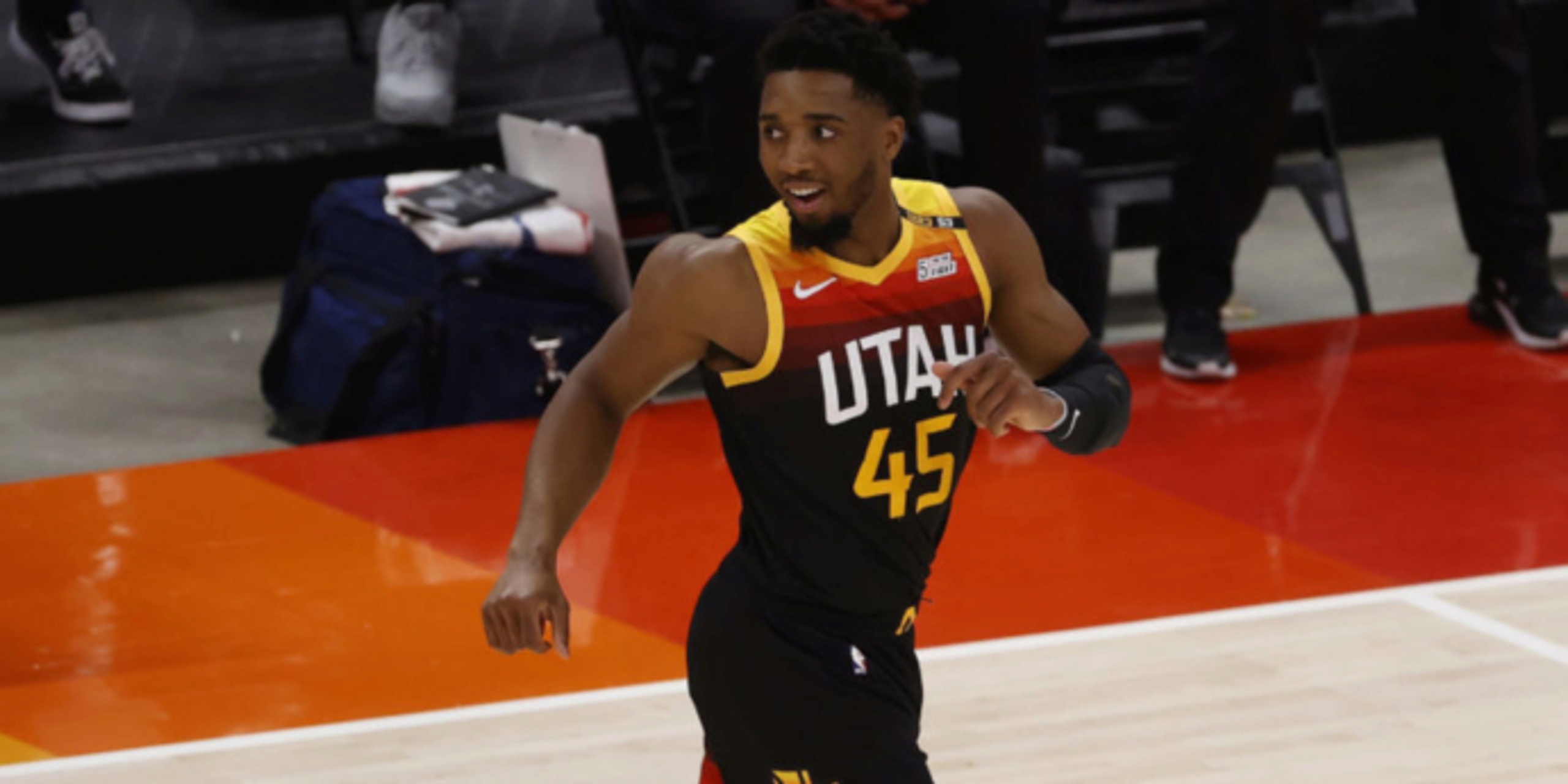 SALT LAKE CITY (AP) — Donovan Mitchell scored 45 points to lead the Utah Jazz to a 112-109 victory over the Los Angeles Clippers in Game 1 of their Western Conference semifinals series on Tuesday night.

Mitchell did most of his work in the second half, scoring 32 points to rally the Jazz from a double-digit deficit. Jordan Clarkson and Bojan Bogdanovic chipped in 18 points apiece. Mitchell and Clarkson combined for 12 3-pointers.

Utah and Los Angeles will play Game 2 on Thursday in Salt Lake City.

The Jazz trailed by as many as 14 points before rallying and overtaking the Clippers in the fourth quarter. Utah took the lead for good on a 21-9 run bookended by 3-pointers from Bogdanovic. His second one gave the Jazz a 103-93 lead with 5:22 remaining.

George hit a 3-pointer to cut the deficit to 112-109 in the final minute. But Rudy Gobert blocked a potential game-tying shot from Marcus Morris with a second left to preserve the victory.

The Jazz were ice cold on offense during the first quarter. Utah jumped out to a 10-2 lead after Mitchell made a pair of 3-pointers. Over the next 8 1/2 minutes, the Jazz missed 20 consecutive shots. 15 of the 20 shots were contested by the Clippers. Utah started 3-of-25 from the field before Clarkson buried a corner three to break the ice.

Los Angeles capitalized on the lengthy drought with a 22-2 run. Kennard buried three 3-pointers to put the Clippers in front 24-12 late in the quarter.

Hot outside shooting buoyed Los Angeles in the second quarter and kept Utah at arm’s length. The Clippers went 7-of-12 from 3-point range during the quarter. Four of those baskets came during a stretch where they scored on six straight possessions, culminating in Rajon Rondo’s outside basket, to extend their lead to 51-37.

Mitchell took over early in the third quarter. He scored four straight baskets to open the quarter and totaled 16 points in nine minutes. His effort helped the Jazz regain a 72-71 lead at the end of a 13-4 run. Mitchell scored back-to-back baskets to fuel the run and assisted the go-ahead layup from Royce O’Neale.

Clippers: Serge Ibaka (back spasms) did not play. … DeMarcus Cousins made his postseason debut and finished with six points and three rebounds in four minutes. Cousins did not appear in any of the first-round games against Dallas. … George went 4-of-17 from the field.

Jazz: Mike Conley (right hamstring strain) did not play. … Mitchell shot 11-of-17 from the field in the second half. … Gobert and O’Neale combined for 23 rebounds. … Utah did not score a two-point basket during the first quarter, going 0-of-8 inside the 3-point line.