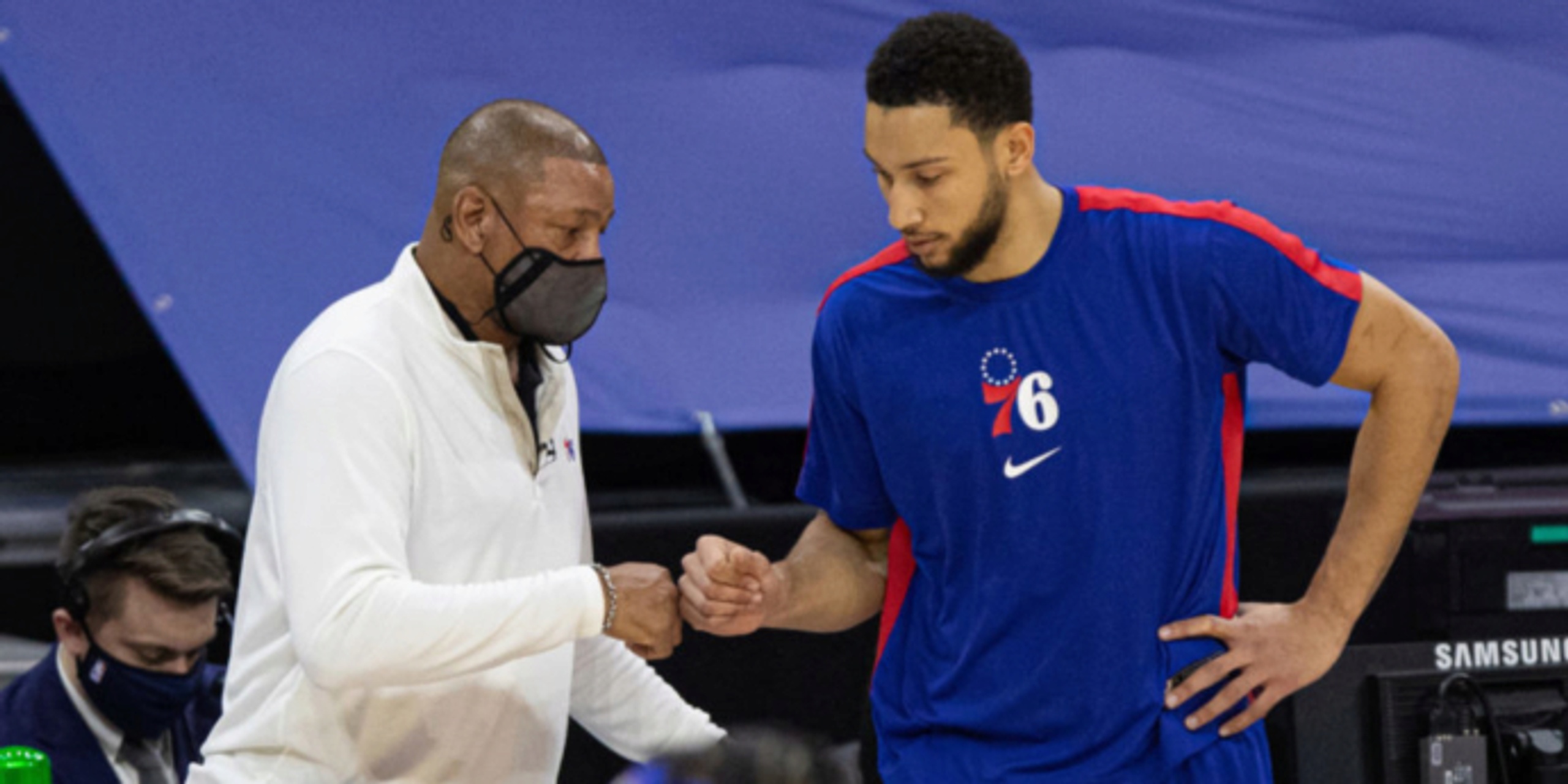 The 76ers and representation for disgruntled All-Star Ben Simmons have neared a resolution of the guard’s holdout that could potentially see him rejoin the team this week.

The first step was in motion Monday night: Simmons was in Philadelphia and coach Doc Rivers did not rule out the possibility of a return to practice at some point this week.

“Clearly that’s what we want, or we wouldn’t be talking if that wasn’t part of it,” Rivers said.

Simmons missed training camp and the preseason in the wake of his offseason trade demand that had left the Sixers without their three-time All-Star -- and Simmons out millions in lost salary and fines. The 25-year-old Australian still has $147 million and four years left on his contract.

Rivers said he has not talked to Simmons during the holdout, only Klutch Sports CEO Rich Paul. Sixers President Daryl Morey has fielded offers for Simmons but has yet to find a package to his satisfaction that would keep the the Sixers among the Eastern Conference's best teams.

Morey and Rivers have been publicly optimistic since the start of training camp that Simmons would play again for the Sixers. Rivers said he did not know if the situation could be resolved this week.

But the possibility of a reunion -- as farfetched as it once seemed -- could be on the horizon.

“We’ve said from Day 1 what we’ve wanted,” Rivers said. “We’d love to have him back. Other than that, honestly, there’s nothing to report.”

Rivers said conversations with Klutch “have been good throughout, honestly” and there was no animosity on either side.

The bottom line of the holdout may very well be about the bottom line; the more games and practices Simmons misses, the more money he loses. Report to Philadelphia and, even if he never plays, the financial bleeding starts to ease up.

Simmons, the No. 1 pick of the 2016 draft, had been paired with Joel Embiid as the franchise cornerstones as the Sixers chase their first NBA championship since 1983. Simmons, though, took the brunt of the blame for the top-seeded Sixers’ second-round exit in last season’s playoffs. He shot 34% from the free-throw line in the postseason and was reluctant to attempt a shot from anywhere on the floor late in games.

Rivers and Embiid both made pointed comments about Simmons following the Game 7 loss to Atlanta.

Rivers said his “I don’t know” response to if Simmons could be a championship point guard was taken out of context. Embiid has refused to back down and said in camp the melodrama was “weird, disappointing, borderline kind of disrespectful to all the guys that are out here fighting for their lives.”

“Other than that first 10 minutes of ‘welcome back’ and taking the crap from your teammates about missing camp and stuff, guys want to win,” Rivers said. “They want to win and they look at Ben as a guy that can help them do that.”

Embiid endorsed Simmons' return after the Sixers beat the Nets in a preseason game.

“I believe that he gives us the best chance to win,” Embiid said. “We're a better team with him than without. That's for sure. I'm happy that things have resolved and we can move on and can try and be a better team.”

“My guess is when, if he comes, I think he’ll be ready to play,” Rivers said.

Rivers defused the situation, opening his pregame press conference by saying, “Hello, everyone, I have a statement to make.” As questions about Simmons kept coming before the Sixers played the Brooklyn Nets, Rivers said, “you guys know we have a game today, right?”

So, what about the point guard situation?

Help, still perhaps implausible, might be on the way.