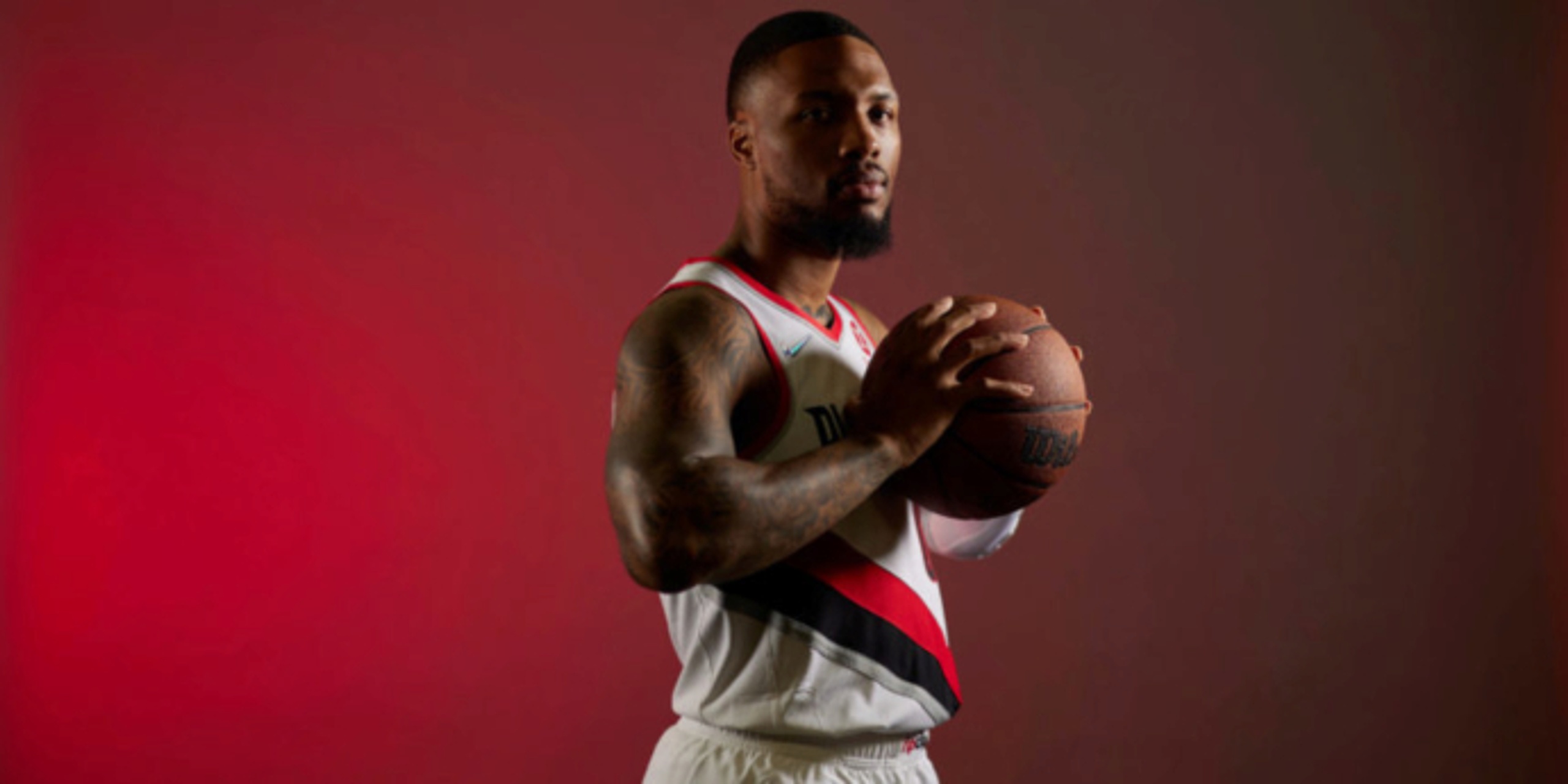 Damian Lillard has faith Blazers will be better this season

If this summer taught Damian Lillard anything, it’s that he's dedicated.

The Trail Blazers guard married his longtime girlfriend and the mother of this three kids, played in the Olympics despite withdrawing his name from consideration from the national team a few years ago, and worked on his second career in music.

He said the busy offseason centered him, because he acted on his convictions.

"All of those things that I stuck with is what has me here," Lillard said Monday at the team's media day. “What keeps me so invested here is I want to see it through. I want to see it happen. I mean what I say.”

There was speculation at the end of last season that Lillard might be looking to move on from the Blazers.

Lillard fueled rumors about his future in Portland following the team's first-round elimination from the playoffs. He posted a photo of himself in street clothes at the Moda Center, and quoted the late rapper and activist Nipsey Hussle.

“How long should I stay dedicated?” he wrote. “How long til opportunity meet preparation?”

While Portland didn't end up making making a blockbuster deal that some fans wanted, the Blazers have solid depth.

“We've established so much as a team and as an organization, we don't want to just go do something to just to say, 'I made a change.' You want it to be in line with something that could actually make us better, something that could send us to the level that we're trying to get to," Lillard said. “We've done some things that I like. I didn't expect us to go out there and get Kevin Durant all of the sudden.”

Portland finished the regular season 42-30 and earned the sixth seed in the Western Conference. The team was riding momentum, having won 10 of its final 12 regular-season games. But the playoffs were brief as Portland was eliminated in the opening round by Denver.

Lillard averaged 28.8 points and 7.5 assists during the regular season.

“Everybody knows the affinity he has for the city, for the fan base. He's really excited,” Billups said. “At the end of the day, Dame wants exactly what we all want, and that's to be successful and win. I think he's happy with what's happened this summer, with our roster being a lot deeper. A little less pressure for him to be absolutely amazing every single night.”

The Blazers announced Monday that the team is 100% vaccinated.

Lillard said the decision to get the vaccination was an easy one.

“I have a lot of people in my family who I'm tight with and spend a lot of time around, and I'm just not going to put their health or their lives in danger because I have to go do research,” Lillard said. “As a kid, I had to get shots my whole life, before I went to college, I had to get shots. And I couldn't tell you one thing about any of them.”

Lillard is entering his 10th NBA season. The closest he’s come to a title was a trip to the Western Conference finals in 2019.

Perhaps this is the season the Blazers take the next step.

“I think over the years we’ve always had a competitive team, I think we’ll be competitive again,” Lillard said. “Obviously, at the end of last season I wanted to see our roster improve. I wanted us to have a better chance to win. And we had our conversations throughout the summer about what that looked like, and how we could take steps in that direction. I come into this season with faith that that’s going to happen.”