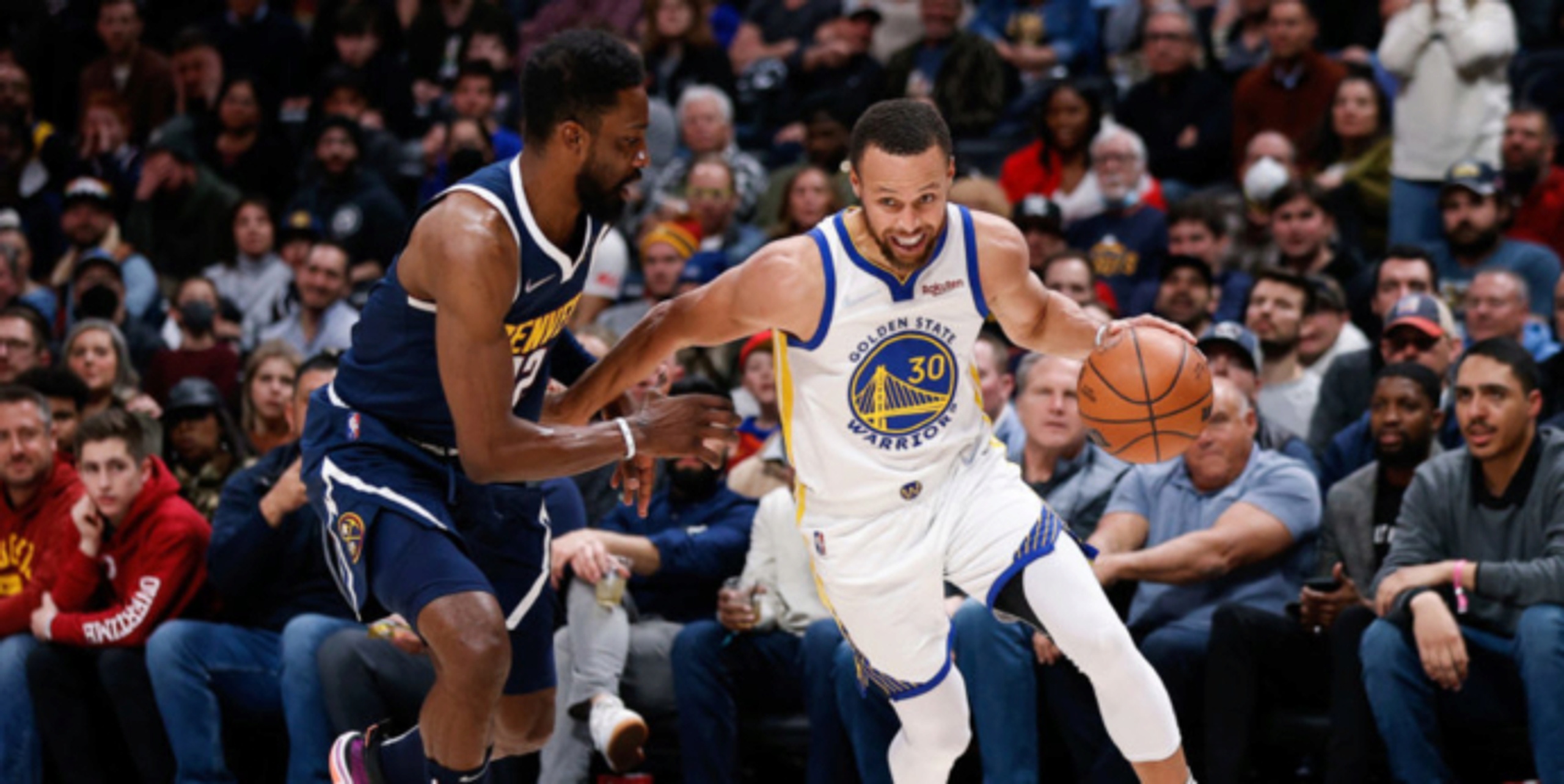 Stephen Curry scored 24 of his 34 points in the second half, and the Golden State Warriors closed the game with a 13-0 run to beat the Denver Nuggets 113-102 on Thursday night.

Jordan Poole had 21 points, and Jonathan Kuminga and Klay Thompson added 18 each for the Warriors, who beat the Nuggets for the first time this season. Denver won its first three games against Golden State this season, most recently a Monday night matchup in the Mile-High City in which Curry, Thompson and Andrew Wiggins had been held out for rest.

“We just stuck with it,” Poole said. “We fought the entire 48, a lot of guys stepped up. We were really able to lock in on the defensive end in the fourth quarter.”

“It was a great second half, terrible first half, so I’m proud of the way the guys responded,” Warriors coach Steve Kerr said. “It was a much-needed win and hopefully we can put together a little streak here.

“The first half, we were taking lousy shots. I’m going to continue to stress to all of our guys, including Klay, got to get good shots. It gives our games a balance. We have about 15 games left and we have to get better from here."

Trailing by nine at the break, the Warriors used a strong third quarter to retake the lead behind a resurgent Curry, who had 18 points in the period, including a head-spinning 3-pointer he launched from 33 feet away.

Golden State took an 88-84 advantage into the fourth quarter and stretched their lead to eight but couldn’t break away. A driving layup by Jokic evened the score at 98 with 5:25 left to play.

The game remained tight in the closing minutes with Denver taking a 102-100 lead on a pair of free throws by Aaron Gordon with 3:10 left to play. That would be the last time the Nuggets scored.

Curry drove to the basket for layups on successive possessions for a 104-102 lead with 1:59 remaining. Poole then connected on a pair of 3-pointers around consecutive Denver turnovers to seal the victory.

The Nuggets were playing their fourth game in five nights and Morris said fatigue could have been a factor in the team’s turnover-plagued finish. Denver came in having won 10 of its previous 11.

“I think it definitely weighed on us tonight, especially the way they moved,” Morris said. “They can mess with you with switches and stuff. It’s tough with Steph out there attracting so much attention. You kind of forget you still have to help other guys. But it was a good test for us and I like where we’re at in the season right now."

A basket by Poole put the Warriors up 35-32 early in the second quarter before the Nuggets, with their second unit on the floor, went on a stunning 15-0 run. Davon Reed capped the surge with a 3-pointer, JaMychal Green had two rim-rattling dunks, both off feeds in the lane from Bones Hyland, who also had a nifty drive past Kuminga for a finger-roll layup.

The Warriors cut the deficit to a point on Kevon Looney’s bank shot, but the Nuggets scored eight straight points in the final 94 seconds of the quarter, culminated by Morris’ running layup for Denver’s 60-51 halftime lead.

Warriors: F Draymond Green, sidelined since early January with a back injury, is expected to return next week. ... F Otto Porter Jr. missed a third game because of illness. ... G Gary Payton II remains day to day because of left knee soreness.

Nuggets: F Will Barton missed a third consecutive game with a left ankle sprain suffered Sunday against New Orleans. ... F Jeff Green returned to the lineup after missing Wednesday’s game in Sacramento to be with his wife for the birth of their daughter. ... Hyland returned to action after missing the Sacramento game due to left knee soreness.