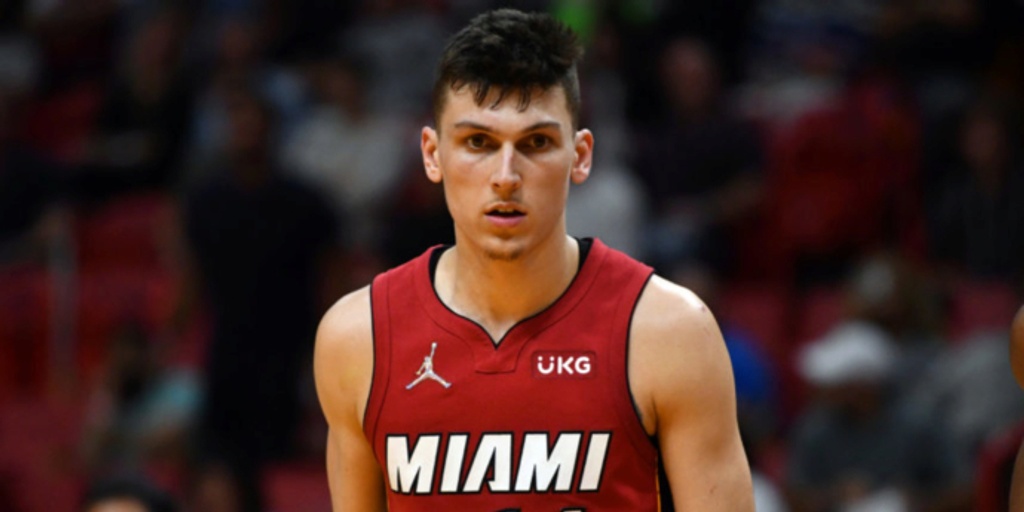 Report: Heat's Tyler Herro could get max extension this offseason

Miami Heat guard Tyer Herro is eligible for a rookie extension, and a new report from Jake Fischer of Bleacher Report says it could be a lucrative one for the third-year player.

"Some rival executives and agents polled by B/R believe Herro's next deal may approach his five-year, $184 million maximum," says Fischer. "Others have pointed more toward Jaylen Brown's recent structure of a four-year, $106 million deal. For context, Fred VanVleet and Lonzo Ball's recent four-year, $85 million contracts have set a clear benchmark in the market...

"...Herro is eligible for a lucrative rookie extension this summer. After a perceived struggle last season, he's flourished both in late-game situations and spearheading Miami's second unit to the tune of 20.8 points, 4.8 rebounds and 4.0 assists per game. He's at times been Miami's clear best player. Then there are skeptics in the league who view Herro as nothing more than a top-tier bench creator and sixth man. But there's enough evidence to suggest the 22-year-old is blossoming into an All-Star-caliber scorer—a potentially costly outcome for Miami's books."

ANALYSIS: Herro has been a huge part of Miami's success this season, where the Heat currently sit atop of the Eastern Conference at 44-23.