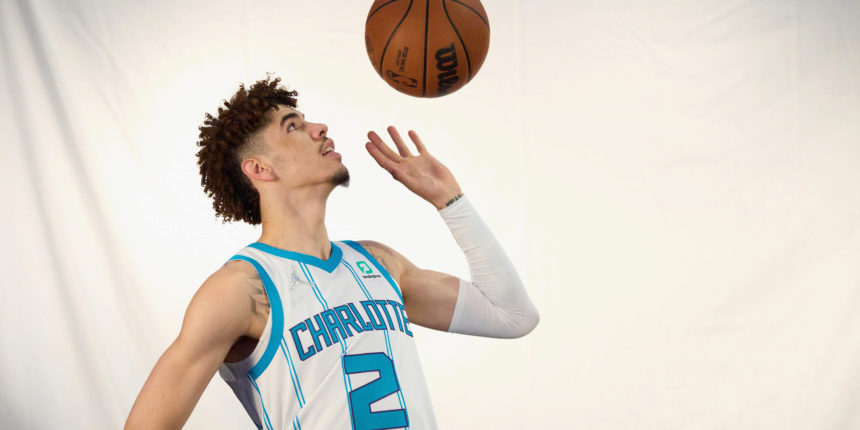 Borrego: LaMelo Ball must take 'next step' for Hornets to win

LaMelo Ball made the transition from playing basketball overseas to the NBA last season look fairly easy, breezing his way to rookie of the year honors.

For Borrego, that means the No. 3 overall pick in 2020 gaining a deeper understanding of who the Hornets are as a team, what to look for in certain in-game situations and taking on more of a leadership role through communication with his teammates.

“I want him to take the reins of this program,” Borrego said. “He’s the quarterback, the floor general and for us to take that next step he must run this team, not only on the offensive end but the defensive end as well.”

The Hornets went 33-39 last season, finishing 10th in the East and losing to the Indiana Pacers in the play-in game. The bar is set a little higher this year with shooting guard Terry Rozier saying anything but the playoffs would be “an absolute fail.”

Borrego has been working closely with Ball in one-on-one sessions, stressing the importance of understanding situations.

Because of the shortened offseason and a condensed regular season last year due to COVID-19, Ball didn't get a chance to learn much from coaches.

Borrego would often find himself yelling instructions to Ball from the bench.

He doesn't want to have to do that this year.

“A lot of his success last year was based on instinct and feel,” Borrego said. “Now his next step is managing who we are, his personnel around him and understanding the league in general. So our conversation as been around our team, our strengths, our values and understanding his teammates.”

Ball said he's “definitely” up to the challenge.

“It’s going over plays and stuff and watching film and knowing where to be at and where others players are to be,” Ball said. “It’s leading the pack.”

There were concerns about his unorthodox 3-point stroke coming into the league, but he shot a respectable 37.5% from 3-point range through 41 games before breaking his wrist. He returned five weeks later, but could regularly be seen favoring the wrist and it clearly affected his shot. He made just 24.4% from beyond the arc over the final 10 games.

But teammate Miles Bridges said Ball's shot looks great now and he's back to fearlessly attacking the rim — and looks ready to lead the Hornets.

“Melo, he's still young,” Bridges said. “We sometimes forget that he's 20 years old. So he's doing a great job of being a leader on the offensive end. He's just communicating more and that's what we want to work on. It's not hard. He's a very vocal player. But just him just being comfortable with saying stuff" to other players.

Said Ball: “That’s a point guard. I’m definitely going to lead. All of my life I've been leading. So it’s a great position for me.”

Borrego talks repeatedly about how much he enjoys coaching Ball and loves his enthusiasm.

He likes that Ball has been at every team function, attending a players-only trip to Miami earlier this offseason and traveling Las Vegas to watch the Summer League. The California native also spent the summer in Charlotte, dialed in on improving his game and developing chemistry with his teammates.

“He is fully engaged and I love that about him," Borrego said. “I expect a big year from him, and I expect him to take another step."