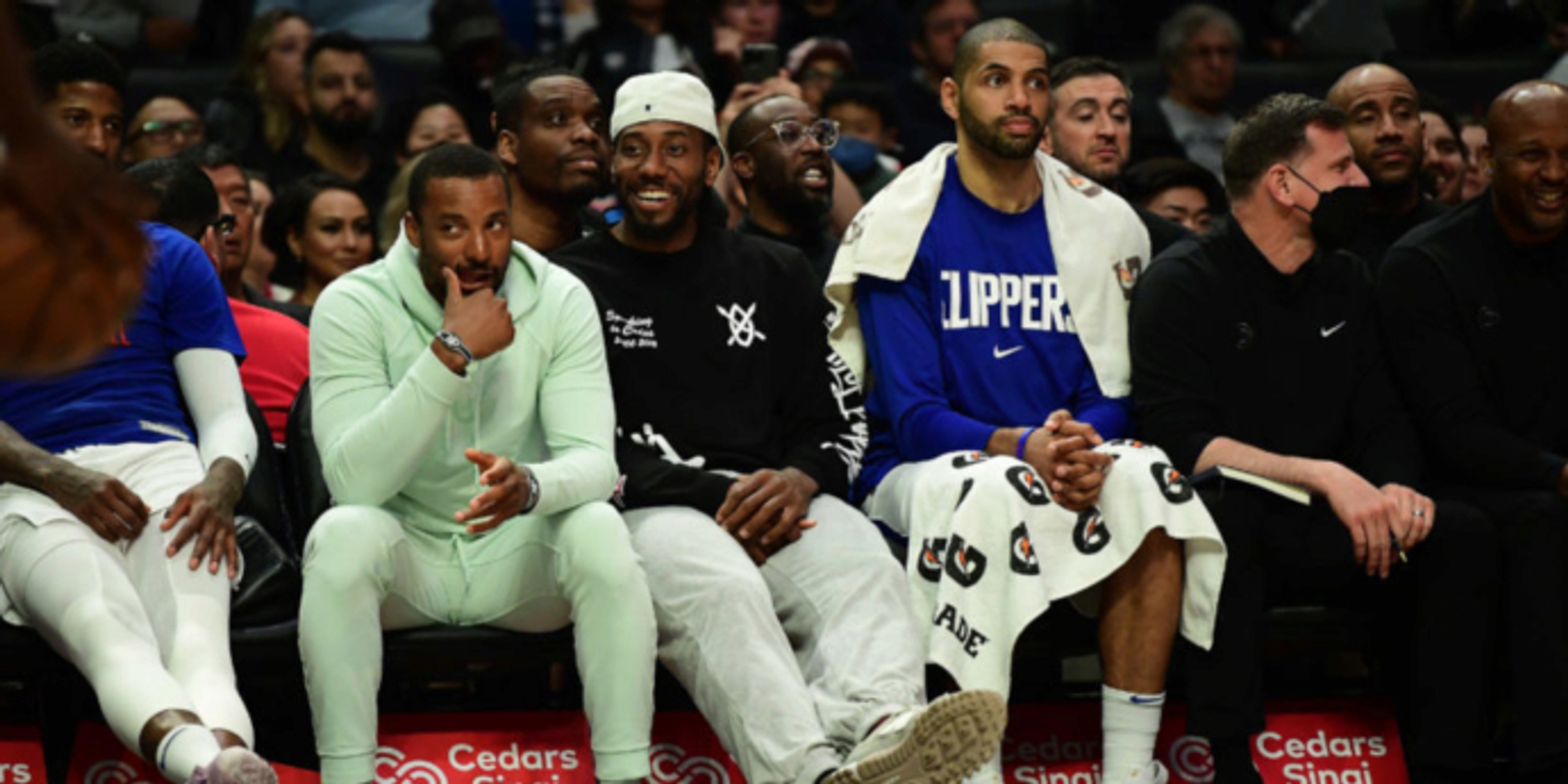 Clippers look ahead to return of Leonard next season

As down as they felt after blowing two chances to make the playoffs, the Los Angeles Clippers can’t wait for next season.

That’s when a healthy Kawhi Leonard is expected back in the lineup, alongside Paul George and Norman Powell.

“We get our main guys back,” coach Tyronn Lue said. “I mean, we can be dangerous.”

Leonard didn't play during the Clippers' roller coaster of a season that ended in a 105-101 play-in loss to the New Orleans Pelicans on Friday night. George didn't either, after entering the league's health and safety protocols earlier in the day.

Leonard could only watch as the Clippers blew a 13-point lead in the fourth quarter after letting a lead slip away in losing to Minnesota in the first play-in game.

George missed a large chunk of the season while injured and Powell was out for a couple months after joining the team in a February trade. Luke Kennard, the league's 3-point percentage leader, missed both play-in games with a sore hamstring.

The Clippers still managed to finish 42-40, staging several thrilling double-digit comebacks in the second half of games.

Reggie Jackson provided a steadying presence for a team wracked by injuries and COVID-19 issues that caused players to miss 385 total games. He averaged 16.8 points and 4.8 assists without Leonard and George serving as the primary playmakers. They'll be back to those roles next season.

“The sky’s the limit when you get those two,” Jackson said. “It's going to be about hopefully getting them healthy, meshing, and everybody improving individually. I can't help but smile already thinking about next year.”

Marcus Morris said the team needs a backup point guard to contend for a championship.

The Clippers struggled all season with rebounding, ranking 22nd out of 30 teams with 51.3 per game. They allowed opponents too many offensive boards which led to second-chance points.

Against the Pelicans, they were outrebounded by nine and outscored by seven on second-chance points.

Lue is missing the playoffs for the first time as an assistant or head coach.

His ability as a quick-thinking tactician willing to change up the game plan has been hailed by his players and rival coaches. The latest example was Lue's decision to go small in the second half against the Pelicans, leading the Clippers to outscore them 38-18 in the third quarter.

“His energy is infectious,” said Robert Covington, who came along with Powell in the February trade. “He knows how to pick guys up, keep them motivated. You want a coach like that.”

Covington said he wants to return next season. The veteran is an athletic wing who can play big and could partner well with a healthy Leonard and George.

Isaiah Hartenstein is set to become a free agent and proved a reliable backup to Zubac while showing a deft touch from 3-point range.

Nicolas Batum is the lone Clipper with a player option for next season. He became a frequent starter with all the injuries.

Amir Coffey and Jay Scrubb are set to become restricted free agents this summer. Coffey came up big at times this season and defends well. Scrubb had season-ending surgery on his right foot in February.