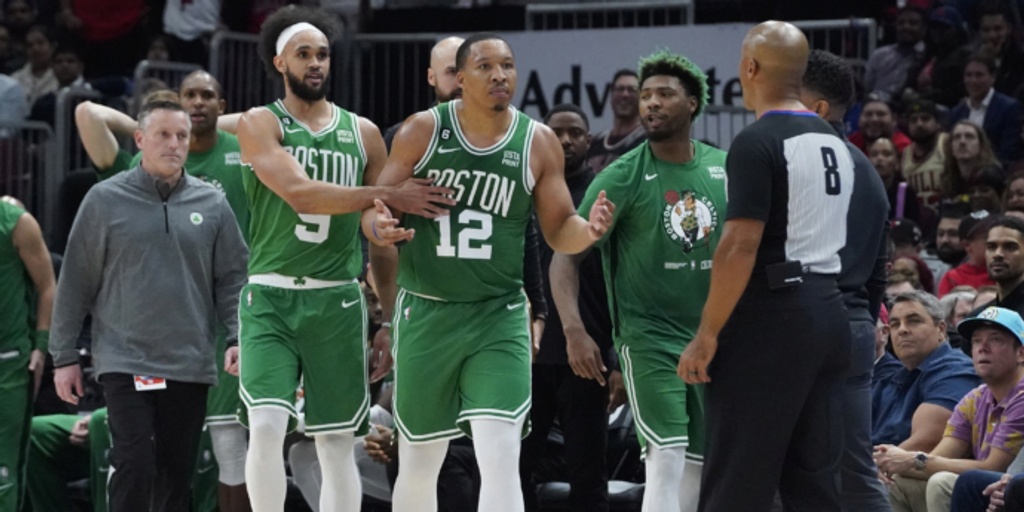 BOSTON (AP) — Celtics forward Grant Williams was suspended for one game without pay for using inappropriate language and “recklessly making contact with” a referee, the NBA said Wednesday.

The league said he will serve the suspension on Friday night when Boston hosts the Cleveland Cavaliers.

Williams was given a technical foul and then ejected in the fourth quarter of the Celtics’ 120-102 loss at Chicago on Monday night after he was called for an offensive blocking foul while defending Zach LaVine.

He jumped in protest and made what crew chief Marc Davis told a pool reporter after the game was “intentional physical contact” with referee Cheryl Flores.