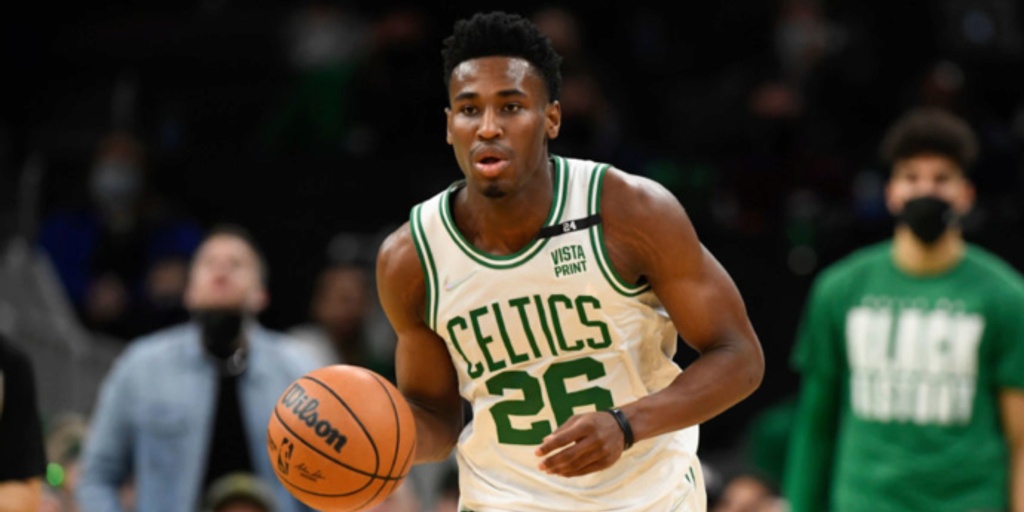 Boston Celtics forward Aaron Nesmith was helped off the court after spraining his right ankle Thursday night against Memphis.

Nesmith was hurt going for a defensive rebound with 6:53 left in the first quarter. He remained on the court for several minutes before members of the Celtics’ training staff helped him to his feet, then led him to the tunnel with his arms draped around their shoulders.