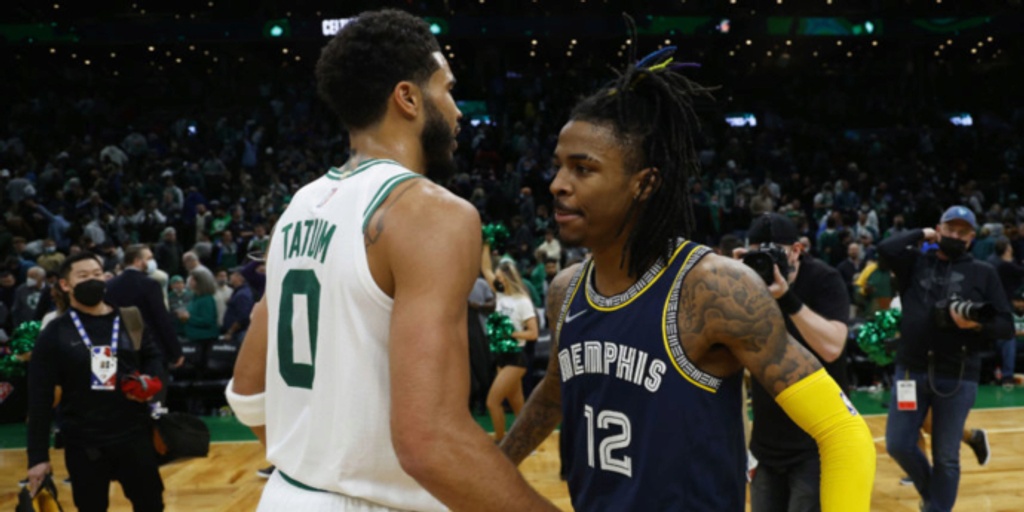 Jayson Tatum scored 21 of his 37 points in the fourth quarter, leading the Boston Celtics past the Memphis Grizzlies 120-107 on Thursday night.

Ja Morant, coming off a career-high 52 points Monday night in a win over San Antonio, scored 38 for Memphis after struggling through the first quarter. Desmond Bane finished with 17 points and seven assists.

Boston started pulling away in the second half, opening the third period on a 10-2 run and then turning to Tatum, who was celebrating his 24th birthday, throughout the fourth.

After Bane hit a 3-pointer that pulled Memphis within 91-84, Tatum scored six straight for Boston and followed that with an assist on a jumper by Payton Pritchard that put Boston up 99-84. Tatum scored the next eighth points for Boston, then added a 3-pointer that finished off the Grizzlies, giving Boston a 115-100 lead with 1:34 left to play.

Morant, who was 0 for 6 in the first quarter with a pair of free throws, ended up scoring 30 points in the second half as he tried to keep the Grizzlies within range. He did show his leaping ability late in the second quarter on an alley-oop, slamming down a one-handed dunk off a pass from Kyle Anderson to pull the Grizzlies within 45-42 with 1:39 to go before halftime.

Already missing starting forward Jaylen Brown with a sprained right ankle, the Celtics lost his replacement to the same injury early in the first quarter when Aaron Nesmith rolled his ankle after going up for a defensive rebound. He did not return.

Grizzlies: Never recovered from a slow start, making 8 of 29 shots in the first quarter and hitting just 2 of 14 3-pointers. ... G/F John Konchar missed his second straight game with a sprained left ankle.

Celtics: First-year coach Ime Udoka was named the NBA Eastern Conference coach of the month Monday after Boston went 9-2 in February. … Boston led 26-20 at the end of the first quarter despite committing six turnovers.