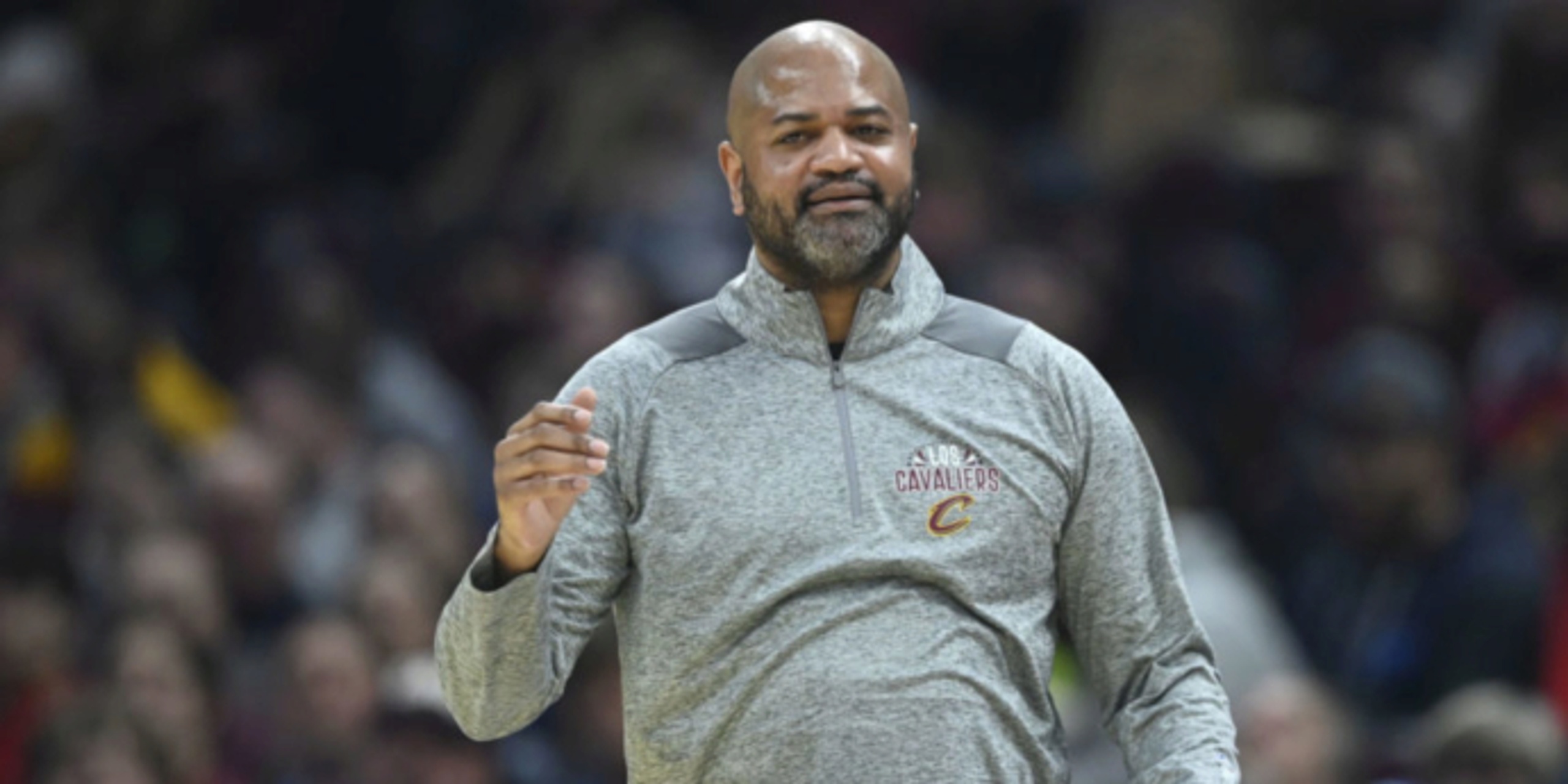 Cavaliers coach J.B. Bickerstaff was fined $20,000 by the NBA on Friday for his behavior while being ejected from a game this week.

Bickerstaff received two technical fouls and was tossed — for the first time as Cleveland's coach — by referee Natalie Sago in the third quarter of Monday night's 199-98 loss to the Charlotte Hornets.

The league fined Bickerstaff for using inappropriate language toward the officiating crew and not leaving the court “in a timely manner.”

Bickerstaff was angered by several calls and erupted with 8:36 left in the third quarter after Cavs forward Cedi Osman was whistled for a blocking foul.

Following the game, Bickerstaff said he apologized to his team, staff and children.

“Nobody should see that,” he said. "That’s on me needing to improve and be better. It’s a combination of frustrations, obviously, but I need to stay in the fight. I need to be better.”

The Cavaliers have lost five of six heading into Friday night's game at Philadelphia.

MORE:
NBA News
Cavaliers

Why they are all special: A guide to the top-five NBA rookies
Going back in time for a 7-on-7: NBA Stars of Today vs. Team 1990

Featured News

Examining how Rudy Gobert fits with the Minnesota Timberwolves
6h
Why Kevin Durant's attraction to the Suns should come as no surprise
23h
What does Jalen Brunson's new contract mean for the New York Knicks?
yesterday
What would a Kevin Durant trade look like?
1 week
NBA trade reaction: Breaking down the 4-player Nuggets-Wizards swap
2 days
NBA trade reaction: Analyzing Dejounte Murray's fit with the Hawks
2 days
Prospect Plays: How the Rockets can use Jabari Smith Jr.
3 days
Examining potential free-agency destinations for Collin Sexton
3 days
Examining John Wall's fit with the Los Angeles Clippers
4 days
Subscribe to our newsletter
SUBSCRIBE
Follow Us



Basketball News
Home
Podcasts
Scores
Draft
Stats
News
Charts
Contact
Contact Us
Advertise With Us
Terms Of Use
Privacy Policy
Do Not Sell My Personal Information
Cookie Policy
Download Our App!
Stay up-to-date on all things NBA
Copyright © BasketballNews.com 2020. All Rights Reserved.
