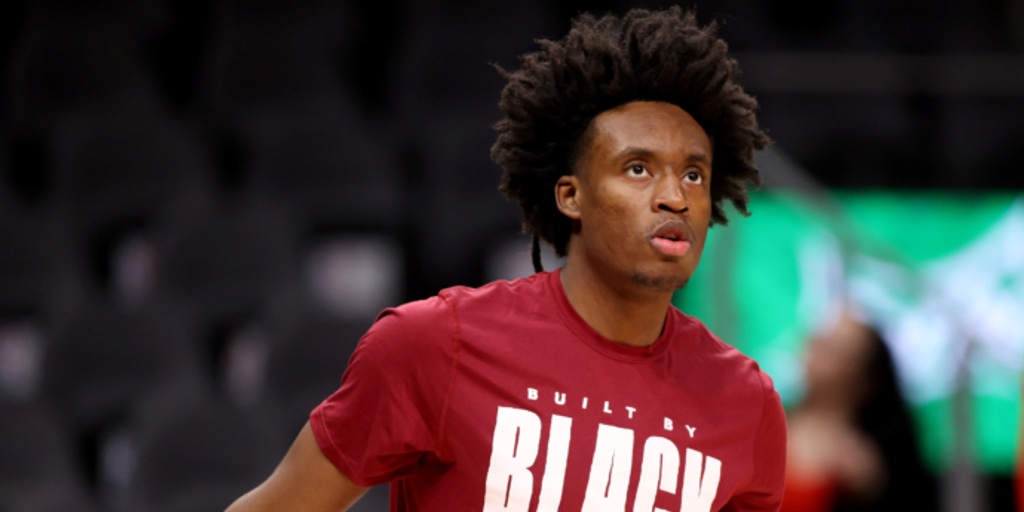 The Cleveland Cavaliers made the expected move and Tuesday extended a qualifying offer to guard Collin Sexton, who missed most of last season with a knee injury.

Sexton is now a restricted free agent and the high-energy scorer could draw interest from other teams. If Sexton receives an offer sheet, the Cavs can match it.

Teams can begin negotiating with free agents on Thursday.

A first-round pick in 2018, Sexton played in just 11 games last season before tearing meniscus in his right knee and undergoing surgery. The 23-year-old had been playing well and seemed to accept a lesser scoring role alongside All-Star Darius Garland.

The Cavs value his productivity and were thrilled with his attitude last season, when he stayed around the team while rehabbing his injury. Sexton's enthusiasm played a role in the Cavs' 22-win improvement.

Sexton's role isn't as clear as it once was on a team with solid young talent in Garland, second-year forward Evan Mobley and All-Star center Jarrett Allen. However, Koby Altman, the team's president of basketball operations, last week called Sexton “super important” and a "big part of our culture.”

Sexton and the Cavs were unable to reach an agreement on a long-term contract before last season.

The Cavs also made a two-way qualifying offer to guard R.J. Nembhard, He signed a two-way contract in October and appeared in 14 games for the Cavs.