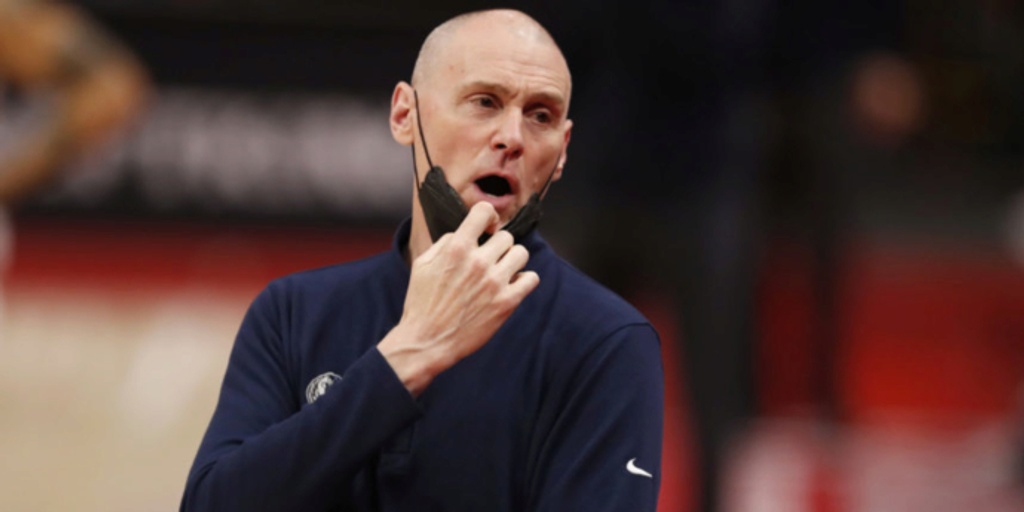 He enjoyed his first two stints in Indianapolis, already had strong relationships with team owner Herb Simon and president of basketball operations Kevin Pritchard and thought the roster was a good fit for his coaching style.

The Pacers appreciated something else — Carlisle's championship resume. On Wednesday, nearly a full week after Pritchard hired him, Carlisle mapped out his vision for the Pacers.

“This is my kind of team. As I look at the roster and as I’ve talked to all these guys, I have an even greater feeling that it’s a group of guys I will have a blast working with," he said. “I like the way they’re talking. We’re going to find a way to play better defense and we’ve got to get back to the playoffs and win in the playoffs."

For the 61-year-old Carlisle, it's essentially a homecoming.

Before spending 13 seasons with the Dallas Mavericks, going 555-478 and winning the NBA championship in 2010-11, Carlisle had already made two stops in Indiana. First, he was Larry Bird's assistant coach during the most successful three-year run in franchise history. Then he returned in 2003 for four seasons as head coach, a tenure best remembered for a brawl during a game at Detroit and the ensuing suspensions that took the Pacers out of title contention.

His new task is to finish what he started.

“We’re in a win-now mode, we’re trying to win and so we identified some traits or characteristics we wanted in a coach," Pritchard said. “Those characteristics were first of all multi-year experience, we really wanted to have someone who had a championship pedigree and that can be challenging to find all of them in one person. What happened in this year’s search is Rick became available.”

Pritchard's description is a stark contrast to search he conducted after firing Nate McMillan last August. Back then, the Pacers wanted a new-age thinker who valued relationships. Nate Bjorkgren got the job in October and was fired in early June after one tumultuous season.

Carlisle is the opposite — a proven winner who does his best work with veteran teams.

So when Carlisle decided to leave Dallas earlier this month, Pritchard contacted his friend. Carlisle's interest changed everything.

Pritchard scuttled his plans to conduct a far-reaching search and instead focused on Carlisle, wrapping up the deal in less than a week.

Carlisle is expected to sign a contract Monday when he arrives after a short working vacation. He said he's spoken with each player and sounds like he's already making plans for next season.

Carlisle provided an impromptu scouting report Wednesday on almost every Pacers player and explained why he thinks this team, which finished 34-38 and missed the playoffs for the first time in six years, will get back into the postseason and contend for championships.

“My goal with this group is to develop it to a point a where we take great joy in getting good shots on the offensive end and take great joy in playing good defense,” he said before addressing the Domantas Sabonis-Myles Turner combination. “I think there are ways we can work with their individual games and help them mesh with other guys on the floor. I’ve talked to both of them about it, and they’re open to it. Myles is such an elite rim protector and that’s such an important part of the game if you’re going to get better defensively. And Domas, as I mentioned earlier, can do so many things.”

What's hindered Indiana most recently has been injuries. The Pacers lost T.J. Warren, their top scorer in 2019-20, after just four games and Turner won the NBA blocks title despite missing 24 of the Pacers' last 25 games.

Carlisle has a history of managing players' workload when they're dealing with physical issues.

“If a guy has a significant injury history and you play him the first 12 minutes of the game, that’s tough,” he said. “As a guy becomes fatigued, he becomes more susceptible to injury. So one of the things we did with Dirk Nowitzki the year we won the championship is we started playing him three stretches per half. In that scenario, playing those six or seven-minute stretches, he never gets gassed and he helps the players around him.”