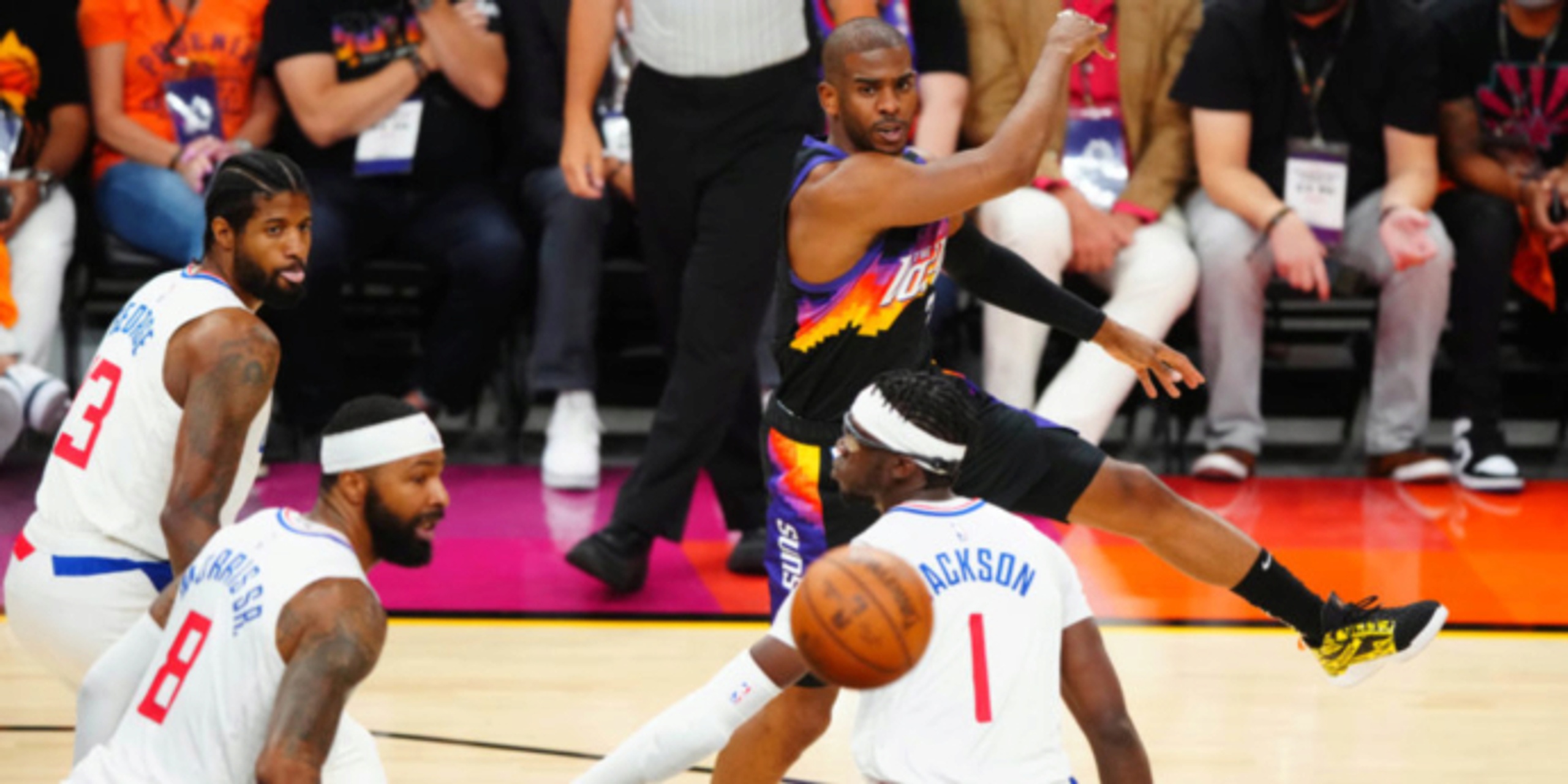 Everything you need to know ahead of Clippers-Suns Game 6

Can the Clippers come back from another 0-2 deficit? Let’s take a look at who has the edge in Game 6 and find out the NBA best bets for this playoff matchup.

The Clippers finally looked like themselves in Game 5. Their defense was strong, holding Phoenix’s dynamic offense to 102 points, and 9-26 from three-point land. When it comes to gambling, the oddsmakers have made the Suns a small, 1-point favorite tonight.

Paul George had one of the best games of his career on Monday, going off for 41 points, 13 boards and 6 assists. He has played well this series, even without Leonard, averaging 30.2 points, 10.8 rebounds, and 6.2 assists per game. With L.A. in another do-or-die situation tonight, they will need at least a 30-spot from George if they want to push this series to a Game 7.

The Clippers as a whole came out and punched the Suns in the mouth from the jump, even despite losing big man Ivica Zubac for Game 5. Los Angeles fell back on their small-ball lineup that’s been working so well throughout this postseason. They also won the turnover battle, 9-14, and dominated points in the paint, 58-32 -- two areas that will once again be crucial in Game 6. Also, the Clippers need the Suns to have another bad-shooting night from deep.

As for the Suns, despite losing the game, Devin Booker played great. He’s been in a semi-funk since breaking his nose, but he went off for 31-points in his last game out.

With that being said, the Suns go as Chris Paul goes, and he’s been ice cold from three; he’s 0-9 from deep over his last two games. If Phoenix wants to close out the series on the road tonight, they’ll need their backcourt stars and Deandre Ayton to step up and lead them to victory.

Matchup wise, the Clippers have found a lot of success with their small-ball lineup. Los Angeles is used to playing without Leonard, especially due to his load-management rest days, and it's shown on the court. The Clippers still have a ton of talent on this roster and everyone has stepped up, most notably Reggie Jackson. He’s been great all postseason long, so look for him to continue to give this Clippers team the spark it needs scoring wise.

The public is slightly on the Suns in this game, with both the tickets and money around 62% on the road team. When it comes to the total, bettors are expecting a low-scoring game, with 55% of the tickets on the under.

Last game had to take a toll on the Clippers, especially with them so banged up. PG carried a heavy load and most of their starters played extended minutes. We see the Suns’ trio carrying the team in this closeout game to punch their ticket to the NBA Finals.

BetQL’s NBA model ran 10,000 simulations of this game to provide insight on how the contest will pan out, and after all those simulations, the model leans the Suns -1. Currently, the point spread of this game sits at +/- 1 with Suns as road favorites. BetQL’s model would have placed the line at Suns -2, meaning there is some betting value on the -1 number. Keep reading below to get picks from the experts at BetQL.

The model is leaning towards the Suns with a 2-star rating on the game, and projects the final score to be Suns 108, Clippers 106. We’re on the same side as the model. According to the expert bettors, they are backing the Suns as of now too, but be sure to check back with BetQL to see the most updated odds, lines, and spreads for this game before tip.

It’s an elimination game for the Clippers, so they will foul until the very end. I also see some positive shooting regression in-store for both teams, which makes me like the over.

If you want to check out BetQL’s over/under picks for the rest of the NBA playoffs, make sure to check out their site for those picks.

The BetQL computer model has identified a 4-star prop that we like for tonight’s matchup in Terance Mann under 10.5 points. He’s averaging 9.0 points a game this series.

Pick: We are backing the model and taking Mann to go under his 10.5-points mark.

As a Basketball News reader you can get access to BetQL for 30% when you use the code BBN30, so check out BetQL and win the rest of your playoff bets.