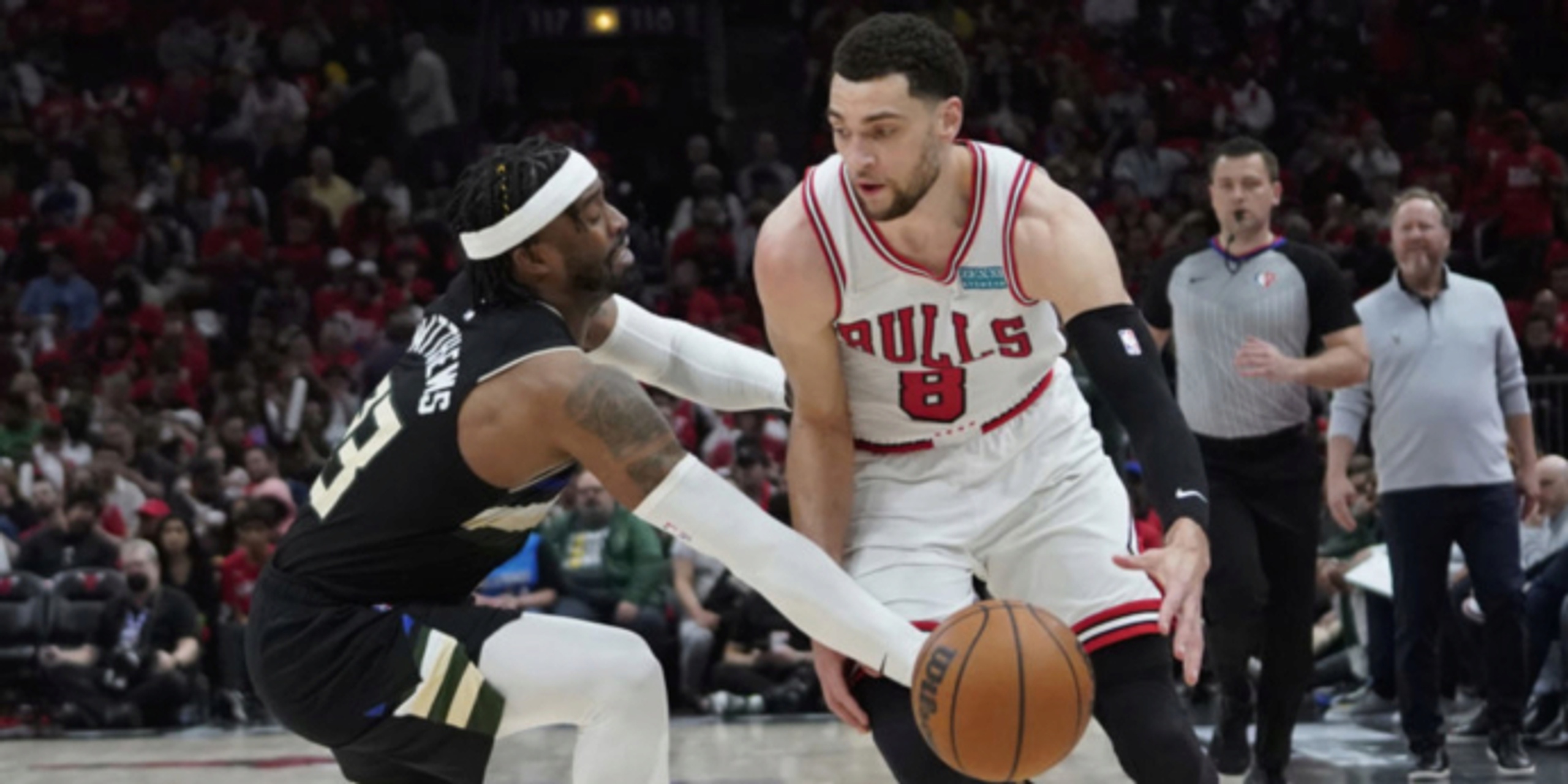 Bulls rule out LaVine, Caruso for Game 5 in Milwaukee

The Chicago Bulls won’t have guards Zach LaVine and Alex Caruso available Wednesday night when they try to keep their season alive in Game 5 of a first-round playoff series with the Milwaukee Bucks.

LaVine is in the NBA’s health and safety protocols while Caruso is in concussion protocols. The Bulls announced Wednesday that neither would play in Game 5.

Both of them had started each of the first four games in this series.

The defending champion Bucks have a 3-1 lead in the best-of-seven series after winning two lopsided games in Chicago. Milwaukee won 111-81 in Game 3 and 119-95 in Game 4.

LaVine, who earned his second All-Star selection this season, entered the health and safety protocols on Tuesday. This marks his third time in the protocols; he tested positive for the coronavirus in April 2021 and again in December.

The Bulls have a 9-6 record in games LaVine has missed this season. He has averaged 19.3 points, 6 assists and 5.3 rebounds in this series.

Caruso left Game 4 after taking an inadvertent hit to the face from Bucks guard Jevon Carter. He has averaged 6.3 points and 4.3 assists in this series, and he earned praise for his defense when the Bulls split the first two games in Milwaukee.

The Bulls also are missing guard Lonzo Ball, who suffered a season-ending knee injury in January. The Bucks are missing three-time All-Star forward Khris Middleton due to a sprained medial collateral ligament in his left knee and reserve guard George Hill because of an abdominal strain.