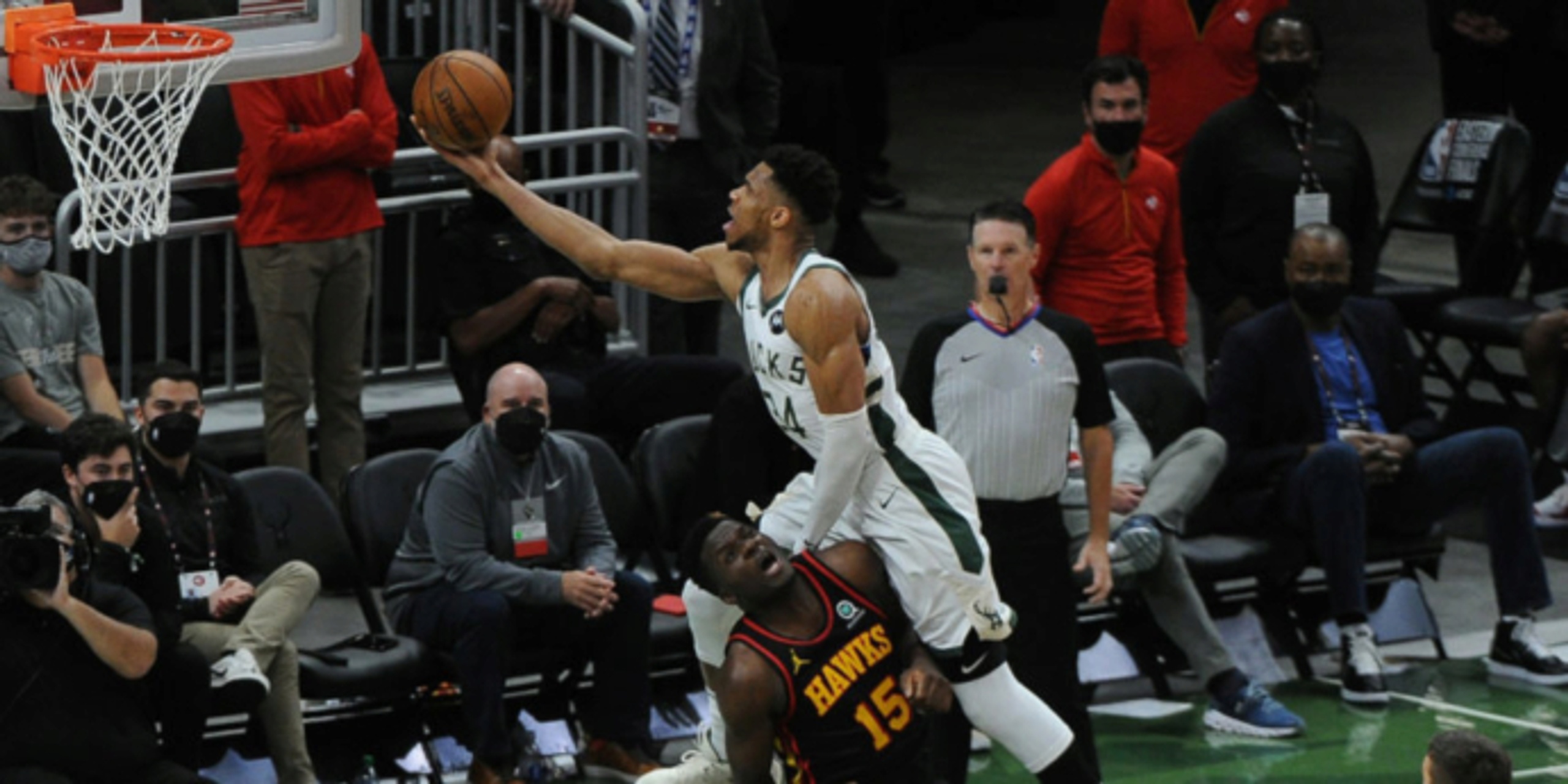 MILWAUKEE (AP) — Giannis Antetokounmpo scored 25 points, Jrue Holiday added 22 and the Milwaukee Bucks blew out the Atlanta Hawks 125-91 on Friday night to even the Eastern Conference finals at a game apiece.

The Bucks never trailed, scored 20 straight points late in the second quarter and led by at least 30 throughout the second half. Both teams rested their starters for the entire fourth quarter.

Atlanta’s Trae Young struggled for much of the night after finishing with 48 points and 11 assists in the Hawks’ 116-113 Game 1 victory. Young scored 15 points but matched a career worst with nine turnovers before leaving the game for good with 3:48 remaining in the third quarter.

This marks the third straight series in which the Hawks lost Game 2 after winning Game 1 on the road. Those Game 2 losses have been decided by a total of 59 points.

The series shifts to Atlanta for Game 3 on Sunday.

Danilo Gallinari had 12 points and John Collins added 11 for the Hawks.

Milwaukee was intent on making life difficult for Young two nights after the Bucks blew a seven-point lead in the final four minutes of Game 1. Young’s Game 1 performance had made him the first player ever with at least 45 points and 10 assists in a conference finals game.

Young committed eight turnovers in the first half alone. He shot 6 of 16 overall and 1 of 8 from 3-point range.

Milwaukee pulled ahead in the opening minutes as Antetokounmpo continually got to the rim for easy baskets. The Bucks already owned a double-digit lead before going on a 20-0 run late in the second quarter to break open the game.

Holiday scored nine points in the spurt and capped the run with a 3-pointer and layup. Lopez added seven points during that stretch.

The Bucks led 77-45 after a first half in which they shot 64.6% and capitalized on 13 Hawks turnovers, including eight from Young.

Bucks: The Bucks shot 52.1%, the first time they've shot over 50% in this postseason. ... Antetokounmpo's early exit due to the lopsided score resulted in the end of his franchise-record string of six straight games in which he had at least 30 points and 10 rebounds. The last player to collect at least 30 points and 10 rebounds in six straight playoff games was Shaquille O'Neal in 2002. ... The Bucks improved to 12-3 in playoff games at Fiserv Forum.