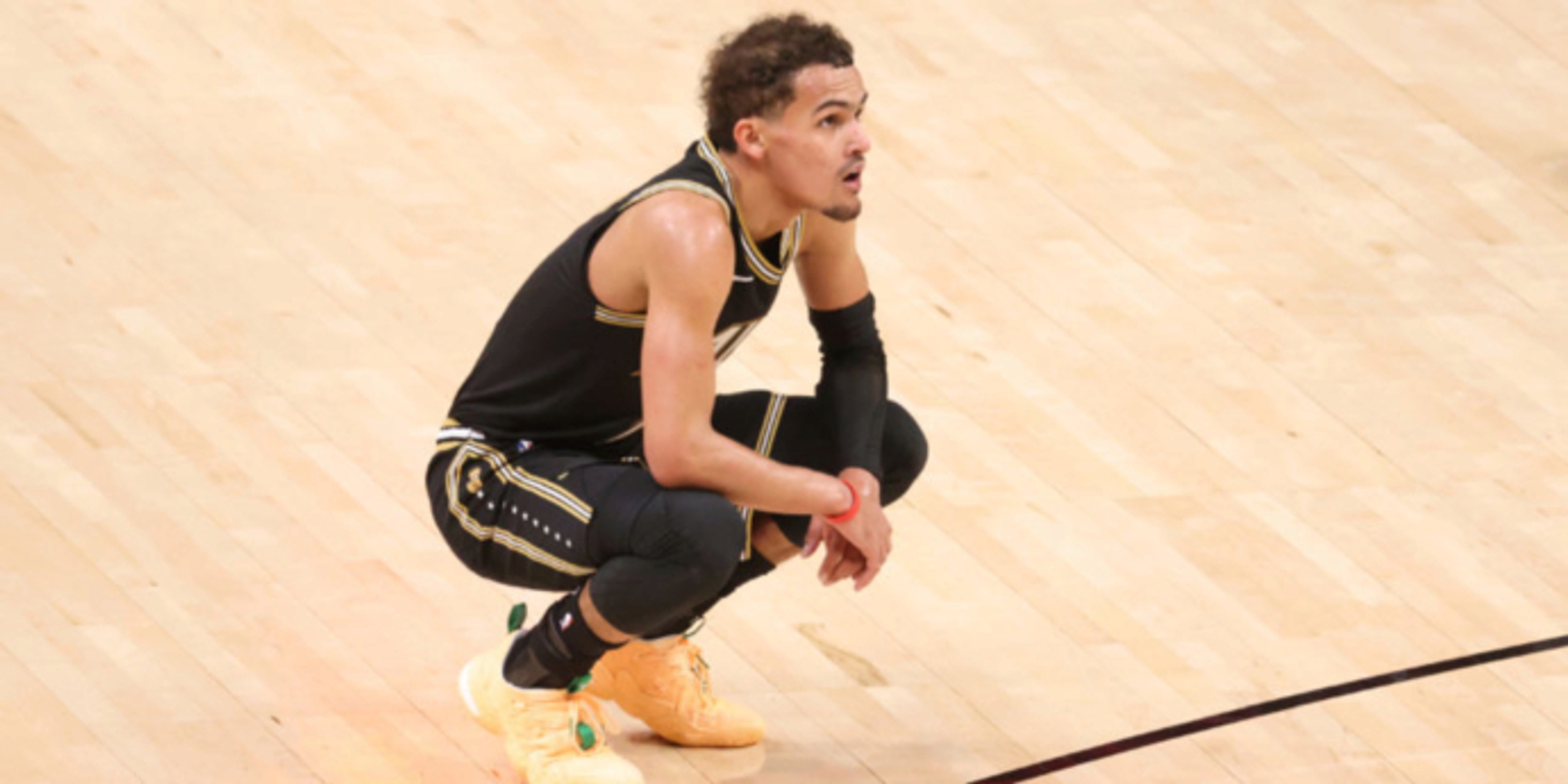 As the final seconds ticked off on a season that lasted far longer than anyone expected, the crowd rose to its feet to salute the home team.

The Atlanta Hawks sure earned the cheers.

Making an improbable turnaround from what looked like another lost year, the Hawks earned a spot in the playoffs for the first time since 2017, knocked off the top-seeded team in the East, and made it all the way to the conference finals.

The Cinderella run finally ended Saturday night with a 118-107 loss to the Milwaukee Bucks, who won the series 4-2 and advanced to the NBA Finals to take on the Phoenix Suns.

But the disappointing finish did nothing to dampen the enthusiasm of a long-downtrodden franchise that seems poised for more long-term success than at any time since moving to Atlanta in 1968.

“This is the beginning,” Trae Young said. “We have the city excited and we want to keep it like that.”

The Hawks will likely bring back largely the same cast next season, though they do have two major issues to address: power forward John Collins’ contract status and the interim tag on Nate McMillan’s coaching title. Each boosted his value with the team's improbable postseason run.

“Obviously it's something I feel like I’ve voiced my opinion about a lot, saying I want to be here,” Collins said Sunday. "I’ve tried to be the best professional I can and let the business side be the business side.

“We’re going to have to come to a decision very soon, but hopefully the best one for me and the one that keeps me here.”

Veteran backup Solomon Hill said Sunday he expects McMillan to return unless another team “gave him a zillion dollars and some ownership stake.”

“He’s doing the things he has to do to take care of himself and his family, just like anybody and everybody else would do,” Hill said. “But Nate is our coach. He’s just waiting to get the final details and all that stuff. Like I said, unless the Orlando Magic came in and gave him a hundred million a year or something crazy, Nate McMillan is going to be our coach.”

McMillan and Young led the young team on a memorable postseason run.

With Young turning in one dominant performance after another, Atlanta romped past the resurgent New York Knicks in the opening round, then stunned the top-seeded Philadelphia 76ers in the conference semifinals, winning Game 7 on the road.

The Hawks finally met their match against Milwaukee. They were left to wonder how things might've turned out if Young had not been injured in a freak accident in Game 3 when he stepped on an official's foot along the sideline and twisted his right ankle.

Young missed the next two games with a bone bruise and, even though he was cleared to play Game 6, he clearly wasn't at his best. The charismatic point guard finished with just 14 points on 4-of-17 shooting.

“I just wanted to battle and try to fight through it as much as I could, try to be out there for my team,” Young said. “But it was definitely frustrating not being healthy and not being able to give my full 100%.”

After struggling in the playoffs in his previous coaching stops, McMillan showed that he's capable of leading a team to postseason success.

There was nothing exciting about the Hawks the past three seasons. They endured lots of losing while rebuilding the roster around a string of bountiful drafts that brought in Young, Collins, Kevin Huerter, De’Andre Hunter and Cam Reddish.

Flush with cash and finally ready to make a push in the standings, the Hawks spent big in the free-agent market last fall to bring in Bogdan Bogdanovic and Danilo Galinari, giving the team a much-needed veteran presence.

But when the Hawks approached the All-Star break with a 14-20 record, it looked like more of the same. Lloyd Pierce was fired as coach after less than three seasons on the job, the team turning to McMillan as the interim boss in hopes he could spark a turnaround.

Boy, did he ever.

With McMillan instilling a newfound toughness that paid off in the fourth quarter of close games, the Hawks played as well as any team in the league the rest of the season — a 27-11 mark that gave them the No. 5 seed in the Eastern Conference playoffs.

Atlanta general manager Travis Schlenk, who has seemingly made all the right moves in building the roster, is clearly not sure if he wants to tie up so much money on Collins — especially when it's clear that Young is the face of the franchise and will soon be getting a huge deal of his own.

Young is eligible for a max extension.

“I’m a big live in the moment type of person,” Young said Sunday. “Hopefully it comes. We’ll have to wait and see when it happens.”

Even if the Hawks decide to part ways with Collins, they will go into next season viewed with a whole new respect by the rest of the league.

Reddish is 21. Young and Huerter are 22. Hunter is 23. Clint Capela, who led the NBA in rebounding and became the bulwark of the Hawks' defense, is 27. Bogdanovic is 28.

And don't forget the most recent first-round pick, center Onyeka Okongwu, who had a promising rookie campaign at age 20.

Collins, who is just 23, would love to be part of the mix, as well.

They appear ready to reap the rewards for years to come.

“We’ll be back!” Young yelled to the crowd on his way off the court.

“I meant that with my whole heart,” he said. “It’s been a special season and I’m excited about what’s to come.”