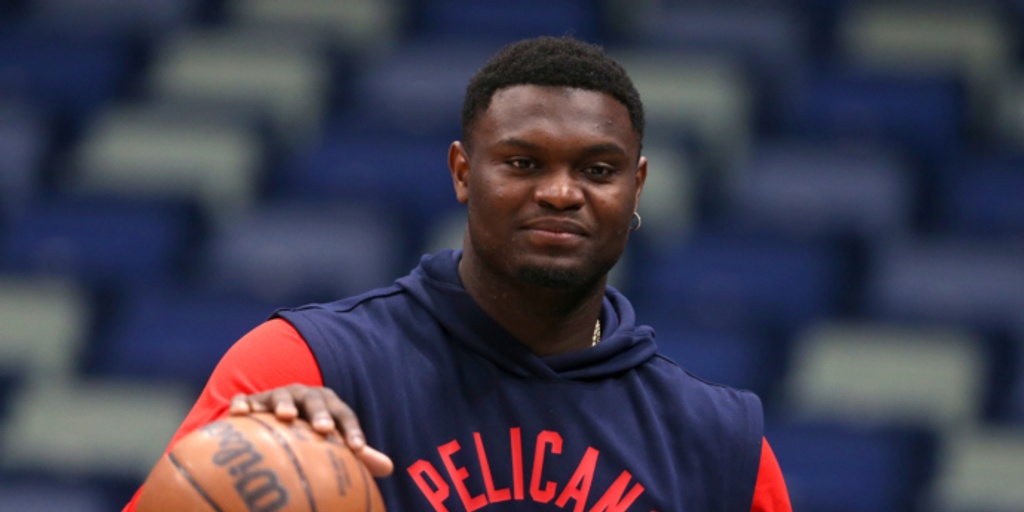 It was in early July when Zion Williamson signed a five-year extension with the New Orleans Pelicans. New details have since come out regarding other details of the contract.

Williamson -- who has struggled with his conditioning and weight since joining the NBA in 2019 -- will have weigh-ins throughout the five years that could trigger de-escalators, according to Christian Clark of the New Orleans Times-Picayune.

Clark reports that the sum of his weight and body fat percentage must be below 295 or else the Pelicans can reduce the guaranteed money in his contract.

Williamson's new contract extension is set to pay him $193 million over five years but, as Clark adds, he could make as much as $231 million if he is able to make an All-NBA team, win Most Valuable Player, or be named the Defensive Player of the Year next season.

Williamson is listed at 284 pounds but he has stuggled to keep that weight after suffering multiple lower body injuries since turning pro. In July 2021, he learned that he fractured the fifth metatarsal in his right foot. He reported to camp well above 300 pounds and missed the entire season.

He has been focused on his conditioning since being cleared in May. That includes working with person trainer Jasper Bibbs who spend five seasons with the Utah Jazz while also hiring a private chef.