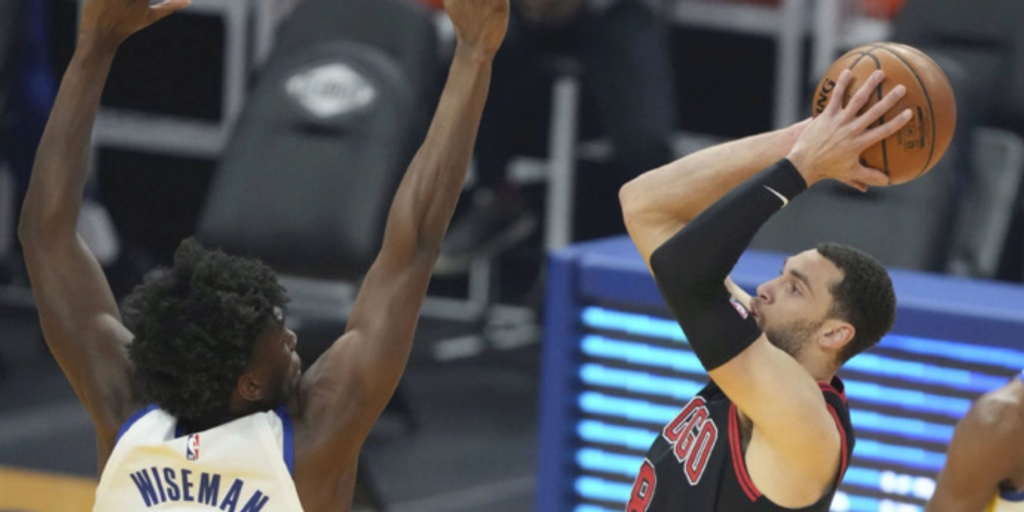 Zach LaVine reaggravated a sprained ankle in Monday's 116-102 loss to the Golden State Warriors. After the game, LaVine conceded that he may take extra rest days to heal the injury.

"It’s a decision I’m going to have to make coming up, because obviously you guys can tell, I’m not myself," LaVine said. "I’m just trying to go out there and obviously tough it out. But I rolled it a little bit again today, so I’ll figure it out later.”

The 26-year-old is averaging a career-high 27.5 points per game and leading an improving Bulls team. But LaVine scored just 12 points on Monday, and will regroup with trainers on a plan going forward.

"I feel I’m back at square one again. So I’m going to have to try to make some adjustments," he said. "Obviously, I’ll do everything I can to get myself ready to go, but I’ll have a conversation going forward (with the Bulls' medical staff) and figure it out.”

If LaVine does rest, Chicago will have to lean on Coby White and All-Star trade acquisition Nikola Vucevic to pick up the scoring slack.