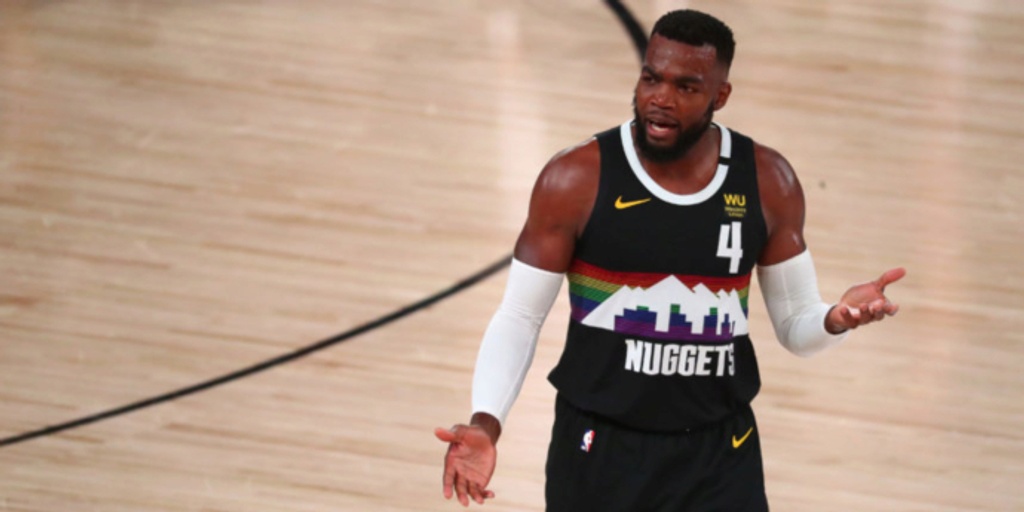 We're now nearly a month into NBA free agency, and as expected, all of the big names are off the market. But the 2021 free-agency class was so large, that even weeks later, a number of quality pros remain available.

At this stage, your favorite squad isn't likely to sign a game-changer. But there are plug-and-play veterans and young castoffs who can provide value to any roster. Paul Millsap headlines the remaining best available players, and dozens of others are worth taking a peek at.

Below are some notable unsigned players for each of the three umbrella positional groups.

Matthews has now played for five teams in three seasons. The 34-year-old most recently suited up for the Lakers in 2020-21, averaging 4.8 points per game in a bench role. Matthews provides toughness on both ends as a 3-and-D veteran.

Redick can still shoot it (37.1% from three last season) but has lost much of the explosiveness off the ball that made him such a threat throughout his career. The 37-year-old played for the Pelicans and Mavericks last season, and could help a team searching for an offensive spark. Redick has said that he will likely take his time, skipping training camp and signing with a team in a few months.

Bradley was traded from Miami to Houston at the March 25 trade deadline, but did shoot 42.1% from long range during his short stint with the Heat. The 30-year-old has been part of a number of successful teams, including the Lakers' championship squad in 2020. He'll be able to provide adequate shooting and defense wherever he lands.

Galloway played a minor bench role for the Suns in their trip to the NBA Finals. The 29-year-old did what he was asked: he shot well from the perimeter (42.4%) and turned the ball over just 13 times in 480 minutes. He'll be a valuable and reliable reserve wherever he goes.

The 2017 No. 8 overall pick never found his groove with the New York Knicks. Ntilikina's minutes were halved in his fourth season (just 9.8 per game) as he battled on the outside of Tom Thibodeau's rotation. He's still only 23 years old, though, and is an NBA-caliber perimeter defender. Ntilikina also made 23 of his 48 three-point attempts in 2020-21, a 47.9% clip albeit on a small sample size.

The journeyman wing has taken the court for seven franchises in his seven professional seasons. Ennis has made 36.0% of his threes in his career, but canned 43.3% of those looks with the Orlando Magic in 2020-21. He can operate as a mini microwave scorer, and floor-spacing wings will always have value in today's NBA.

Johnson worked his way to increased playing time with the Toronto Raptors last season, even starting 13 games for the team. It was a mixed bag — he shot just 37.8 percent from the field — but the former 2015 lottery pick had some bright moments, including a 35-point, 10-rebound effort in a May 13 loss to Chicago. Johnson has improve notably as a defender and may be one of the better free agent "flier" options.

If a team is looking for a defensive spark plug, they should start with Hollis-Jefferson. The 26-year-old can guard both forward spots and even some smaller bigs with his length and energy. Hollis-Jefferson has a rough offensive foundation, but he wouldn't need to be relied on as more than a finisher.

Millsap has slowly regressed with age, and at 36 years old, is no longer the Swiss Army knife he has usually been on both ends. But he's still a versatile piece that teams can plug in at power forward or center while shooting the ball respectably. Millsap spent his last four seasons with the Denver Nuggets., and the Warriors and Nets have reportedly demonstrated recent interest.

Timberwolves fans were intrigued by Vanderbilt last season. The 22-year-old made 30 starts and generally battled on defense and on the glass. Vanderbilt also made 71.7% of his attempts around the rim, and still radiates potential.

It appears that the veteran Aldridge, who retired just a few months ago due to a heart condition, has consulted with medical personnel and decided to attempt a return to the NBA (per ESPN's Adrian Wojnarowski). Just based on the finesse center's face-up capabilities and ability to stretch the floor, he should draw plenty of suitors. He last played for the Nets.

The Nuggets traded Hartenstein to the Cleveland Cavaliers at last spring's deadline. He seemed to find a groove in Cleveland, averaging 8.3 points, 6.0 rebounds and 2.5 assists per game. Hartenstein is still only 23 and was a second-round pick in 2017.

Cousins fell out of the Clippers' playoff rotation because he simply wasn't up to par with the smaller, faster matchups he often faced. Injuries have drained the 30-year-old of his athleticism. But Cousins quietly became a knockdown, low-volume shooter (42.1% on 1.2 threes per game), and that could be a way to keep his NBA stock afloat.