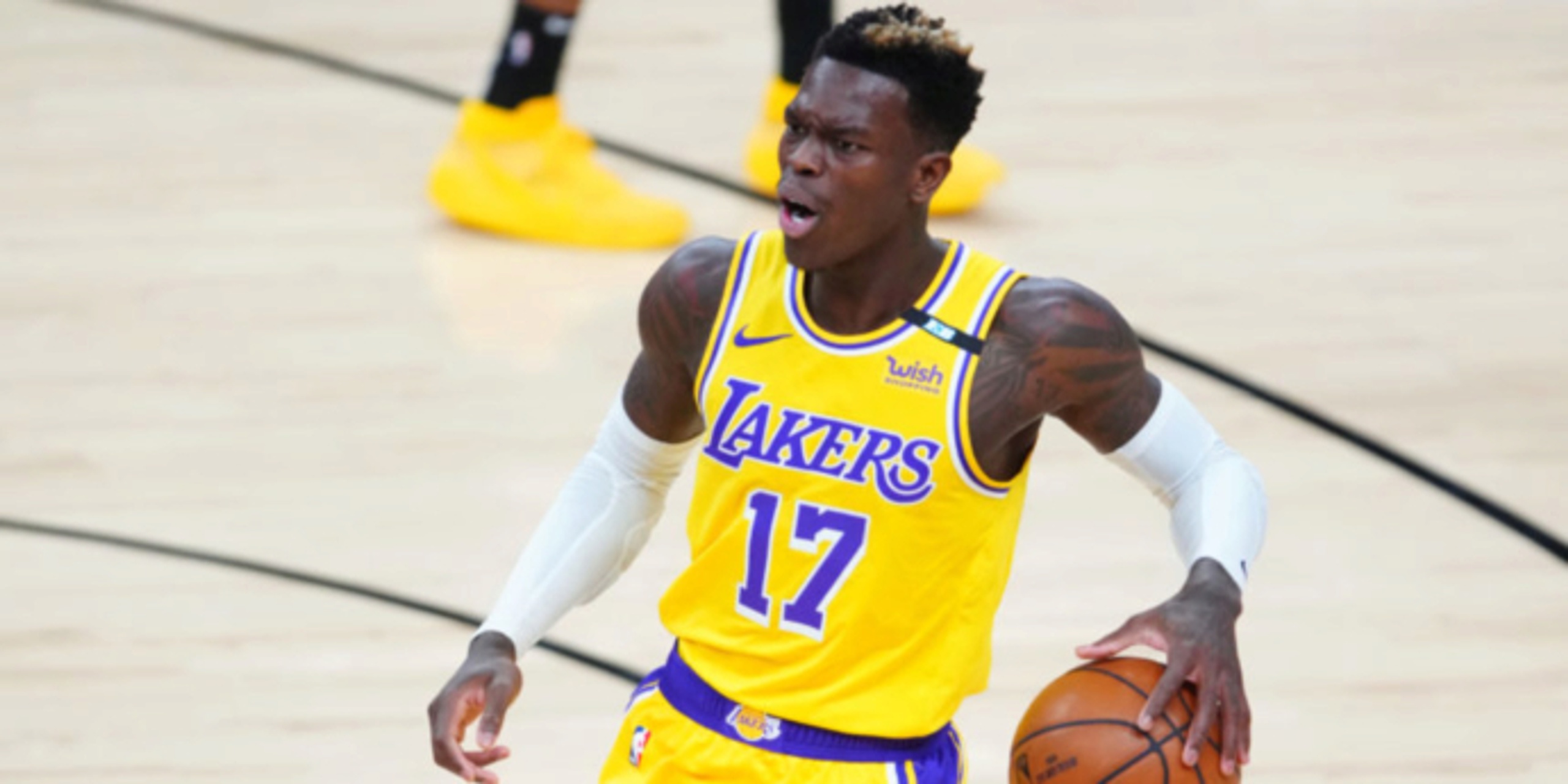 If you blinked even once, you might have missed most of the NBA free-agency drama.

After two days of the moratorium period, many of the best available stars have locked up new contract agreements. Kyle Lowry is taking his talents to South Beach via sign-and-trade, and DeMar DeRozan is off to Chicago in the same scenario. Chris Paul has re-upped with Phoenix.

Dozens of free agents jumped off the board, but plenty of quality players are still searching for a new squad. If you've lost track of who's available, we have you covered here. Here are the best options remaining at each of the positional groups.

Schroder reportedly turned down a four-year extension worth $84 million during the season. At this stage, it is unclear where he could sign, or for how much. Schroder started all 61 regular-season games played for the Los Angeles Lakers last season.

Matthews has now played for five teams in three seasons. The 34-year-old most recently suited up for the Lakers in 2020-21, averaging 4.8 points per game in a bench role. Matthews provides toughness on both ends as a 3-and-D veteran.

Redick can still shoot it (37.1% from three last season) but has lost much of the explosiveness off the ball that had made him such a threat throughout his career. The 37-year-old played for the Pelicans and Mavericks last season, and could help a team searching for an offensive spark.

Diallo was traded somewhat surprisingly from Oklahoma City to Detroit last year. With the Pistons, the athletic guard averaged 11.2 points and 5.4 rebounds per game. Still just 23 years old, he's a worthwhile flier, though the Pistons can match any offer.

Bradley was traded from Miami to Houston at the March 25 trade deadline, but did shoot 42.1% from long range during his short stint with the Heat. The 30-year-old has been part of a number of successful teams, including the Lakers' championship squad in 2020. He'll be able to provide adequate shooting and defense wherever he lands.

Galloway played a minor bench role for the Suns in their trip to the NBA Finals. The 29-year-old did what he was asked: he shot well from the perimeter (42.4%) and turned the ball over just 13 times in 480 minutes. He'll be a valuable and reliable reserve wherever he goes.

Leonard is still technically a free agent, and there have been no reports of him agreeing to a new contract yet. But all signs have pointed to him staying with the Los Angeles Clippers, hence the lack of chatter. Unfortunately, it'll be a while before we see him in game action as he recovers from the ACL injury suffered in the 2021 playoffs.

Hart has not had the same perimeter success as he did coming out of Villanova in 2017. He made just 32.6% of his attempts this past season, and is below 35% from the arc in his career. The 26-year-old does rebound well for his position; Hart averaged 8.0 per game last year.

It just hasn't quite clicked yet for the former 2015 lottery pick, who fought the injury bug and appeared in 26 games for the Grizzlies in 2020-21. He finished the regular season strong with 25 points, 13 rebounds and four assists in a win over the Sacramento Kings. But Winslow shot just 35.2% from the floor on the year.

The former Jayhawk played 36 games for the Detroit Pistons before being dealt to OKC. Mykhailiuk had a down year shooting the ball (33.4% from deep in total), but profiles as a sharpshooter with room to grow.

Timberwolves fans were intrigued by Vanderbilt last season. The 22-year-old made 30 starts and generally battled on defense and on the glass. Vanderbilt also made 71.7% of his attempts around the rim, and still radiates potential as a 6-foot-9 combo forward.

Bonga is still just 21 years old despite being drafted in 2018. He's another interesting name as a versatile defender who can handle the ball a bit at 6-foot-8. The German forward is also a non-shooter at this stage, but could develop into a rotation piece with the right developmental support.

Markkanen's offseason has reached a confusing place. He was not part of the Chicago sign-and-trade that netted DeRozan, and the Bulls still have their qualifying offer in place, making Markkanen a restricted free agent. But with Nikola Vucevic locked down at center and Patrick Williams likely penciled in at power forward, it's tough to see where Markkanen fits if he were to return to the Bulls.

Millsap has slowly regressed with age, and at 36 years old, is no longer the Swiss Army knife he has usually been on both ends. But he's still a versatile piece that teams can plug in at power forward or center while shooting the ball respectably. Millsap spent his last four seasons with the Denver Nuggets.

It appears that the veteran Aldridge, who retired just a few months ago due to a heart condition, has consulted with medical personnel and decided to attempt a return to the NBA (per ESPN's Adrian Wojnarowski). Just based on the finesse center's face-up capabilities and ability to stretch the floor, he should draw plenty of suitors. He last played for the Nets.

The Toronto Raptors waived Aron Baynes today, per Shams Charania of The Athletic. His run in Canada was underwhelming after a breakout season with the Phoenix Suns, but Baynes still combines physical interior defense, rebounding and a dash of perimeter shooting — all skills that benefit a modern-day big.

The Nuggets traded Hartenstein to the Cleveland Cavaliers at last spring's deadline. He seemed to find a groove in Cleveland, averaging 8.3 points, 6.0 rebounds and 2.5 assists per game. Hartenstein is still only 23 and was a second-round pick in 2017.

Cousins fell out of the playoff rotation because he simply wasn't up to par with the smaller, faster matchups he often faced. Injuries have drained the 30-year-old of his athleticism. But Cousins quietly became a knockdown, low-volume shooter (42.1% on 1.2 threes per game), and that could be a way to keep his NBA stock afloat.

Biyombo has spent the past three seasons with the Charlotte Hornets. He started 36 games this season, and much of his value lies as a rim protector and finisher. Biyombo has averaged 2.3 blocks per 36 minutes over his career.

Davis is a well-liked veteran who suited up for 23 games with Minnesota during 2020-21. He rebounds ferociously, averaging 5.0 boards in just 13.0 minutes per game last year, but doesn't offer much as an offensive player.