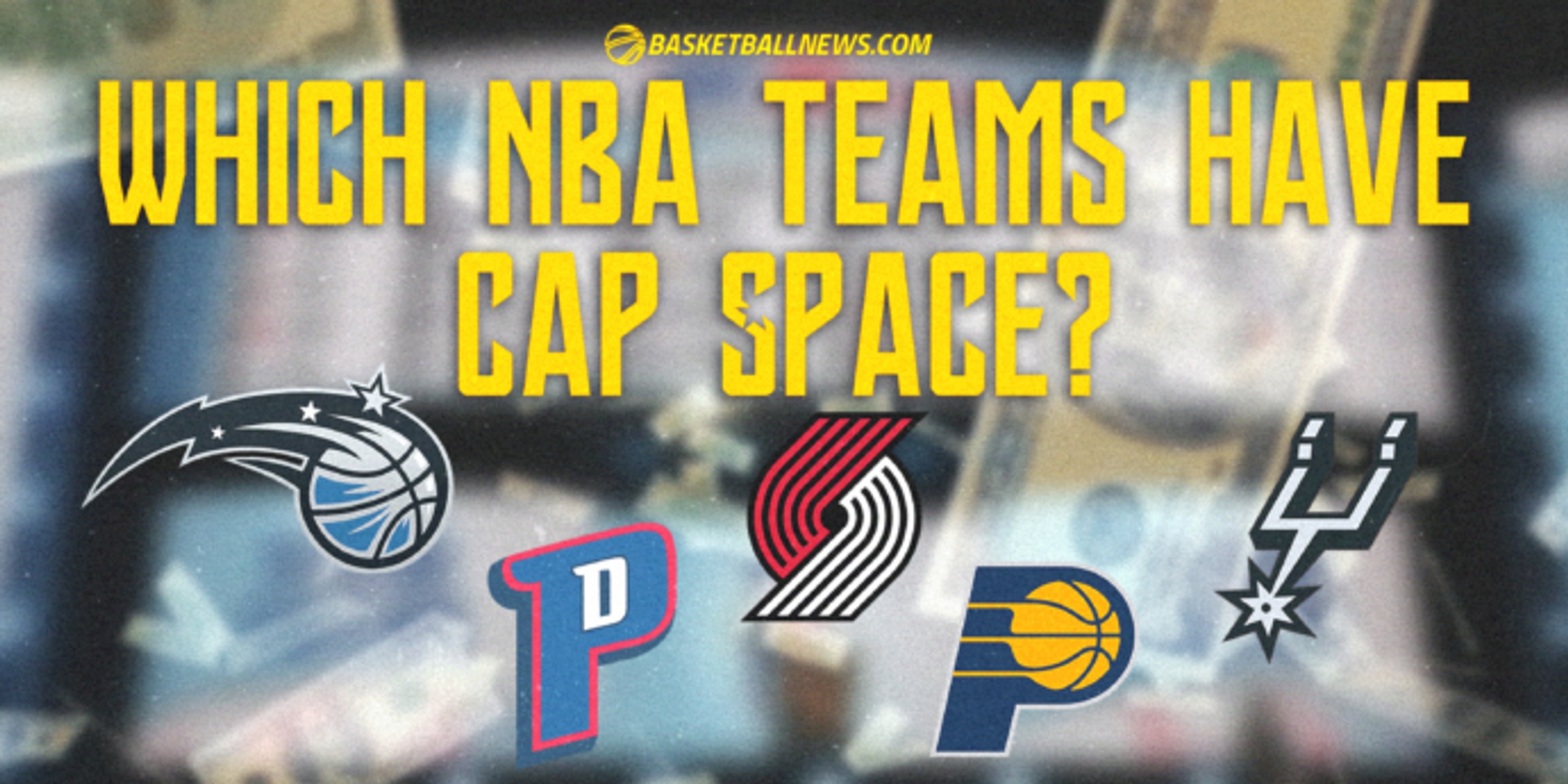 Which NBA teams have the most cap space entering free agency?

Less than three weeks until the NBA’s free-agency period gets underway, how many teams project to have significant cap space this offseason?

As of now, there are just six NBA teams that are poised to have considerable spending power this summer: the Detroit Pistons, Orlando Magic, Portland Trail Blazers, Memphis Grizzlies, Indiana Pacers and San Antonio Spurs.

It's worth noting that these are just projections because front offices still need to make decisions on team options, non-guaranteed contracts, whether to renounce their own free agents, etc. These projections are courtesy of Ducking The Tax.

Detroit has the No. 5 pick in the 2022 NBA Draft and could have the most cap space in the NBA, so this is a huge offseason for Troy Weaver and Co. Given the Pistons’ flexibility and desire to add talent around Cade Cunningham, Detroit has been mentioned as a possible suitor for Deandre Ayton, Jalen Brunson, Collin Sexton and Mitchell Robinson among others. It remains to be seen if the Pistons will use the bulk of their cap space this summer.

All eyes are on the Magic entering this offseason, as they own the No. 1 overall pick in the 2022 NBA Draft and they will have a ton of cap space. Some projections have Orlando with more cap space than Detroit, but it depends what the Magic do over the next few weeks.

It’s also worth noting that this projection includes the $10,907,160 salary that they'll have to pay their No. 1 pick next year. Orlando won just 22 games this season, and it doesn’t seem like the team is in any rush to take the next step forward; the Magic may be comfortable dragging out this rebuild for a few more years and focusing on their young core’s development in the meantime.

The Blazers can create enough cap space to offer a max deal this offseason, but they'd have to waive the Bird rights of Nurkic, Ingles, McLemore, Zeller and Eubanks, as well as Bledsoe and Hart. A more likely outcome is Portland operating as an over-the-cap team, re-signing Nurkic, using its $21 million traded-player exception and then using the non-taxpayer mid-level exception worth $10,349,000. (In this scenario, they'd still be waiving Bledsoe.) The Blazers are a team to watch this offseason, as they have been linked to numerous players in trade rumors. Portland is being aggressive as they look to surround Damian Lillard and Simons with talent.

Seeing the Grizzlies on this list may surprise some people, but they can actually clear quite a bit of cap space this summer. The question is: Will they make the necessary moves to do so?

Memphis could remain over the cap and prioritize re-signing Kyle Anderson and Tyus Jones, who are both unrestricted free agents. Or, the Grizzlies could decide to renounce Anderson, Jones and Jarrett Culver, which would carve out $19.3 million in cap space that they could play with. Another option is they could try to pull off a sign-and-trade using some of their young players and draft picks (since they have eight first-rounders in the next five drafts). Memphis is already a contender, and the franchise enters this offseason as a bit of a wild card given all of its options. 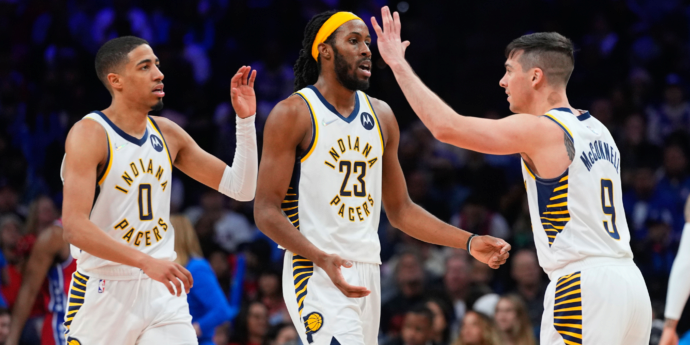 This projection factors in the $6,498,600 salary that Indiana will have to pay the No. 6 overall pick, assuming the team makes the selection. The Pacers could free up more cap space, but that would entail getting rid of certain players (or trading their pick). Oshae Brissett ($1,846,738) and Keifer Sykes ($1,563,518) have a team option. Only $625,000 of Terry Taylor's $1,563,518 salary is guaranteed, and Duane Washington Jr.’s $1,563,518 salary is non-guaranteed too. Indiana can free up additional cap space by renouncing the rights to unrestricted free agents TJ Warren, Ricky Rubio, Jalen Smith and Lance Stephenson.

The Pacers were a 25-win team this season after blowing up their roster, trading away Domantas Sabonis, Caris LeVert, Torrey Craig, Justin Holiday and Jeremy Lamb. It’s possible that they aren’t done making trades, as Malcolm Brogdon has been rumored to be available and Myles Turner could be shopped once again. The Pacers are focused on building around their young core that includes Tyrese Haliburton, Isaiah Jackson and Chris Duarte among others.

Some projections have the Spurs with significantly more cap space, and it’s true that San Antonio's decision-makers could free up more cap room if they so choose. However, that would require them to renounce the rights to Lonnie Walker IV (who’s a restricted free agent with a $6,319,683 qualifying offer and $13,343,688 cap hold) and release Zach Collins (who has a $7,350,000 salary, but only $3,675,000 is guaranteed). Tre Jones' $1,782,621 is also non-guaranteed, but it seems unlikely that San Antonio would move on from the 22-year-old. Also, this projection includes the salaries that San Antonio will have to pay its three first-round picks (No. 9, No. 20 and No. 25), assuming the organization keeps those selections.

While these six teams project to have the most cap space, other teams could still get under the cap via trades. And even if a team doesn’t have cap room, it could still make a significant free-agent addition using the mid-level exception.

Who are the top players available in this summer’s free-agent class? Check out our NBA free-agent rankings and scouting reports here. And for more information about the salary cap and relevant terms to know between now and the start of free agency, check out our free-agency glossary.